The Smithsonian’s National Zoo’s nearly 7-month-old male Bornean orangutan infant, Redd, took his first trip on the O-Line April 4 carried by his mother, Batang. The 50-foot-high suspended cable track gives orangutans the choice and freedom to move between their yards at the Great Ape House and Think Tank.

Batang is a seasoned O-Line traveler and frequently used the track before giving birth. For the past few months, Batang’s comfort with carrying Redd increased, and she regularly climbs to the top of their indoor enclosure at the Great Ape House. Based on Batang’s maternal behaviors and Redd’s developing motor skills, primate animal care staff were confident Batang was prepared to have access to the O-Line. The pair made several successful trips between the Great Ape House and Think Tank.

To replicate the social yet semi-solitary social groupings of orangutans in the wild, the Zoo’s orangutans live in small, flexible groups. Depending on which social group Batang is a part of each day, visitors may catch a glimpse of her, Redd, and the other orangutans on the O-Line. The apes typically have access to cross from late morning to early afternoon. The primate team will evaluate the weather on a day-to-day basis, ensuring that the temperature, wind and precipitation conditions are suitable for Batang and Redd to travel safely. 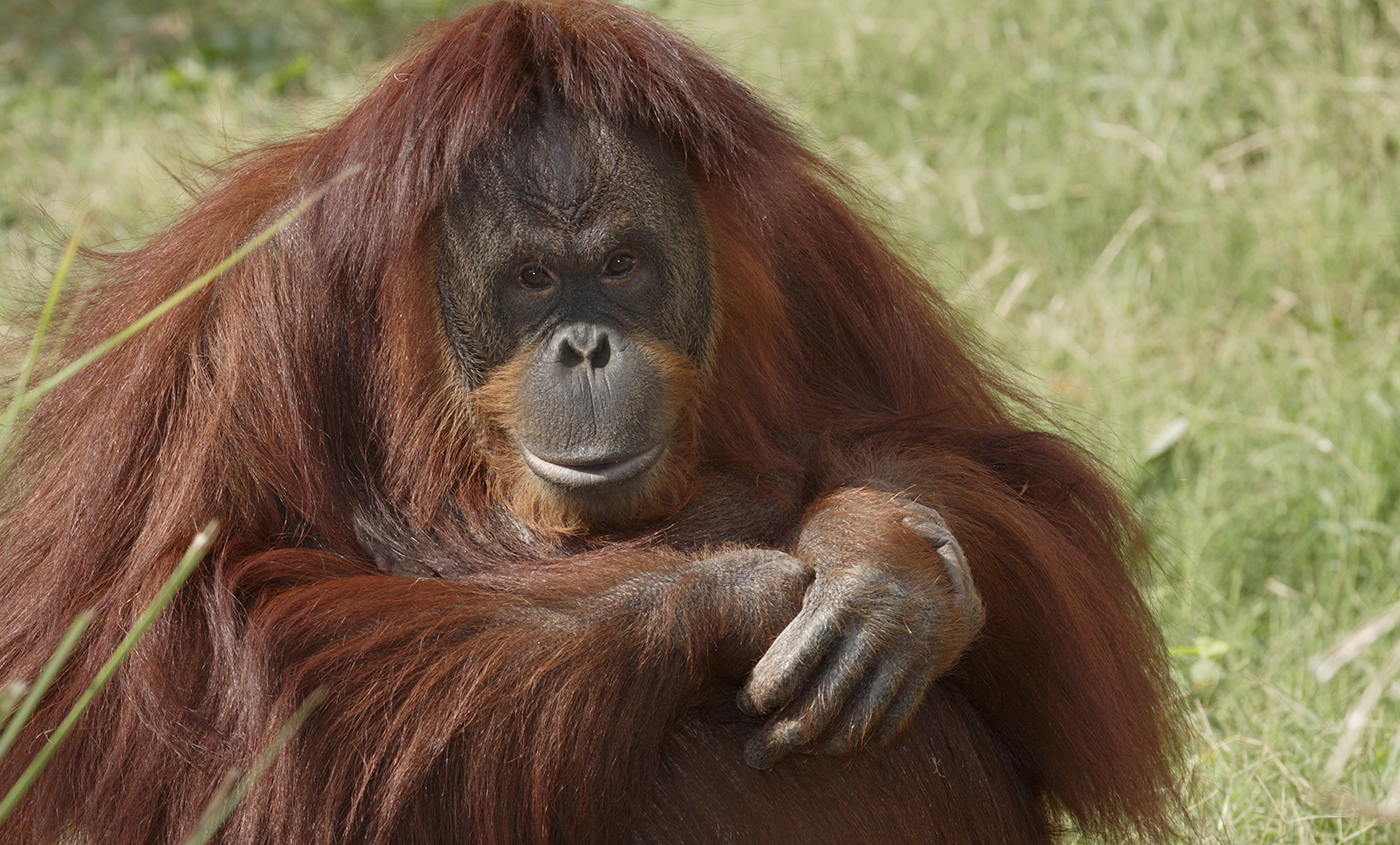