Taking a Swing at Connecting Habitat with Treetop Bridges

How do arboreal species in South America—such as the spider monkey and the tamandua—use tree canopies to move from place to place? Smithsonian Conservation Biology Institute biologist Tremaine Gregory scaled the forest to find out. As a member of the Center for Conservation and Sustainability team, she placed camera traps in the treetops, studying the value of tree branches in connecting fragmented habitat in the heart of the Amazon rainforest. Several areas in the region are considered prime real estate for pipeline development, and Gregory and her colleagues want to determine whether arboreal species will cross tree branches, vines and ropes that extended overhead across pipelines. 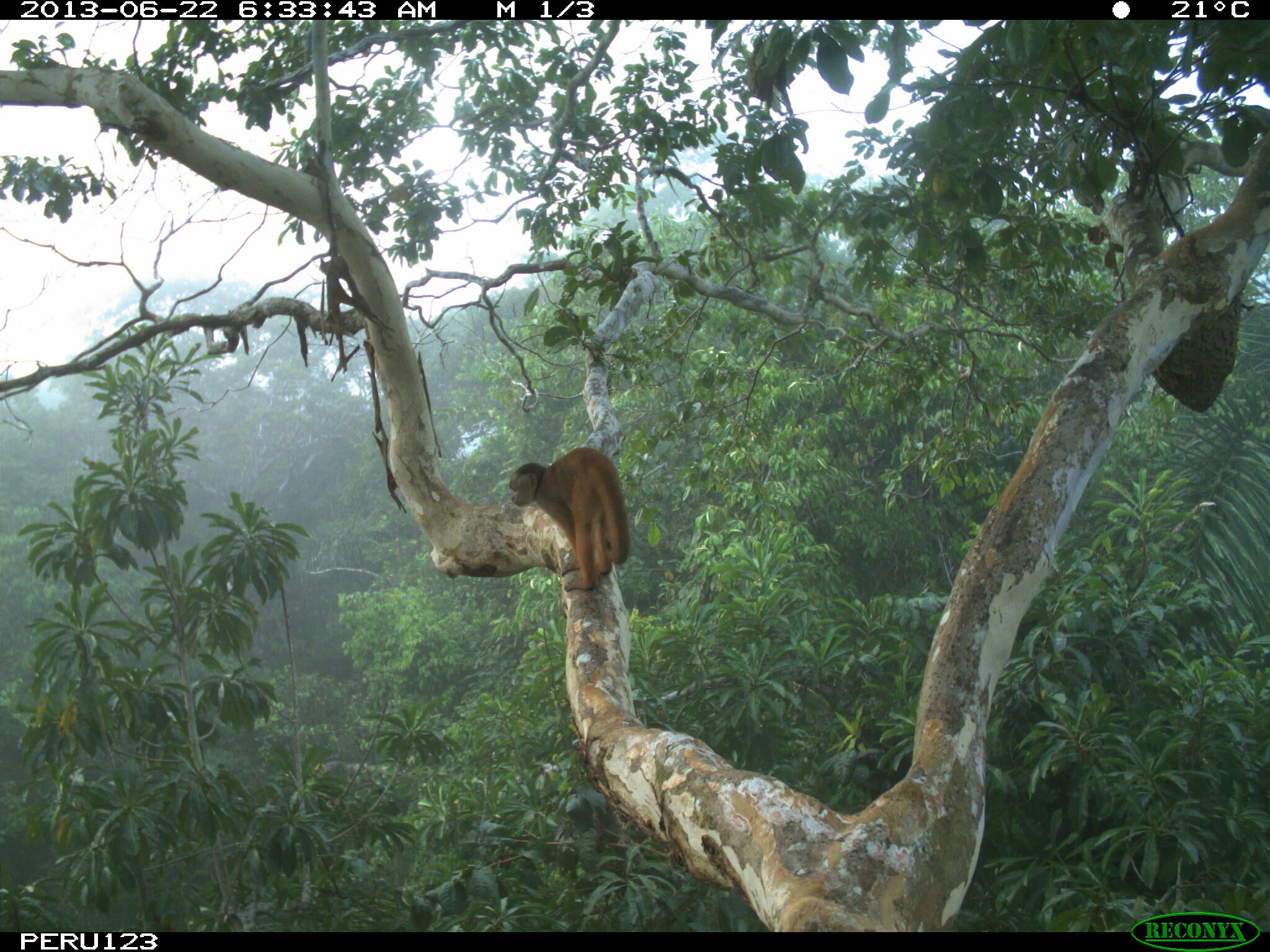 A white-fronted capuchin monkey surveys the Pagoreni landscape in the Amazon rainforest. Research carried out between 2011 and 2013 by Smithsonian researchers—in collaboration with hydrocarbon company Repsol Exploración Perú—showed that arboreal species relied on over-arching branches such as this one to cross over a pipeline clearing. Without these kinds of treetop “bridges,” fragmentation due to pipeline development could hurt populations.

“Terrestrial animals that are accustomed to life on the ground will cross anyway,” says Gregory. “But animals that live in the treetops are really the ones that are going to be most heavily impacted.” 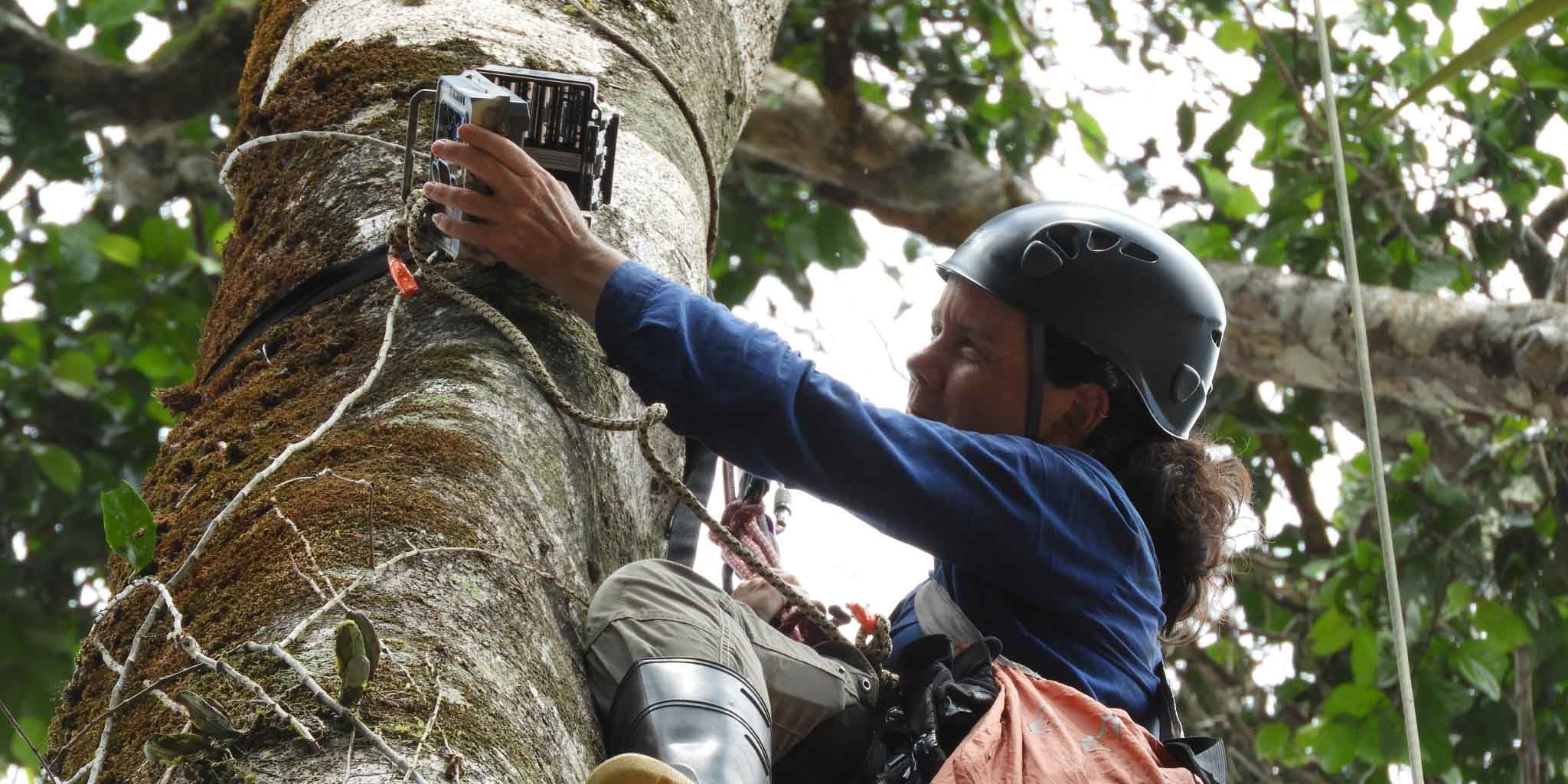 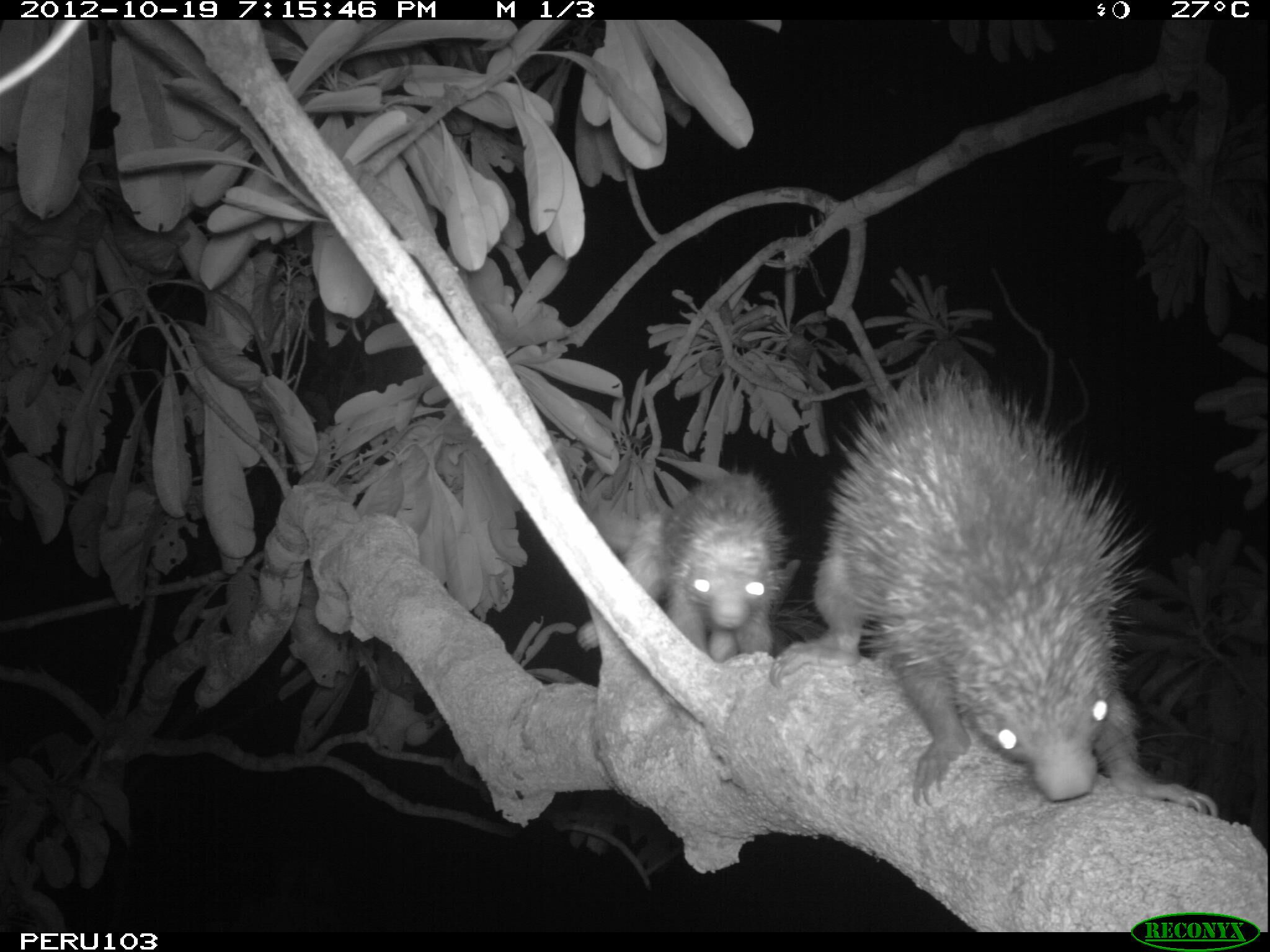 The results were staggering. Camera trap footage revealed that numerous species, including these dwarf porcupines, relied on canopy bridges. In fact, images revealed over 3,000 crossings by 25 species in the canopy compared to merely 16 crossings by six species on the ground. 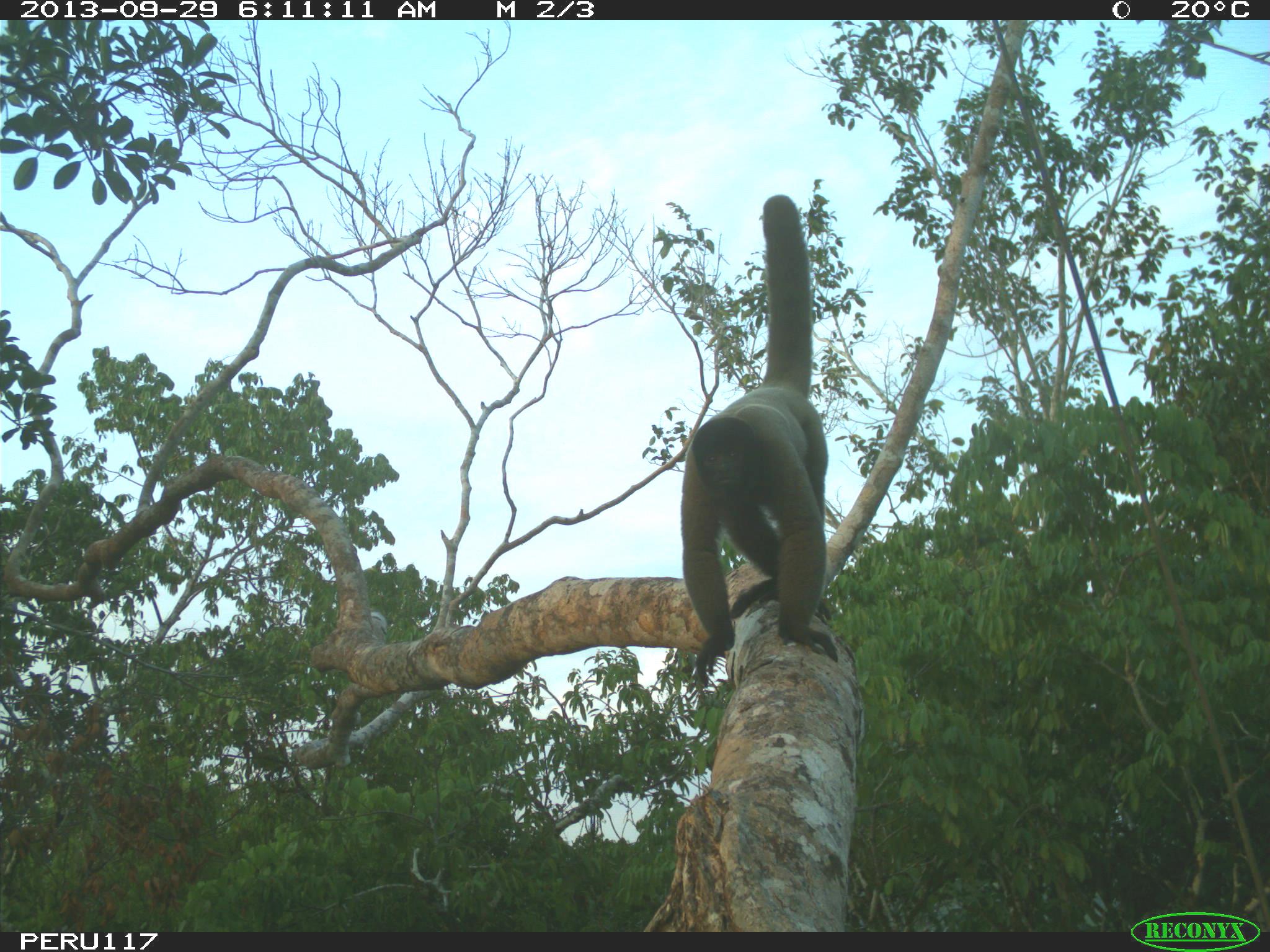 The already endangered woolly monkey is one of the many victims of habitat fragmentation caused by pipeline development in the region. These seed-dispersing primates are essentially farmers of the forest.

“When pipelines and roads are built, the ensuing fragmentation causes stress on the populations, and they can’t access the resources they previously used on the other side,” says Gregory. She and her colleagues spent a lot of time explaining these impacts to government officials and industry representatives to make this project a success. “We have demonstrated that the bridges really work,” she says. 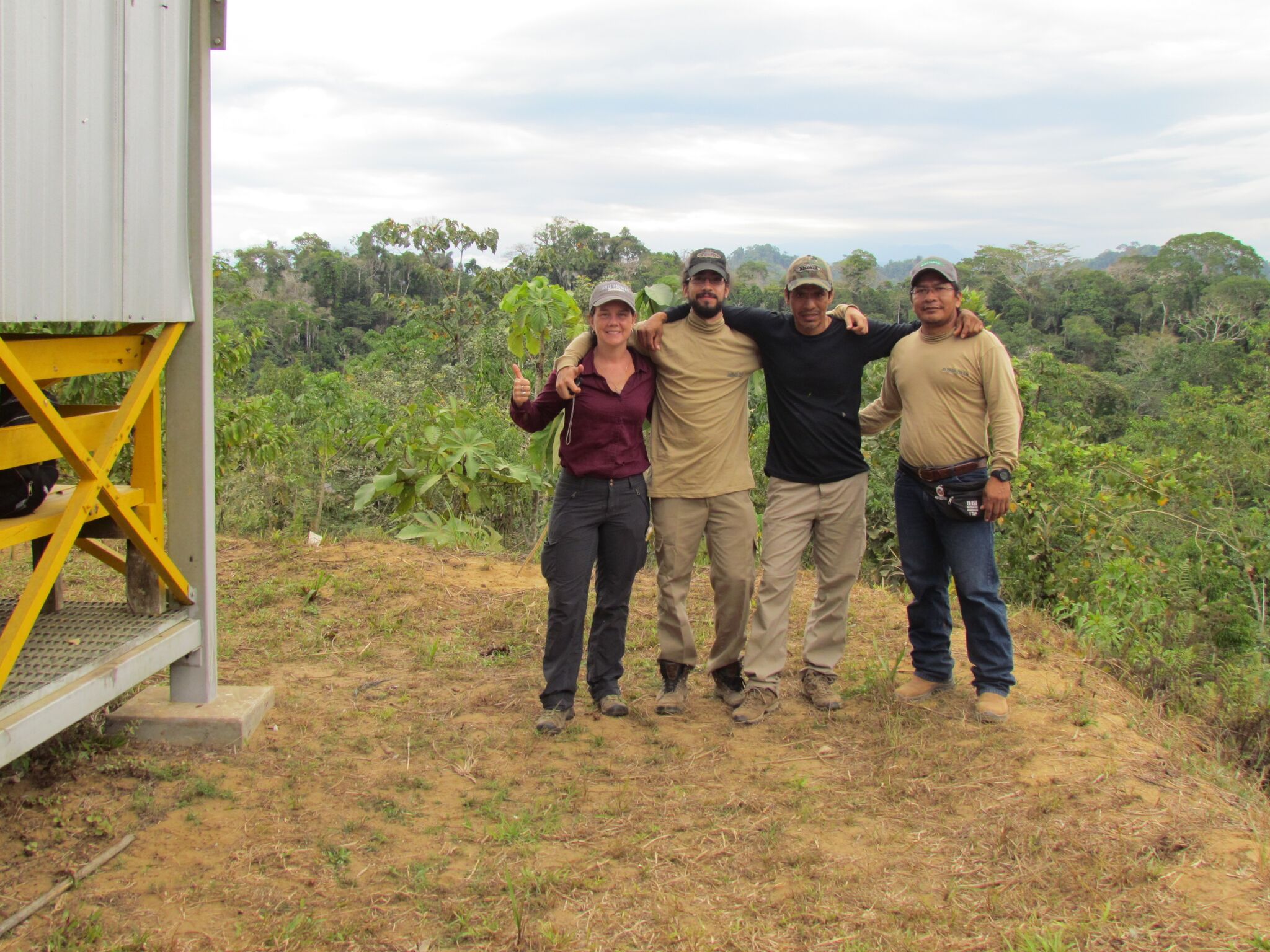 In August, Gregory returned to the Peruvian Amazon to initiate another canopy bridge project with a team of researchers—Peruvian biologist Diego Balbuena; rescue specialist Piter Ccoicca; and field nurse Geiser Gutierrez. Collaborating once again with Repsol and Walsh Perú, the team set up camera traps in the overarching branches to determine the extent to which arboreal species used the branch bridges. 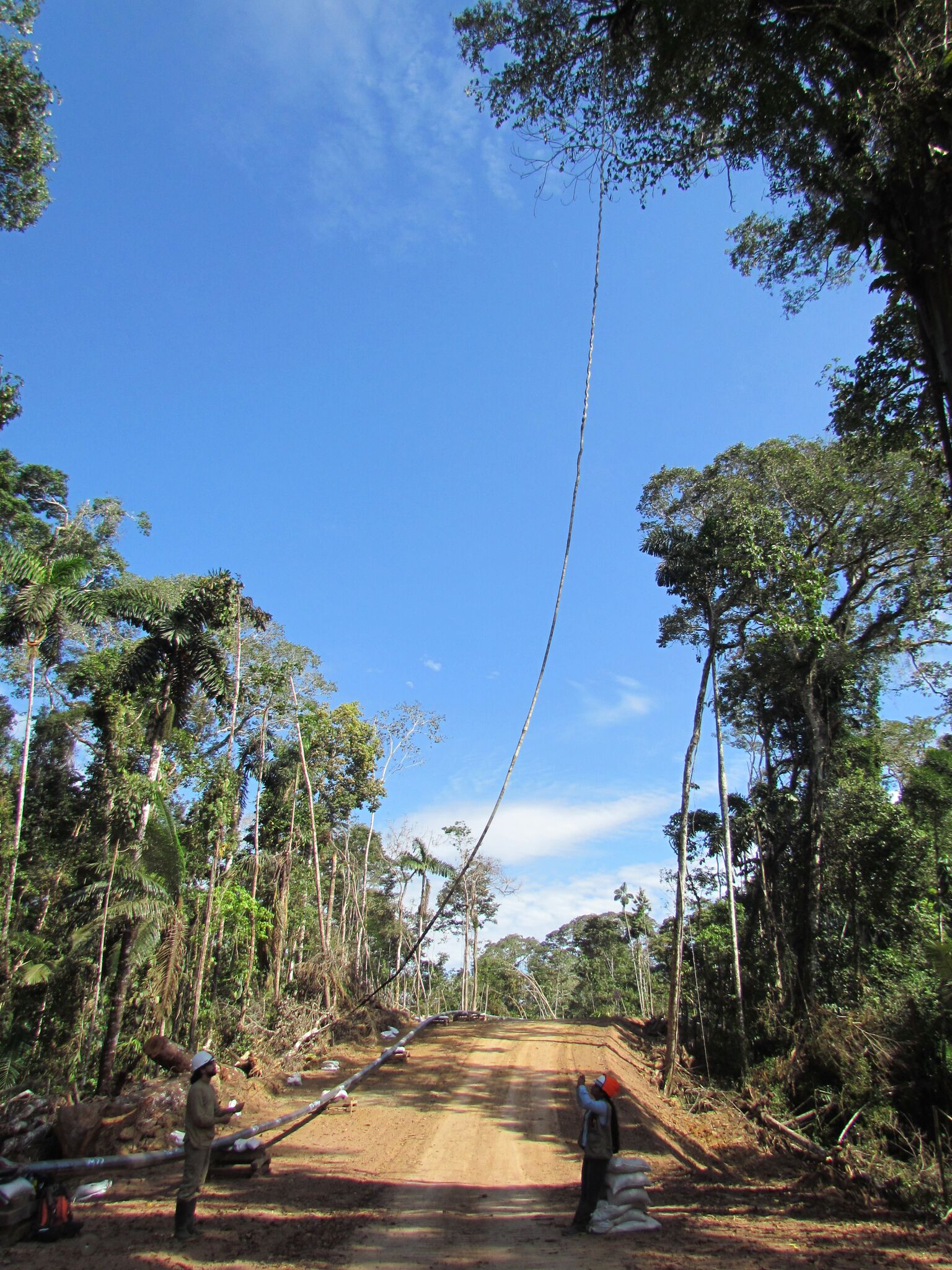 This time around, the team began exploring if vines and ropes in the Sagari area—close to the original Pagoreni field site—could potentially replace tree branches in areas that lack natural branch bridges. Here, researchers work on extending a three-inch wide vine from the tree on the right, across the pipeline clearing and over to the tree on the left. They set up two cameras to monitor whether arboreal species will use the vine as a bridge.

“I think this is a great opportunity to experiment with a new method that can be used over roads in places where there may not be connecting branches over head or over pipelines that didn’t consider canopy connectivity,” says Gregory.

She hopes to return to the area in a few months to set up more vine and rope bridges as part of her latest experiment.

This story appears in the October 2017 issue of Smithsonian Conservation Biology Institute News. Learn more about the Center for Conservation and Sustainability.

Biodiversity in the Peruvian Amazon
Through camera trap studies, community conservation programs and collaboration, Smithsonian scientists are working to minimize the impact that natural gas development has on tropical forests and wildlife.
Conserving Amazonian Tropical Ecosystems
In the Peruvian Amazon of Madre de Dios, natural ecosystems provide essential services to local communities. Smithsonian scientists are partnering with stakeholders to  evaluate the region's biodiversity and devise scenarios for future sustainable development.