As new development projects take over pristine wilderness, national parks provide some of the last safe havens for wildlife. But Smithsonian Conservation Biology Institute scientists have found that the very infrastructure that supports the parks can result in easier access to the wildlife the parks aim to protect. A study published in April in Biotropica found that the infrastructure, especially the roads, associated with established ranger stations in Khao Yai National Park in Thailand, can become access points for increased poaching.

"This doesn't mean we shouldn't have ranger stations, but that law enforcement and patrolling around infrastructure may be particularly important in preventing biodiversity losses due to poaching," said Kate Jenks, SCBI research associate and lead author of the paper. "In the U.S., too, we need to consider all impacts of any infrastructure projects on national parks even if they are meant for the benefit of park protection or billed as eco-tourism sites."

In 2003, SCBI collaborated with a nonprofit in Thailand to establish the Carnivore Conservation Project in KYNP to train rangers to collect data for biodiversity monitoring, including camera trapping as a technique. The paper is based on camera-trapping surveys taken by KYNP ranger teams between October 2003 and March 2007. During that time, the rangers collected 650 photos, of which 129 captured carnivores, 278 non-carnivore mammals, 149 birds, 53 humans and 17 domestic cats. The photos document poachers carrying bamboo, frogs and turtles and even hunting gaur, or Indian bison.

"Camera trapping lets us take snapshots of secretive activities by wildlife and people that otherwise would go unnoticed and unrecorded," said Peter Leimgruber, SCBI research biologist and co-author of the paper. "It gives us a chance to start quantifying poachers' access and impact and that's tremendously useful for long-term monitoring of patrolling effectiveness."

Data collected from the camera traps indicated that poachers were found even in the closest vicinity of the park's headquarters and ranger stations. This may be because the poachers are targeting valuable aloewood that grows near the headquarters and is used to produce incense for Middle East markets. Poachers can spend weeks in the forest and rely on hunting prey for food and may opportunistically hunt for larger and more valuable carnivore species. In addition, the roads leading to the headquarters and ranger stations give poachers easier access, especially at night.

Mobile ranger units that frequently patrol all areas of the park may be more effective than establishing fixed ranger stations, according to the paper's authors, who also included the late Dr. JoGayle Howard, SCBI reproductive physiologist. Mobile ranger units are easily deployed, can access larger terrain and do not require established roads. 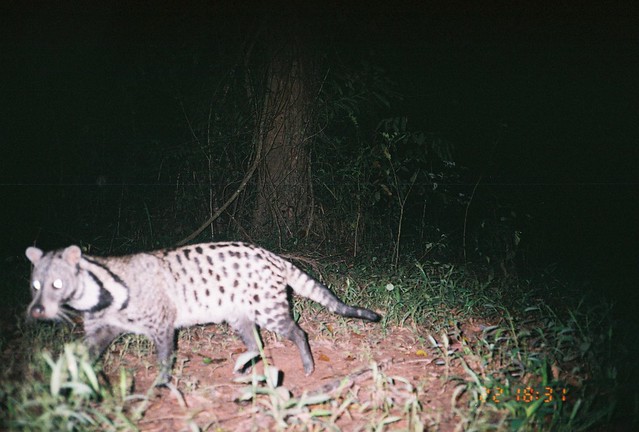