What affects an elephant’s ability to get pregnant? Scientists from the Smithsonian Conservation Biology Institute (SCBI) set out to solve that mystery. With help from peers across North American zoos, they evaluated elephant hormones to learn how body weight, socialization and life events affected reproduction. SCBI endocrinologist Janine Brown reveals their findings in our Smithsonian science blog.

This story appears in the July 2016 issue of Smithsonian Conservation Biology Institute News. Want science delivered straight to your inbox? Sign up for our e-newsletters.

Ensuring the future of an endangered species means investigating the mysteries around its unique husbandry and reproductive needs. SCBI’s Endocrine Research Lab is at the forefront of this type of detective work for Asian and African elephants. Working with dozens of zoos across the country, the Lab conducted hormone evaluations in order to identify barriers to reproductive health.

This work recently came together in a collection of nine peer-reviewed articles about North American zoo elephant welfare published in the scientific journal PLOS ONE on July 14. Lead authors on three of the nine publications were SCBI scientists, who led research on elephant reproduction, body condition (weight) and life events.

“Over the years we have identified a number of interesting, if not perplexing, issues related to reproduction in elephants,” said Janine Brown, head of the SCBI Endocrine Research Lab and a principal investigator on the project. “Some females just don’t have normal ovarian cycles. We looked at a lot of factors over the years, but realized it was going to take a much larger, multi-disciplinary approach to get answers. This study is helping us do that.”

One of the most exciting findings of the project is that elephants’ social lives play the biggest role in supporting behavioral health. One SCBI study found that elephants that spend time in groups, rather than time isolated, are healthier individuals. Keepers and animal managers can also play an important role in an elephant’s social life through husbandry, training and interaction.

“Social compatibility not only increased the chance that female elephants would cycle, but it also reduced the risk of infertility related to stress,” Brown says. “One of the biggest challenges we face in trying to sustain our zoo elephant population is making sure all of our elephants are reproductively healthy and able to breed.”

“Making the elephants work for their food was good both physically and psychologically,” Brown said. “Our day-to-day management practices can be an important tool in addressing the reproductive issues that are particularly common in zoo elephants.” 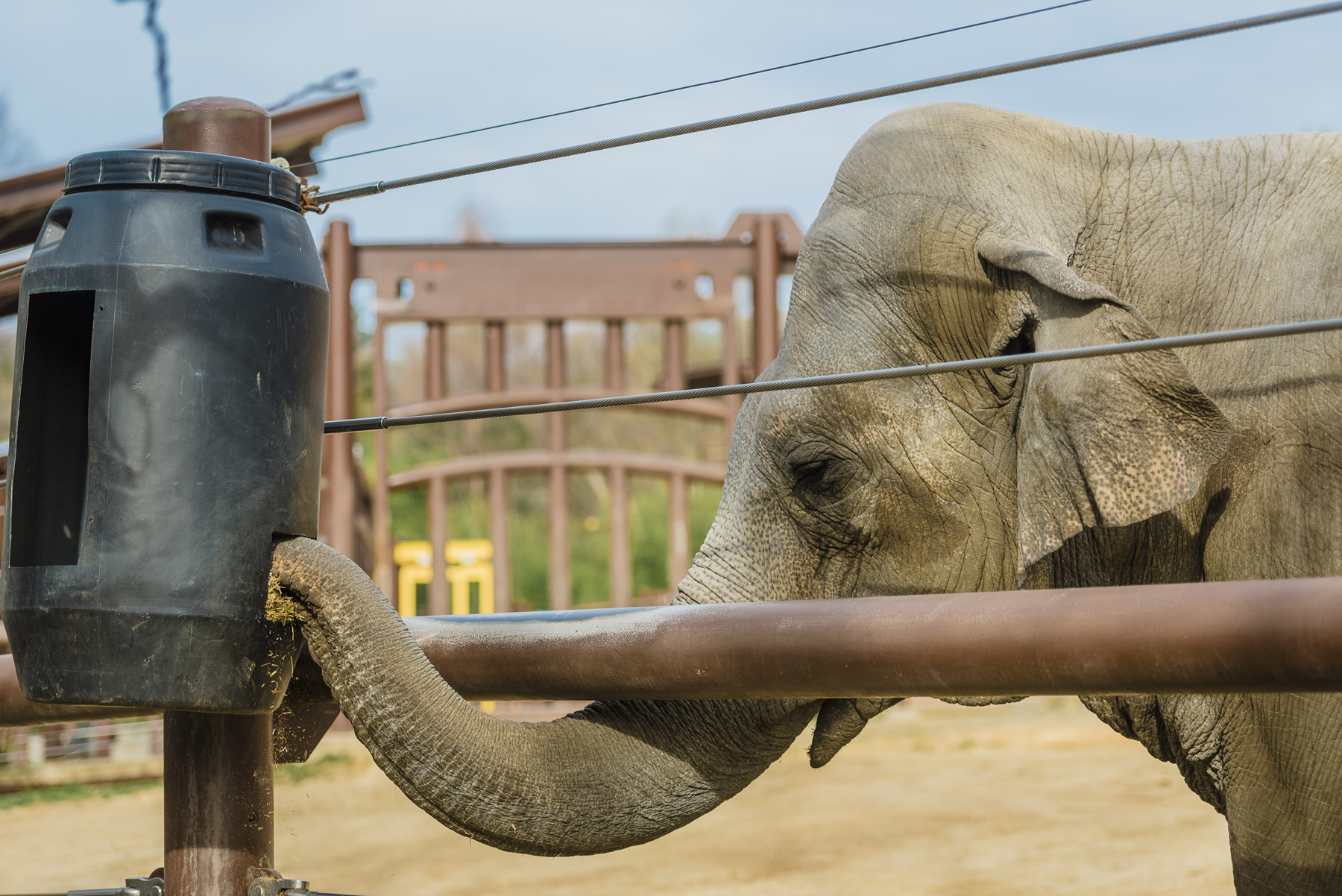 The comprehensive study, which focused on a number of factors related to the wellbeing of elephants, is the outcome of work by a 27-member team, including Brown. Nearly 96 percent of Association of Zoos and Aquariums-accredited North American zoos with elephants participated in the study, which was funded by an $800,000 leadership grant from the Institute of Museum and Library Services (IMLS), an independent federal agency.

Asian Elephant Conservation
Asian elephants face critical threats throughout their range. Through satellite tracking and conflict management, scientists are working to save them.
Wildlife Endocrinology
Studying hormones can help enhance the health and well-being of wildlife in zoos and in the natural world.