For the first time, Bird House keepers at Smithsonian’s National Zoo and Conservation Biology Institute in Washington, D.C., are celebrating the hatching of two critically endangered blue-billed curassows. The two female chicks are being cared for off-exhibit. The first chick, named Aluna, hatched Aug. 5. Her sister Lulo hatched Aug. 28. Aluna is the first offspring for 6-year-old mother, Jackie; the 16-year-old father, JB, previously sired chicks at another institution. Keepers report that the sisters are thriving and describe them as confident and curious.

Jackie and JB arrived at the Zoo in 2016 and 2019, respectively, following a breeding recommendation from the Association of Zoos and Aquariums’ Species Survival Plan (SSP). The SSP manager chooses which animals to breed by considering their genetic compatibility, personality, health and temperament, among other factors.

Jackie laid Aluna’s egg July 6 and Lulo’s egg July 27. Typically, female curassows incubate their eggs for 29 to 31 days. However, Jackie did not show interest in incubating her eggs. Because of this, it was evident to the team that she would not accept or bond with her chicks.

Animal care staff placed the eggs in an incubator. They obtained a blood sample from the eggs, and a DNA test conducted by the Zoo’s Center for Conservation Genomics confirmed that the chicks were female. Currently, the North American blue-billed curassow population has a total of 73 birds, including Aluna and Lulo. There are more males than females, so female chicks are considered a crucial hatch for the population at this time.

Keepers elected to hand-raise Aluna and Lulo to give them the best chance of survival. They imprinted—or socially bonded—with the animal care team. For enrichment, they receive some adult feathers to cuddle under and a mirror that provides “socialization” when keepers are not with them.

“Every moment with these chicks has been a dream come true for me,” said Heather Anderson, animal keeper. “I have had the goal to breed the blue-billed curassow since my first year of zookeeping. It was amazing to watch these precocial birds as their instinctual abilities to eat, perch and preen their feathers kicked in—all in the first day of life! For other bird species, those milestones could take weeks to achieve.”

Native to Colombia, blue-billed curassows are considered critically endangered by the International Union of Conservation of Nature. Scientists estimate between 1,000 and 2,500 remain in the wild. Historically, these birds lived throughout northern Colombia. Today, the entire wild population occurs in just a few small areas of tropical lowland forest. The main threats facing wild blue-billed curassows are habitat loss and fragmentation.

The Zoo’s historic 1928 Bird House is currently closed as it transforms into a first-of-its-kind attraction that immerses visitors in the annual journeys of Western Hemisphere birds. It is scheduled to reopen in winter 2023. With almost 100 species of birds, the Bird House and the surrounding bird plateau will be the first zoo exhibition of this size that focuses on the cyclical journeys of migratory songbirds, waterfowl and shorebirds integral to North, Central and South American ecosystems. Through themed walk-through aviaries, interactive experiences and dynamic educational programming, the Bird House will inspire and connect visitors to birds in exciting new ways. 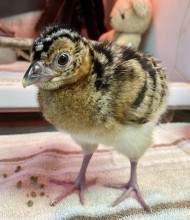 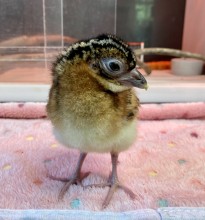