Rose, one of our three female Cuban crocodiles started nesting last week, though we don't expect any to hatch. She is enormous! She used her back legs to kick all the mulch, leaf litter and dirt in the exhibit into a large mound for her nest. This morning she looked as though she was guarding her nest, but her belly looked engorged. Not convinced that she laid a clutch of eggs, I called in the reptile staff to examine her from the cat-walk above the crocodile exhibit. We tried to determine if she had laid eggs by assessing her body condition, but in order to do that we needed her to move. So I tried to get her to stand up by calling her name.

Typically Cuban crocodiles will aggressively defend their nests from intruders. Rose was not acting aggressively, but she was hesitant to move. I used some food to bait her away from the nest. When she finally stood up her belly sunk in and it was clear that she had laid eggs. I continued to bait her into the shift area so that we could access the nest. The shift is a closed-off area behind the exhibit that allows keepers safe access to the crocodile exhibits.

Once Rose was in the shift area with her boyfriend Miguel, I entered the exhibit and measured the nest. We always take careful measurements of a nest's size, temperature and composition before and during egg collection. Then we started digging for Rose's eggs. Once we began digging, the heat of the exhibit really set in. Rose's nest was 89 degrees Fahrenheit on the surface and 116 degrees Fahrenheit on the inside! My fingers were burning, but the excitement of finding eggs kept me digging.

Finally, after about five minutes of digging I located the first egg. Each egg was removed from the nest and numbered. Once the eggs are all safely excavated, we destroy the nest to minimize any nest-guarding aggression. That makes it much safer for us to interact with the crocs while we're caring for them.

Rose laid 28 eggs! The eggs were weighed, measured and assessed for early signs of fertility. A crocodilian egg will show external signs of fertility in the form of an opaque band that forms in the center of a fertile egg. If an egg is banded it is fertile. Our reptile staff conducts valuable research on Cuban crocodile behavior and fertility, so each year we collect the same type of data from each of our three female Cuban crocodiles.

Rose was the second of our three Cuban crocodiles to nest. Now we are just waiting on our last female Cuban crocodile, Dorothy, to lay her clutch of eggs. Dorothy is one of the most genetically valuable Cuban crocodiles in North America! Unlike Rose, Dorothy will dig a hole nest as opposed to a mound nest to deposit her eggs. Stay tuned for how many eggs Dorothy lays! 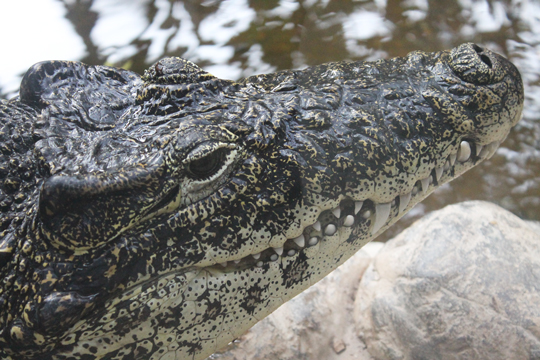 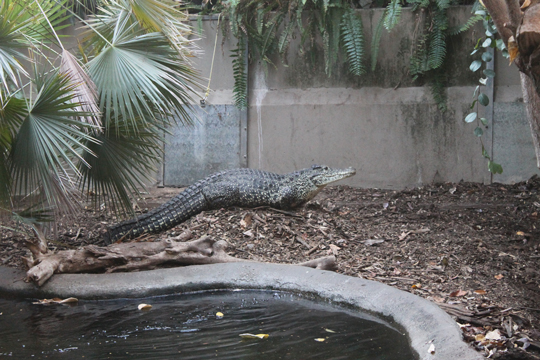