First Pup Born At The Zoo In 23 Years 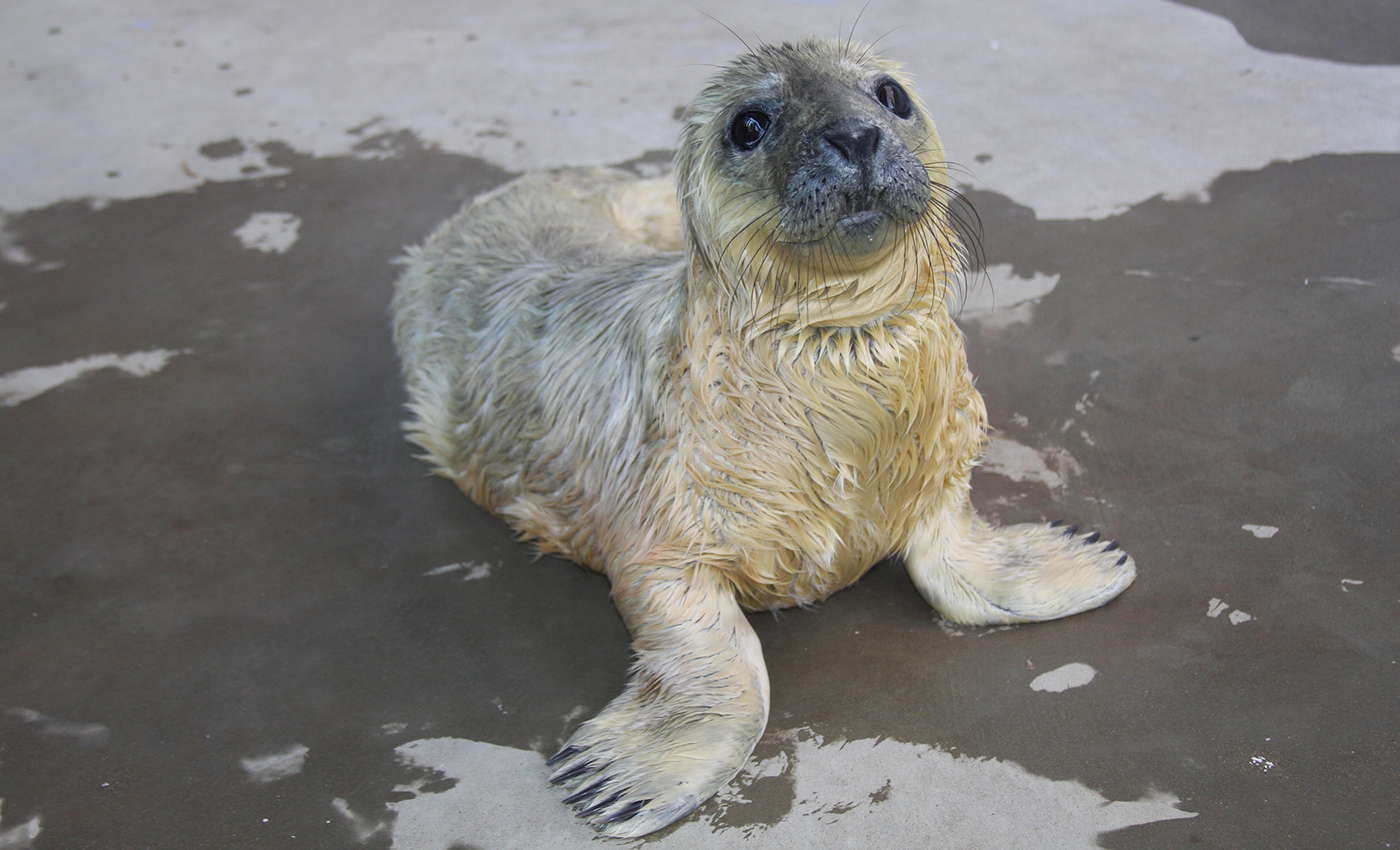 Animal keepers at the National Zoo have been hand feeding a female gray seal pup, born January 21, 2014, at 10:21 p.m., in the holding area of the seal exhibit on American Trail. Zoo keepers, veterinarians and nutritionists have been closely monitoring the pup and her mother, Kara. Within 48 hours of her birth, the animal care team began preparations to hand feed the pup as she was not gaining weight while nursing from her mother. Although Kara has successfully given birth and raised one pup before, Kara is not lactating enough to support the current pup without supplemental feedings from keepers and veterinarians.

"Our animal care team is always prepared to hand rear or hand feed an animal if they need to," said Ed Bronikowski, senior curator at the Zoo. "In the first days of this pup's life we did not see her gain as much weight as we would have expected. It is still a tenuous time, but the pup's weight is now heading in the right direction. We celebrate every pound that she gains."

Zoo keepers, veterinarians and nutritionists immediately collaborated on a plan to supplement the pup's nutritional needs. Kara received a dose of the hormone oxytocin Jan. 22 in an attempt to stimulate lactation, but even after the dose the seal team could not be certain she was producing enough milk for the pup. By the early afternoon of Jan. 25, keepers and veterinarians mobilized and began tube feeding the pup. She is now tube fed six times each day with a special formula that mimics her mother's milk. The rich formula is made of a milk replacer, fish oil, water and vitamin E. Yesterday, Jan. 30, keepers were able to hand feed the pup a small capelin fish in addition to the tube feedings.

The pup now weighs 44 pounds, which is up from her birth weight of approximately 35 pounds. In the wild, gray seals generally nurse from their mothers for about 15 to 21 days and gain a significant amount of weight during that time. The mortality rate for gray seal pups that have not been weaned in the wild varies widely between 5 and 20 percent; it can sometimes be as high as 30 percent.

Although she may not be fully lactating, Kara is nursing her pup and is an attentive mother. Between tube feedings, which only take about 10 minutes, Kara and her pup swim in the holding pool and nap on the beach. The pup will join the Zoo's four adult gray seals and two harbor seals on exhibit in the spring.

The Zoo received a recommendation to breed Kara with the Zoo's resident male gray seal Gunther. Kara is the oldest gray seal to give birth in a Zoo. The last pup born at the National Zoo was Kjya in 1990. Kjya, who also lives on American Trail, is Kara's sister. Kara was born at the Zoo in 1983. Both seals are offspring of the Zoo's elderly female gray seal Selkie.

Although once endangered, gray seals are now listed as a species of least concern by the International Union for Conservation of Nature. In the wild, gray seals range from North America to the Baltic Sea.