This update was written by keeper Nicole MacCorkle

Bao Bao is participating in regular training sessions with her keepers, but as always, only on her terms. On the days when she's focused, we make real progress—we build on old behaviors she has mastered, and learn new behaviors.

One behavior we have been continually building on is targeting. Bao Bao has been touching her nose to the target since she was about 5 months old. Now she can follow the target partway inside from the outdoor yard. And she stands on her hind legs when keepers ask. She certainly recognizes her name (when called by familiar voices) but doesn't reliably respond yet, the way her parents do. As a matter of fact, even when Mei Xiang calls to her by bleating, Bao Bao doesn't always respond to her! Interestingly, she does follow Mei outside most days, and rarely has to be carried onto the patio by the keepers anymore. We just need to find a way to motivate her to do the reverse in the afternoons.

Over the years we have trained our giant pandas to do amazing husbandry behaviors, and Bao Bao certainly has as much potential as anyone else in her family. Before she can do as many behaviors as Mei or Tian, we must capture and consistently be able to hold her interest in training.

There are a couple of challenges in working with Bao Bao. Those of us who worked with Tai Shan remember how interested he was in interacting with his keepers, even from a very young age. Giant panda biologist, Laurie Thompson, sums it up very well: "We were a novelty for Tai Shan. He wanted to see where we were and what we were doing." Bao Bao has always been more standoffish where we are concerned, and is less interested in interacting with us. It highlights the fact that although Bao Bao and Tai Shan are both giant pandas, and even full siblings, they are unique individuals. The second challenge has been finding just the right training reward for Bao Bao. We have used cooked sweet potato, corn syrup, and dilute apple juice but with only mixed results at best. She doesn't seem very interested in leaf eater biscuits yet (one of the first training rewards we used for big brother, Tai), and because she is still under a year old, we cannot use honey. We have even tried skipping the food as a reward altogether, and opted for favored toys, such as her pink jolly ball or the red ping toy—but they haven't worked either. Recently, we have been trying to motivate her with miniature versions of fruitsicles, and those seem to be holding her interest more than anything else we've tried.

For Bao Bao, at nearly 11 months old, her favorite activity still seems to be sleeping high up in one of her favorite trees, swaying in the breeze, for hours on end. She often seems to be too busy relaxing to be bothered by such things as targets or keepers calling her inside for the evening. The only thing that seems to reliably bring her down out of her tree is a rumbling tummy, and when that happens she wants to nurse.

There are some days when she comes in without assistance, either by following her mom, or just by climbing down and walking inside on her own. There have even been a few days recently when she responded to us as we called to her, and moved toward us all the way back to the patio just like the adults! Those desired behaviors are "jackpotted" with lots of praise and some extra yummy goodies (i.e. mini fruitsicles!) in the hopes that they will become second nature to her. In the meantime, on the days when she chooses to linger outside we get to spend extra time interacting with her. But those days are dwindling as she grows. 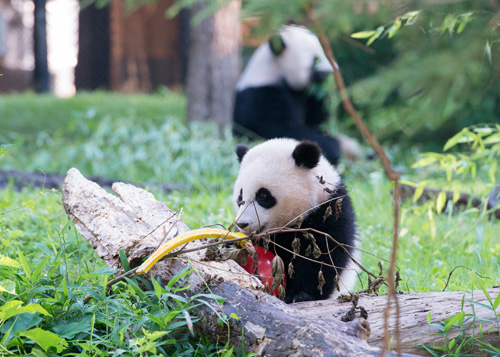 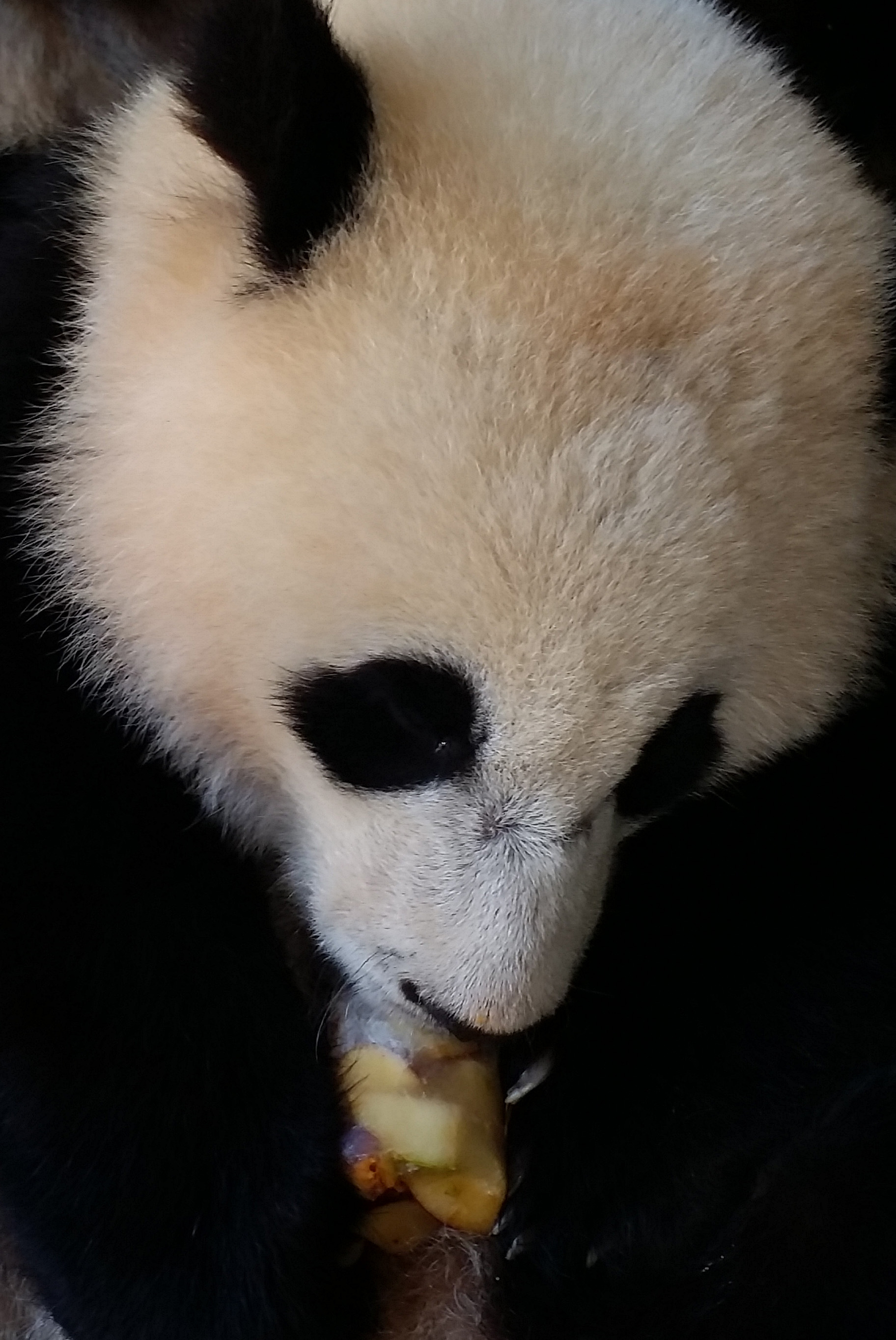