This update was written by keeper Nicole MacCorkle.

We've noticed Mei Xiang and Bao Bao are spending increasing amounts of time apart from each other, and Mei is permitting Bao Bao to nurse less often. Sometimes, they even sleep in separate enclosures, a sign that they are beginning the separation process themselves. By definition, weaning begins once a baby, of any mammal species, is introduced to solid foods and is complete when milk is no longer being consumed. Giant pandas begin to eat solids around 6 months of age. Since July, Bao Bao has been receiving her own daily diet of leaf eater biscuits, apple, carrot and cooked sweet potato, in addition to Mei Xiang's milk and the bamboo she eats from Mei's daily diet.

Before July, she was sampling bamboo, produce, biscuits, and even mini fruitsicles. At over 14 months old and nearly 60 pounds, Bao Bao seems much more independent than her older brother Tai Shan did at this age, so we expect the separation to be even easier with her. When Tai Shan was weaned at 19 months of age, Mei Xiang made it clear, through her behavior and vocalizations, that it was time for him to separate. At times, Tai Shan seemed a bit unsure of his new solitary lifestyle, but he transitioned smoothly and quickly, and we expect it to be the same for Bao Bao. Like any giant panda cub, weaning is just another milestone for Bao Bao, and we know she will do just fine! 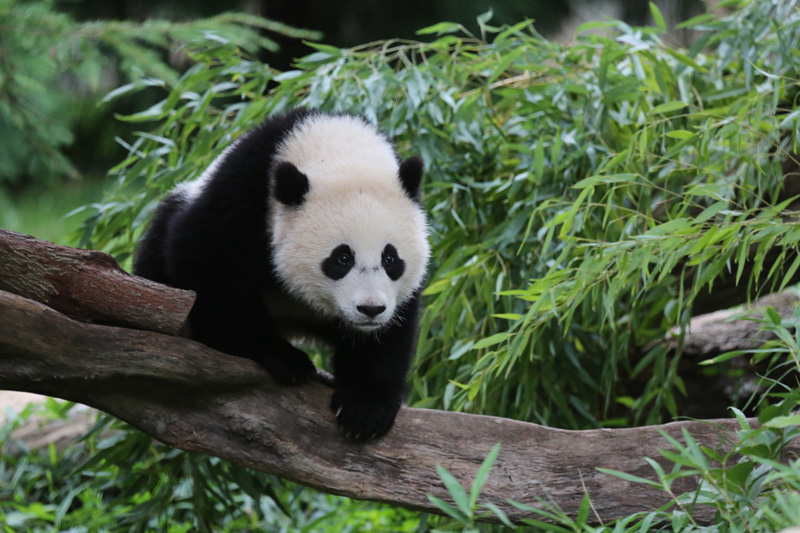