Gray Seal Gets a Visit from the Dentist

Why does Gunther need dental radiographs?

When we ask our gray seals to open their mouths on cue, we can see what their teeth look like on the outside, but we can’t see if there are possible cavities or anything wrong with the roots. It’s important for all of our animals to have dental radiographs, especially as they get older.

This training is essential to our animal husbandry because if these animals are feeling any kind of pain, they’re not able to communicate that to us. We’re hoping to get an idea of what the ‘normal’ is for Gunther, but we also want to make sure that the teeth are aligned underneath correctly. We haven’t noticed any problems or issues so far. But, if we can spot a problem on a radiograph, then we are able to address the issue as soon as we notice it. 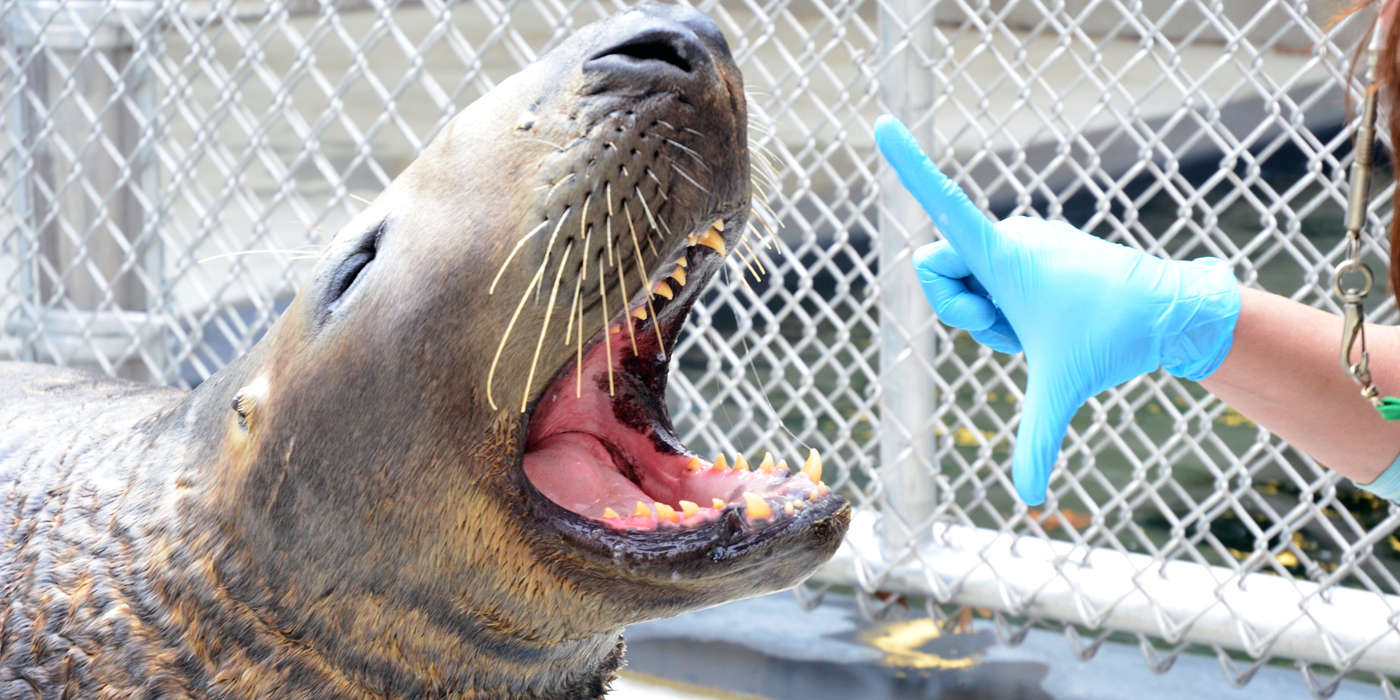 How did you train him to participate?

We train all of our animals using positive reinforcement, which means that it’s the animal’s choice to participate and they receive a food reward for doing the behavior asked of him or her. Our gray seals receive five different varieties of as part of their daily diet: herring, capelin, butterfish, mackerel and squid.

Unlike the other gray seals, Gunther didn’t like to hold any objects in his mouth, let alone a cumbersome radiograph plate! The plate doesn’t hurt him at all, but he doesn’t like the feeling. Using the stick side of a target pole, I slowly acclimated Gunther to hold the pole in his mouth. When I began this training in Oct. 2016, Gunther and I worked on this behavior once or twice a day. Now, he does the behavior routinely, and we practice once a week to maintain his comfort level with holding an object in his mouth.

When we see that we have a radiograph scheduled, I practice with him more frequently to ensure that he’s still comfortable with the behavior. He’s had four sets of radiographs so far! 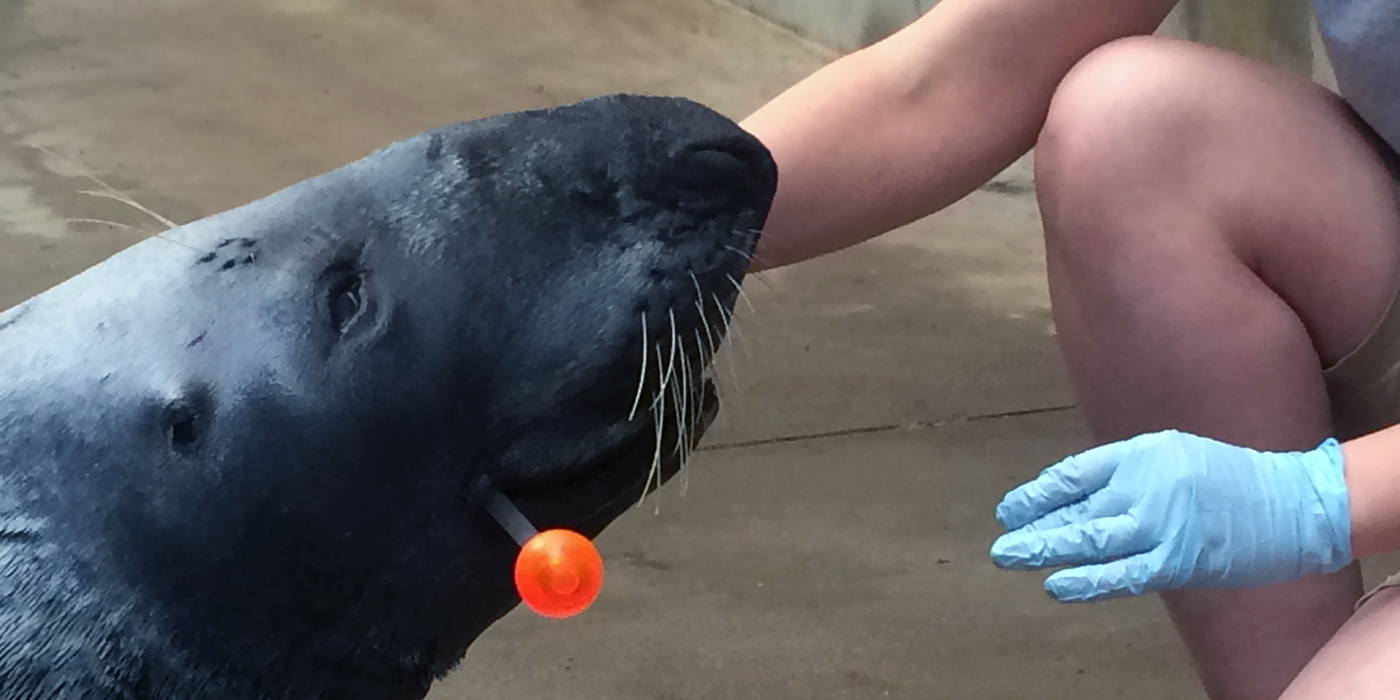 How do you take a radiograph?

At first, I asked him to lay his head down atop the radiograph plate. At one-and-a-half square feet, it’s a fairly sizeable plate. I would ask him to turn his head to either side so that our vets could take a full picture of his mouth.

Unfortunately, they weren't able to get the clear images that they needed, so we switched gears and trained him to hold the radiograph plate in his mouth. While he held his mouth open, I positioned the plate diagonally to capture as many teeth as possible. The plate was so large, however, that our veterinarians were not able to capture Gunther’s back teeth.

Our veterinary team works frequently with Dr. Barron Hall, who specializes in animal dentistry and has provided expert pro-bono services for many cases over the years—from a routine gorilla dental exam to a lion root canal. Dr. Hall brought a smaller x-ray plate that we attached to a plastic bar, which is similar in size to the target-training pole. That did the trick! With the smaller radiograph plate on a stick, Gunther didn't seem to mind it. It was just a matter of asking him to hold still while the dentist positioned the radiograph machine over Gunther's head. 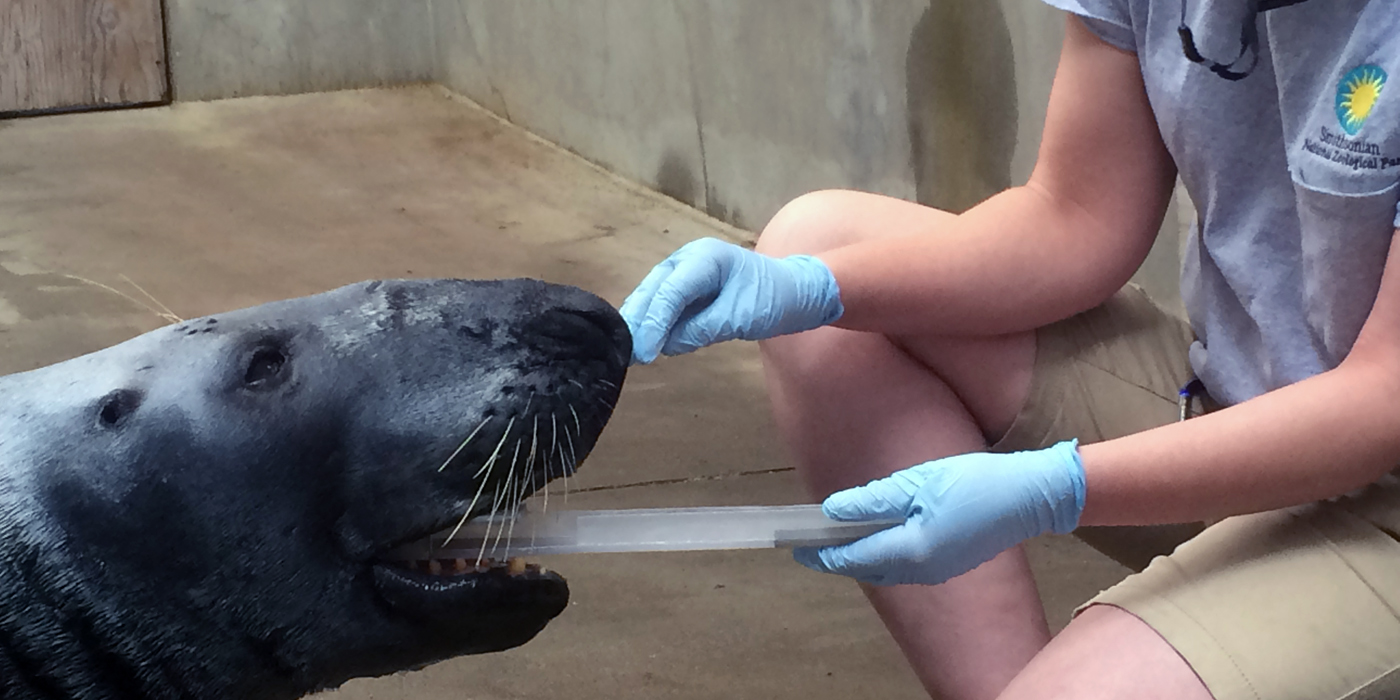 Has Gunther taught you anything about being a keeper?

Just like with any training, it’s taken a lot of time and patience, but I’ve learned a tremendous amount from him. We started in increments, with Gunther holding a small target stick in his mouth, and introducing larger objects step-by-step. I took my cues from him in terms of his level of comfort. It’s taken seven months to get this behavior, but right now his behavior is solid. I’m really proud of him for that. 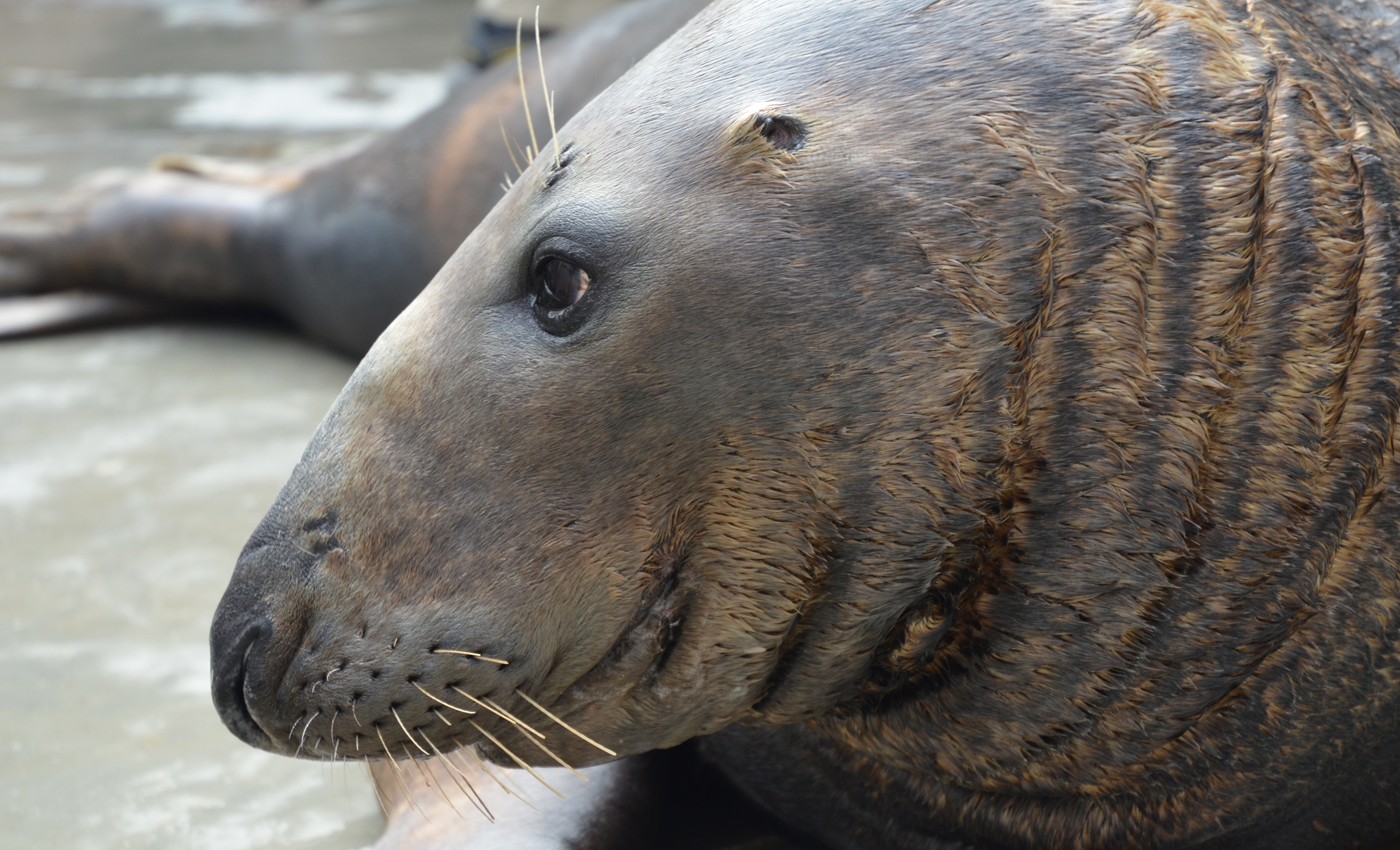 This article appears in the June 2017 issue of National Zoo News. Learn more about enrichment and training on the Zoo's website.