The new exhibit at Small Mammal House uses radiographs and artifacts to explain the relationship between body structure and behavior of animals. Visitors will see some interesting X-rays and learn how animals move, eat, and play. 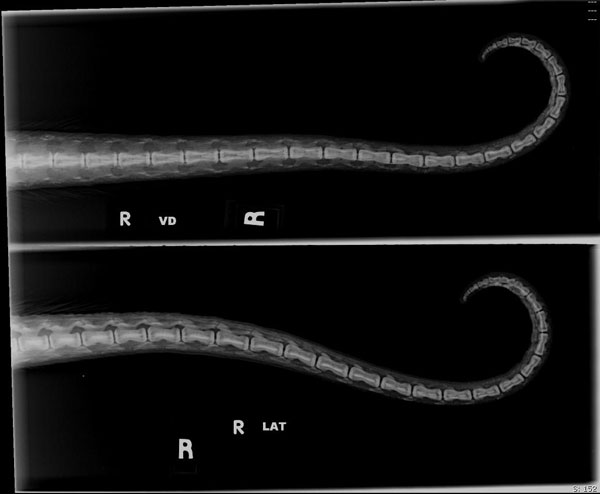 THE TALE OF THE TAIL

The first series of radiographs focuses on different rodent tails. See why the tail is so important for a squirrel to run through the tree tops and learn how a prehensile tail works.

THE STORY OF SKULLS

The next series takes a peek at teeth: the difference among animals that bite, gnaw and slurp is shown in several radiographs. You'll have to figure out which animal eats without teeth and whether or not they're an herbivore, omnivore, or carnivore. Actual skulls will be on display as well.

Some animals swim, others run, hang, and jump. In the third series, you can see why animals move the way they do depending on how their body is shaped. A panda radiograph will show the panda's mysterious false thumb, and you'll be able to learn why it's there!

The last section of the exhibit requires some investigating. Several images will be on display and you have to figure out what they are! The Smithsonian National Zoo hopes the exhibit will provide a new way of looking at our fascinating residents.

"The Inside Story" has been funded by a generous grant from the Smithsonian Women's Committee.