Bird House curator Sara Hallager has hand-raised kori bustard chicks for nearly 20 years. Now, she's doing it again with two recent hatchlings! Find out about hand-raising chicks from incubation to independence in this Q & A.

When did the chick hatch, and how is it doing?

Our Kori bustard chicks hatched June 15 and 24, 2015, and they appear to be healthy and thriving.

Why did you elect to hand-rear the chick?

Kori bustard chicks are hand-reared to keep them safe from wild predators, such as crows, night herons, hawks and snakes. Also, hand-rearing makes the birds more responsive to training and husbandry as adults.

What does hand-rearing a kori bustard chick involve?

The process of hand-rearing a chick begins even before it hatches. After a female Kori bustard lays an egg, keepers switch it out for a dummy egg. The female can be aggressive when her egg is removed, but she quickly settles back on the fake egg. The real egg is moved to an incubator for safe keeping, where it can be protected and carefully watched by Bird House keepers.

Keepers ensure that the chicks are eating a healthy diet. The chicks are fed every two hours between 6 a.m. and 6 p.m. during the first few weeks after hatching. As the chicks gets older, feeding sessions are reduced. By the time a chick is two months old, it is fed three times a day. At that time, the chick will also be moved outside to a larger enclosure.

Keepers ensure that the chicks are also exercising by interacting with the chick and encouraging its natural behaviors and movements. To do so, we introduce a variety of food and novel item enrichment to ensure he or she is happy and healthy! Right now, we have feather dusters in both the indoor nursery (for our older kori chick) and in the incubator (with our younger chick). The older chick's enclosure is a bit larger, so we've added in a teddy bear as a companion.

What do keepers do for enrichment for the chicks?

At this age, simply spending time with keepers is enriching for the chicks. As they get older, chasing after insects will become the primary mode of enrichment.

Are the chicks developing their own personality?

It's a little early to say, but so far, the older chick seems very calm and easygoing while the younger chick is more excitable and animated.

What's next for the chicks?

Growing up! By the end of summer, the young birds will be moved outside where they will be able to see the adult birds and observe their behaviors. 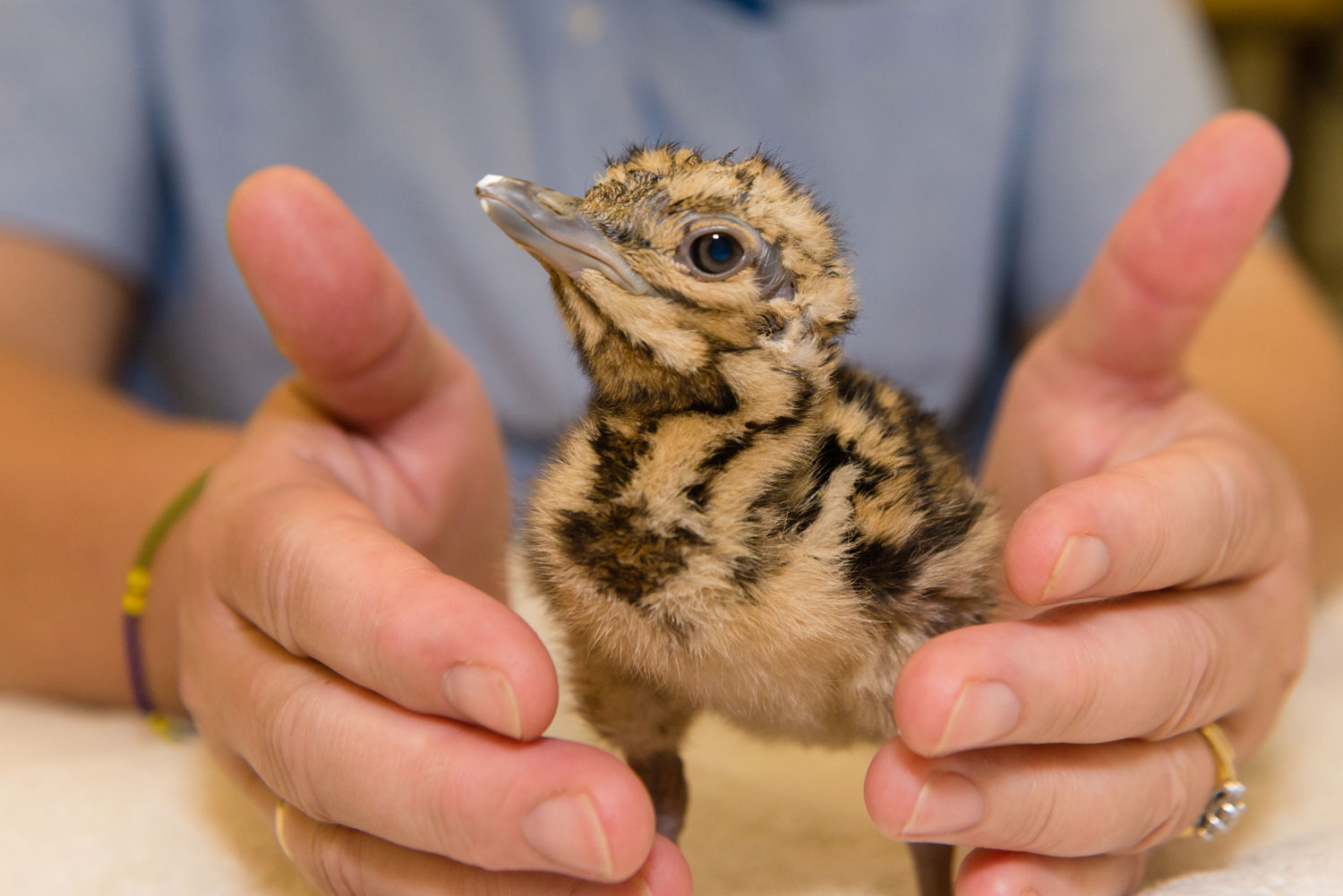