New at the Zoo: Norway Rats

Picture an intelligent mammal. One whose smarts are not only key to their survival but also, in certain situations, to that of humans. The Norway rat may not come first to mind, but its ability to memorize mazes, deftly run up and down walls and keen sense of smell make it a species worth celebrating, says animal keeper Erin Stromberg. 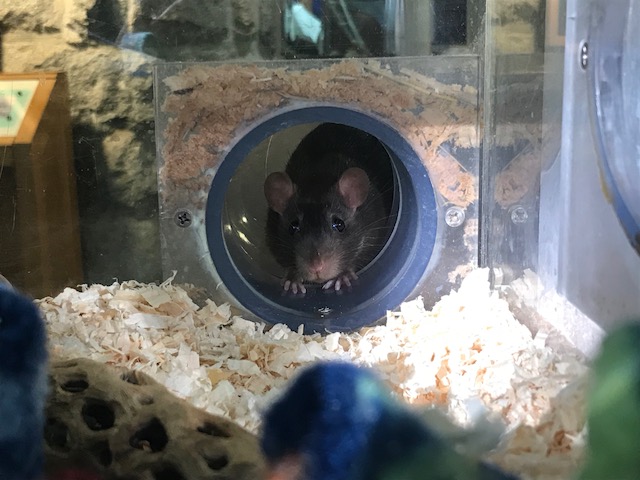 What do Zoo visitors want to know about this species?

“Many people wonder why we have Norway rats on exhibit at the Zoo, but the truth is that the Think Tank is a fitting home for this species! For more than a century, scientists have used rats to study animal intelligence. From their experiments, we learned that rats have excellent short-term memory, which comes in handy for navigating mazes. Not only that, scientists have observed rats exercising choice. For example, a rat may choose to go for the smaller, easier reward or for the larger reward that has more obstacles in the way.”– Erin Stromberg, animal keeper 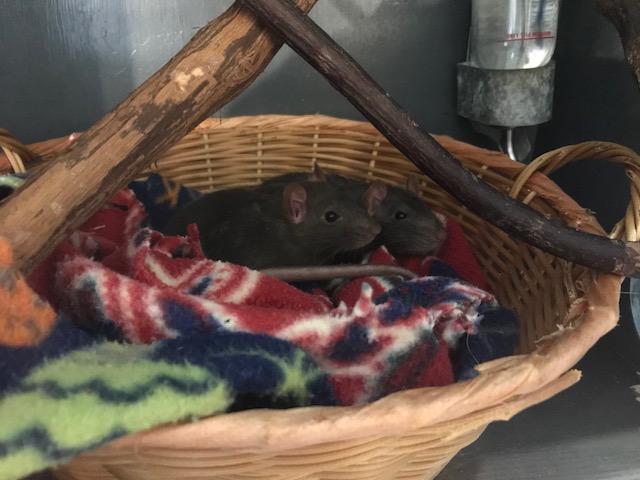 “Norway rats are very common in cities and towns because they live wherever they can find food and shelter. They are omnivorous and opportunistic eaters—they will eat pretty much anything. Here at the Zoo, we feed them fresh vegetables, seeds, nuts, fruit, yogurt, pasta and nutritionally complete pellets. Our three female Norway rats—Donut, Muffin and Cupcake—arrived at the Zoo in September, so keepers are still getting to know their personalities and preferences. Once we know their likes and dislikes, we will begin positive reinforcement training so that they can demonstrate some of their amazing natural abilities on cue.” 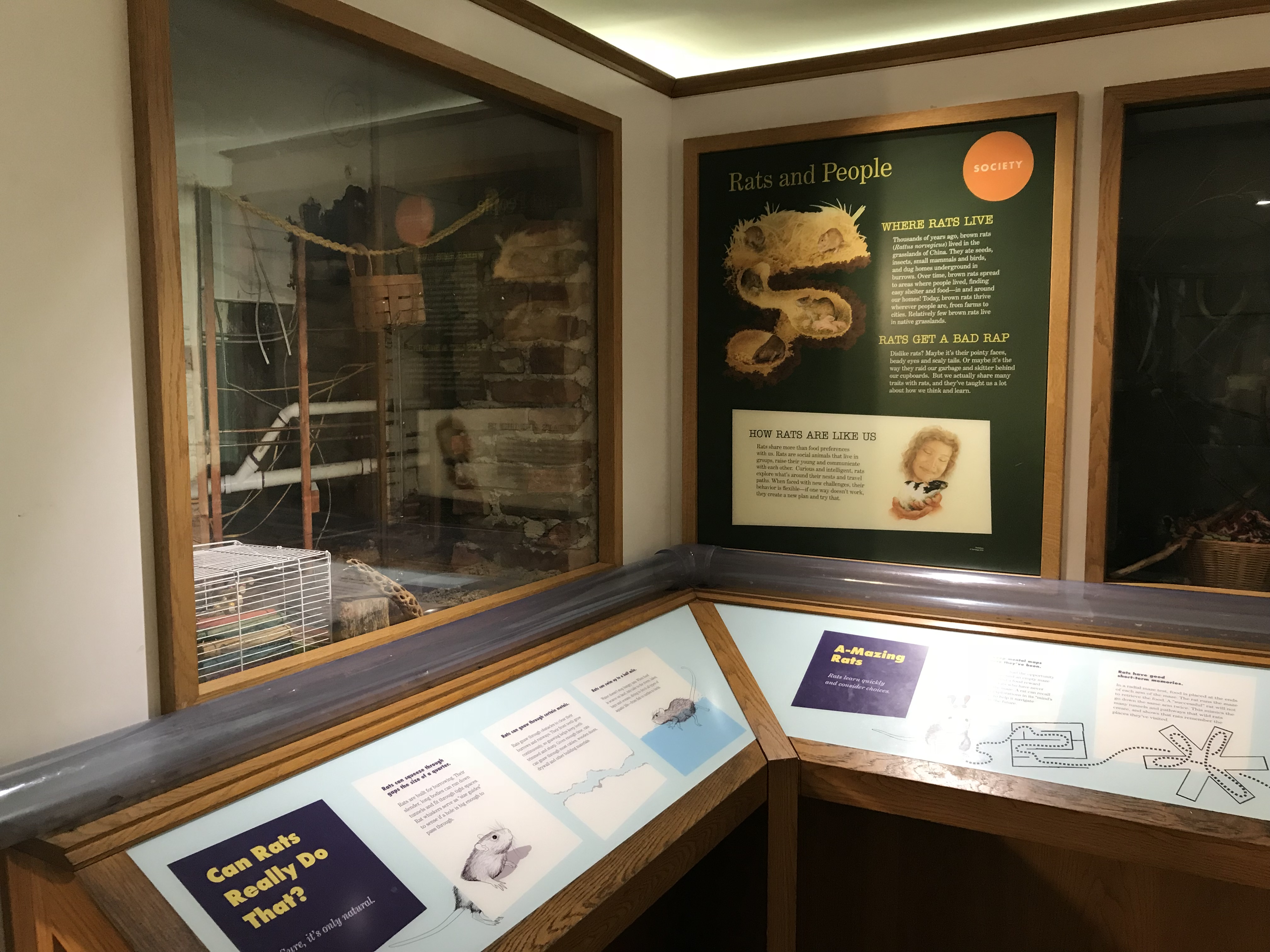 Do rats have any special adaptations?

“One of the most recognizable appendages on a rat’s body is its scaly tail, which they use for balance. Our habitat is designed to look like a basement; the rats will run up and down the brick wall, walk across the laundry line, and crawl through clear tubes to move between exhibits. A rat can fit in very tight spaces, even those as small as a quarter. As long as its head fits through the space, its body can fit through it, too. Rats have a short sleep cycle, so there is a good chance visitors will be able to see Donut, Muffin and Cupcake exploring their habitat and moving food and other enrichment items from one area to another.”—Erin Stromberg, animal keeper 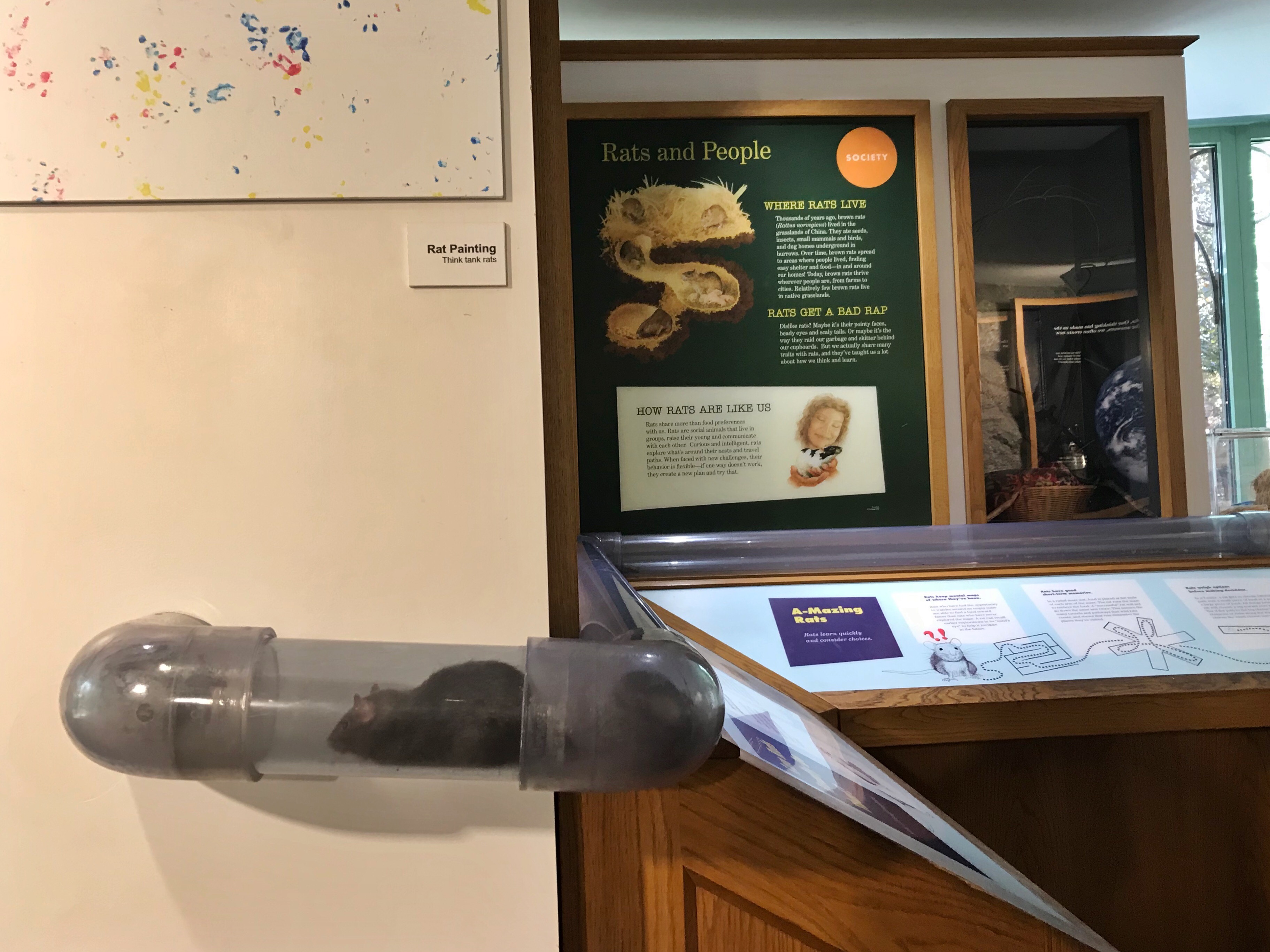 What misconceptions do people have about rats?

“Rats have a reputation for being dirty when, in fact, their nature is to be clean and organized. A rat’s burrow has separate chambers where they sleep, eat, store food and even defecate. One of the ways we encourage our rats to investigate their exhibit is by scattering their diet around the habitat. The rats use their natural behaviors and abilities—great sense of smell, memory and agility—to forage for food and bring it to the food chamber.” – Erin Stromberg, animal keeper 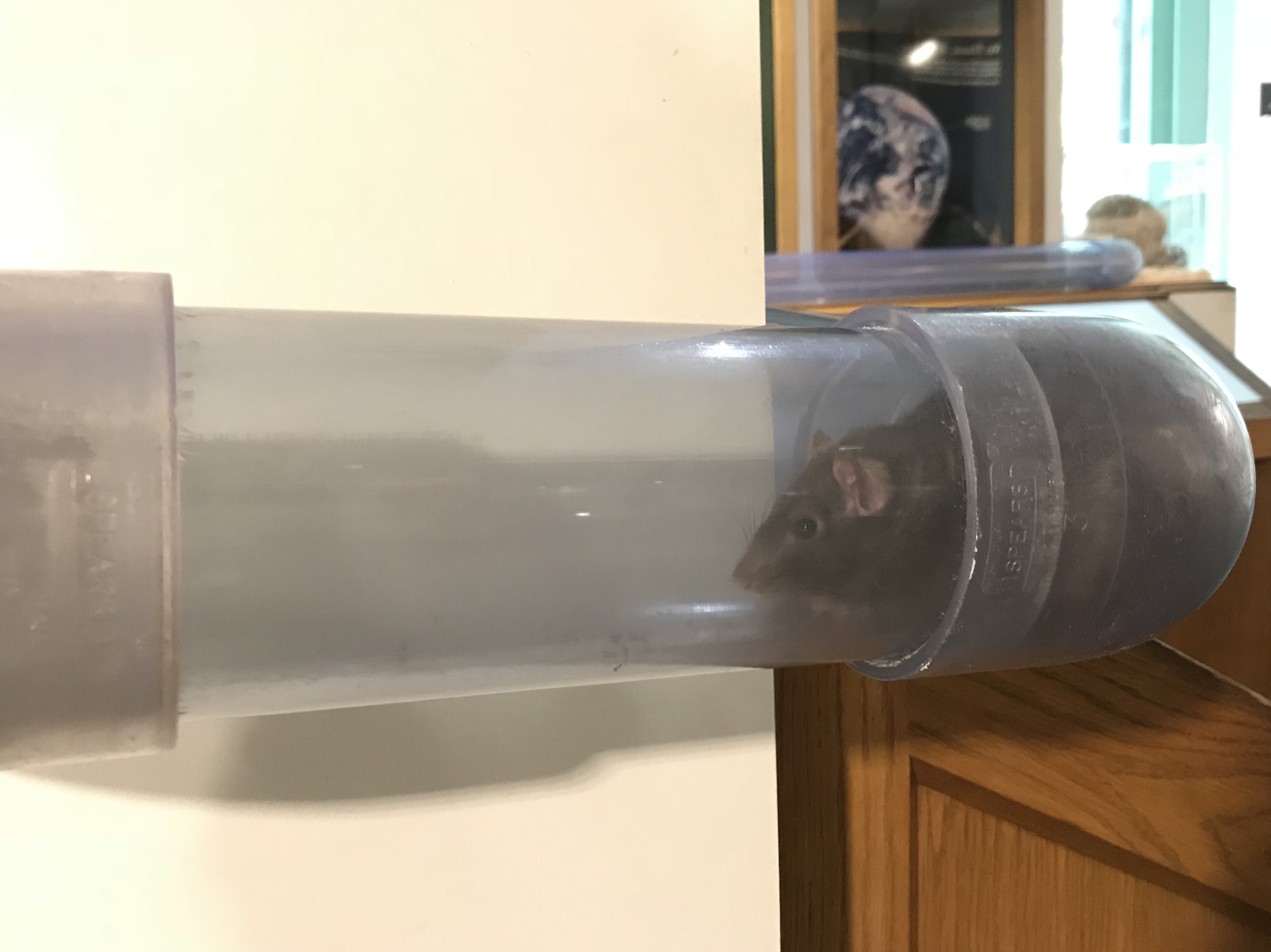 How are rats helping humans?

“People think of dogs having ‘expert’ noses, but rats’ sense of smell is even more sensitive than that of dogs. In Africa, the APOPO HeroRat non-profit organization trains Gambian pouched rats to detect land mines that have not been detonated. That program was so successful that they have expanded it; now, they’re also training rats to identify communicable diseases, such as tuberculosis, when presented with samples. For every one they identify correctly, they get a food reward. Law enforcement agencies also employ rats to detect drugs and even wild animals that are smuggled illegally across borders.”—Erin Stromberg, animal keeper

This story appears in the November 2017 issue of National Zoo News. Stop by the Think Tank to see the Zoo’s Norway rats navigate their habitat.