If you stop by the red panda habitat on Asia Trail, you may notice something new: TWO red pandas! Shama has been joined by a new male red panda, Rusty. Her previous mate Tate left last fall to be paired for breeding with a red panda at the Erie Zoo. Rusty comes to us from the Lincoln Children's Zoo in Nebraska. He turns one year old in July, and the Species Survival Plan has paired him with Shama for breeding. (Red panda breeding season takes place between January and March each year.)

After a 30-day quarantine period, keepers released him into the red panda exhibit on Asia Trail on early last week. The introduction between Rusty and Shama went smoothly, just as keepers expected. Rusty approached Shama curiously and Shama postured so Rusty would know she was in charge. Other than short interactions the pair remained separate for most of that first day.

On the second day keepers saw the pair sharing space and even spied Shama grooming Rusty—a sign that this duo is doing well already.

You can see Rusty and Shama every day in the red panda yard on Asia Trail, next to the Panda House. If you don't see them in the yard, they may be soaking up a few minutes of cool air conditioning in their off-exhibit area.

You'll be able to recognize Rusty by the blond coloration on his hips and tail! 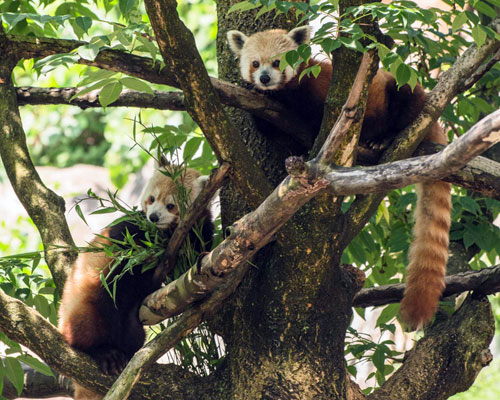 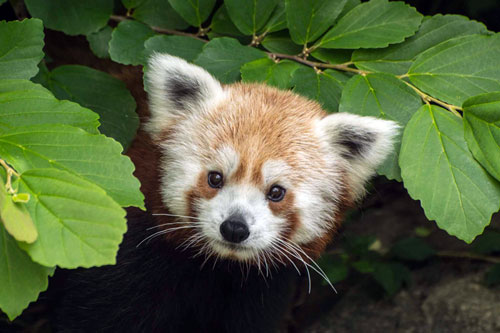