Last month Smithsonian Conservation Biology Institute chief veterinarian, Dr. Copper Aitken-Palmer and veterinarians from the San Diego Zoo and Hong Kong Zoo led a first-of-its-kind veterinary workshop at the Dujiangyan Panda Base to diagnose and elevate the level of medicine provided to giant pandas within China. During the workshop, veterinarians from all over China worked in partnership with veterinarians at Dujiangyan and international veterinary experts in diagnosing and treating ailments found in aging pandas. Just like humans, older pandas generally start to encounter more health issues, especially dental and ocular problems, the older they get. As part of the workshop, the veterinarians anesthetized eight giant pandas simultaneously to examine them closely. Each panda had a team of Chinese and international veterinary specialists using state-of-the-art monitoring and diagnostic equipment devoted to their care.

Dr. Aitken-Palmer partnered with Li Caiwu of Dujiangyan Panda Base to lead her team of veterinarians, which consisted of a group of about five veterinarians from zoos all over China. They anesthetized two giant pandas over 20 years old (giant pandas usually live to be in their mid to upper 20s). They were able to diagnose several things not previously diagnosed in the individuals including reproductive tumors (which may explain why the individuals had not been reproductive), cataracts, anemia, severe arthritis and dental disease. During the workshop, Pan Pan, a 30-year-old male panda famous for his natural breeding skills was evaluated. He's father to at least 32 cubs, including the Zoo's own Tian Tian! The workshop was a big success! All the veterinarians involved from Dujiangyan and around China deserve many congratulations as they work together to learn more about giant panda health and disease.

This veterinary training workshop is one of a series of three workshops focused on developing the Dujiangyan Panda Base into a center of veterinary excellence. Dr. Aitken-Palmer is leading the third and final workshop on laboratory diagnostics in November. SCBI's involvement in all three workshops has been made possible by the Ford Motor Company Fund, Hong Kong Ocean Park Conservation Foundation and the Rubenstein Family.

And finally, a #PandaStory update! We still do not know if Mei Xiang is pregnant or experiencing a pseudopregnancy. It isn't possible to determine if a female is pregnant from monitoring her behavior and hormones alone. Both will mimic a pregnancy even if she is experiencing a pseudopregnancy. Our veterinarians will continue performing ultrasounds twice a week, but they have not seen any evidence of a fetus yet. Mei has started exhibiting behaviors associated with pregnancy/pseudopregnancy. She is not eating as much bamboo as usual, she is sleeping more during the day, and she is nest-building at night. Since our keepers have started noticing changes, our corps of skilled volunteer giant panda behavior watchers are going to start observing Mei very closely. That means that both panda cams may be focused on Mei from time to time. But don't worry, Bao Bao will still be on camera! Even though our behavior watchers will be recording Mei's behavior, we have not moved to 24-hour cub watch yet. That likely will not happen until later this summer, so follow @smithsonianzoo on Instagram! Check out behind-the-scenes giant panda photos and videos with the hashtags #PandaStory and #InstaScience. 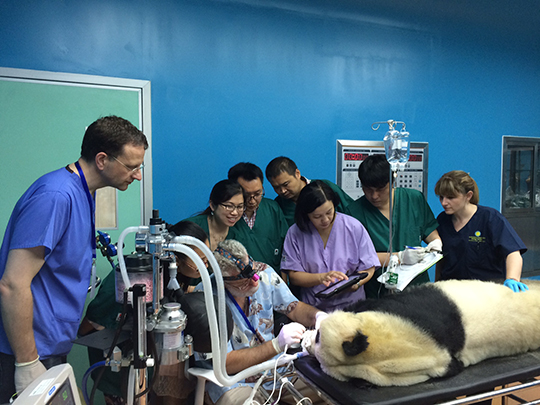 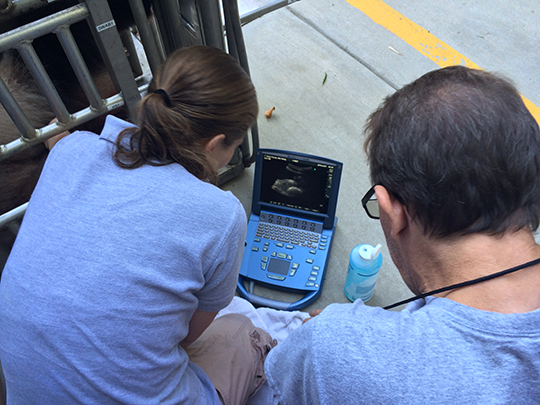