Tortoise Dudes and Duds: A Q&A with SCBI’s Rob Fleischer

In a shell of a paternity test story, Smithsonian Conservation Biology Institute (SCBI) scientists found that male desert tortoises that had been relocated from a threatened habitat to a new nearby home are reproducing at a much, much lower rate than resident males. Genetic paternity testing of 92 hatchlings by SCBI geneticists revealed that not a single hatchling was sired by a re-located male. Learn more about the team’s findings from Rob Fleischer, head of SCBI’s Center for Conservation Genomics and senior author on the study.

What is the primary finding of this study?

Four years after the translocation, we found that female tortoises that had been moved had reproductive success that was equivalent to the local resident females. That was not true for the males. We found that of the offspring for whom we could identify fathers during that timeframe, all had been fathered by resident males and none that we identified were fathered by translocated males.

Why is it important that the genes from translocated males are introduced into a resident population?

There are a few different reasons. One is that if you’re moving males at great expense—and these translocations can be costly—you want to make sure that their genes aren’t lost forever because of this move.

Then there’s a risk of inbreeding and lower genetic variability in the population, which can lead to reduced fitness and health challenges. We want more genetic diversity, especially in these federally threatened species, not less. Otherwise the species may face additional threats to its survival.

What are some of the challenges to understanding the impact of translocations?

Mostly in the past when people have done translocations, they followed the animals around and checked on their survival, behavior and health and how well they fit in with other individuals. They look to see if the females are reproducing and while they may see males mating, there are very few cases where anybody has done any kind of confirmation of reproduction using a genetic method. But for most species that’s the only way you’re going to get information on whether these males are reproducing and introducing their genes into the population.

Did the results of this study surprise you?

If the translocated males are not breeding, what do you think is going on?

We’re not sure yet. The translocated males might have had to expend so much energy on adjusting to their new environment that it resulted in reduced vigor, making them less appealing to females. Or resident males may be competitively excluding the new males from mating. It’ll be really interesting to follow-up on why this is happening. We also hope to repeat this study in the future to determine if there’s any breeding improvement for the translocated males. 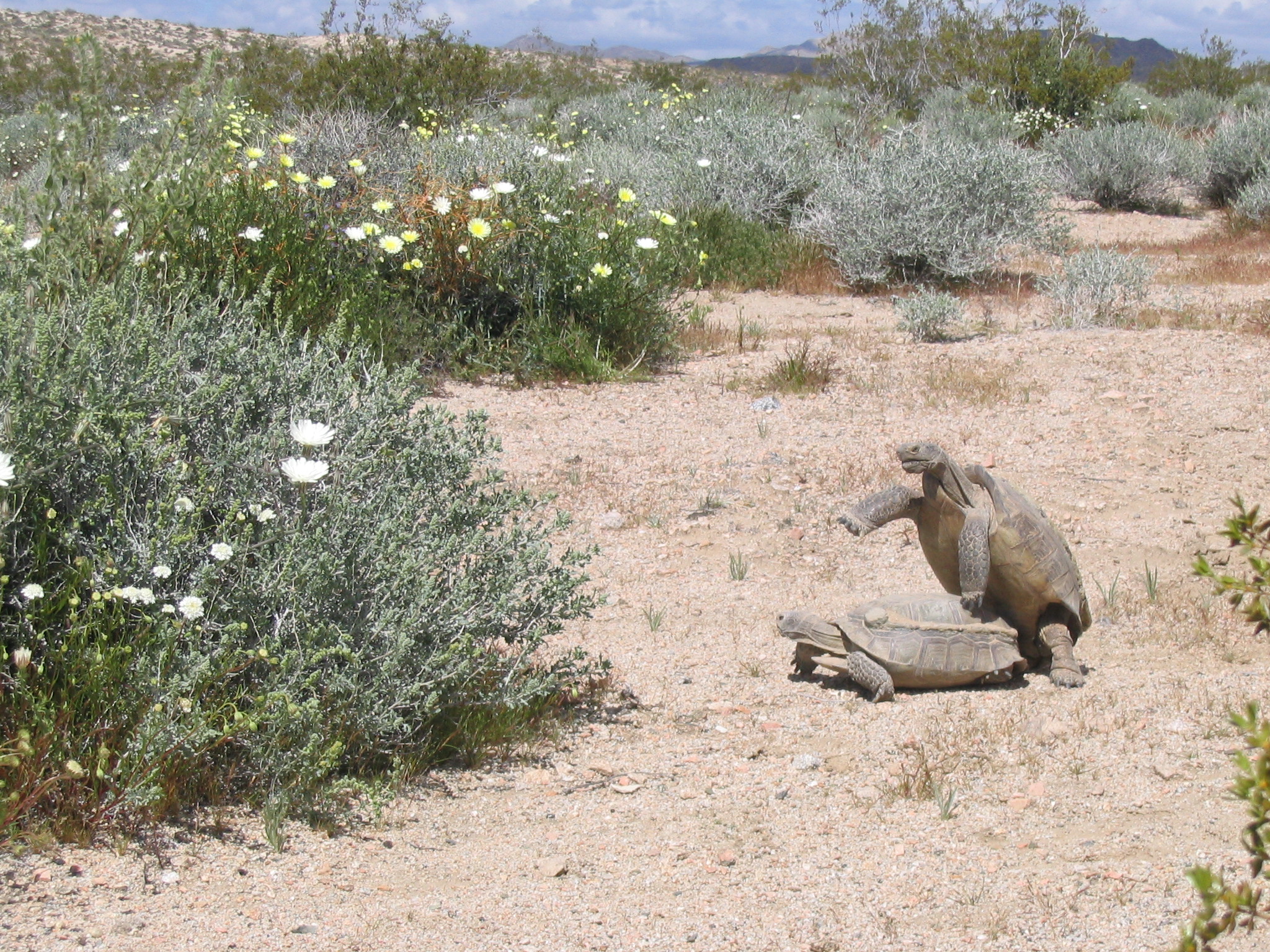 What do the findings of this study mean for the use of translocation as a conservation tool?

This has important implications for the use of translocation as a mitigation tool for the threatened desert tortoise, and perhaps also for other endangered species.

When you’re using translocation as a mitigation tool, you want both males and females to reproduce so that translocation is most effective. There may be cases where it’s more ideal just to move the females or you try soft release trials with the males, or limit the interactions between resident and translocated males. This would all vary by species and taxa and may not be a problem across the board.

These results highlight the utility of genetic tools in conservation, which should be considered every time conservationists are trying a translocation project.

This story was featured in the July 2017 issue of Smithsonian Conservation Biology Institute News. The findings, published by SCBI in Biological Conservation, highlight unexpected shortcomings of translocation, a common conservation strategy to rescue populations at risk and bolster genetic diversity and health.