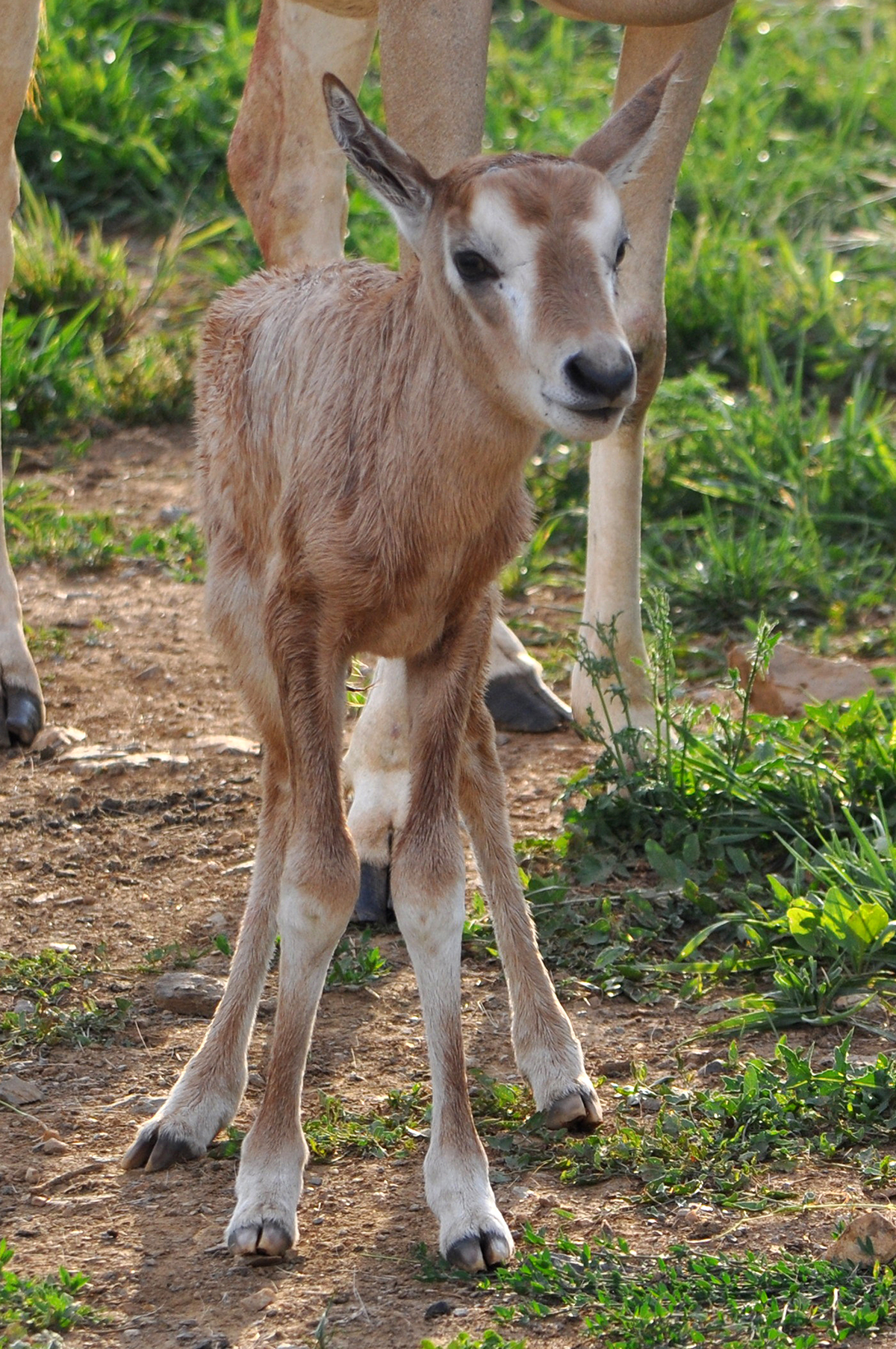 In summer 2015, the Smithsonian Conservation Biology Institute celebrated the birth of seven scimitar-horned oryx calves. When keepers noticed that a female calf named Esmerelda wasn't getting the maternal care she needed, they leapt into action. Keeper Dolores Reed bottle-fed Esmerelda, and now she's a healthy 4-month-old! Learn more in the Keeper Q & A below.

When did you notice that Esmerelda needed extra care?

Esmerelda's mom—a 10-year-old female named Loretta, didn't show strong maternal care from the start. Typically, oryx calves stick close to the herd, which helps them hide from predators. But, after the first 24 hours, Loretta didn't seem concerned about where Esmerelda was. When she was just 3 days old, she was wandering around and following the other adult oryx. I suspected she wasn't nursing well, so we made a bottle of formula.

Did you have formula already prepared? 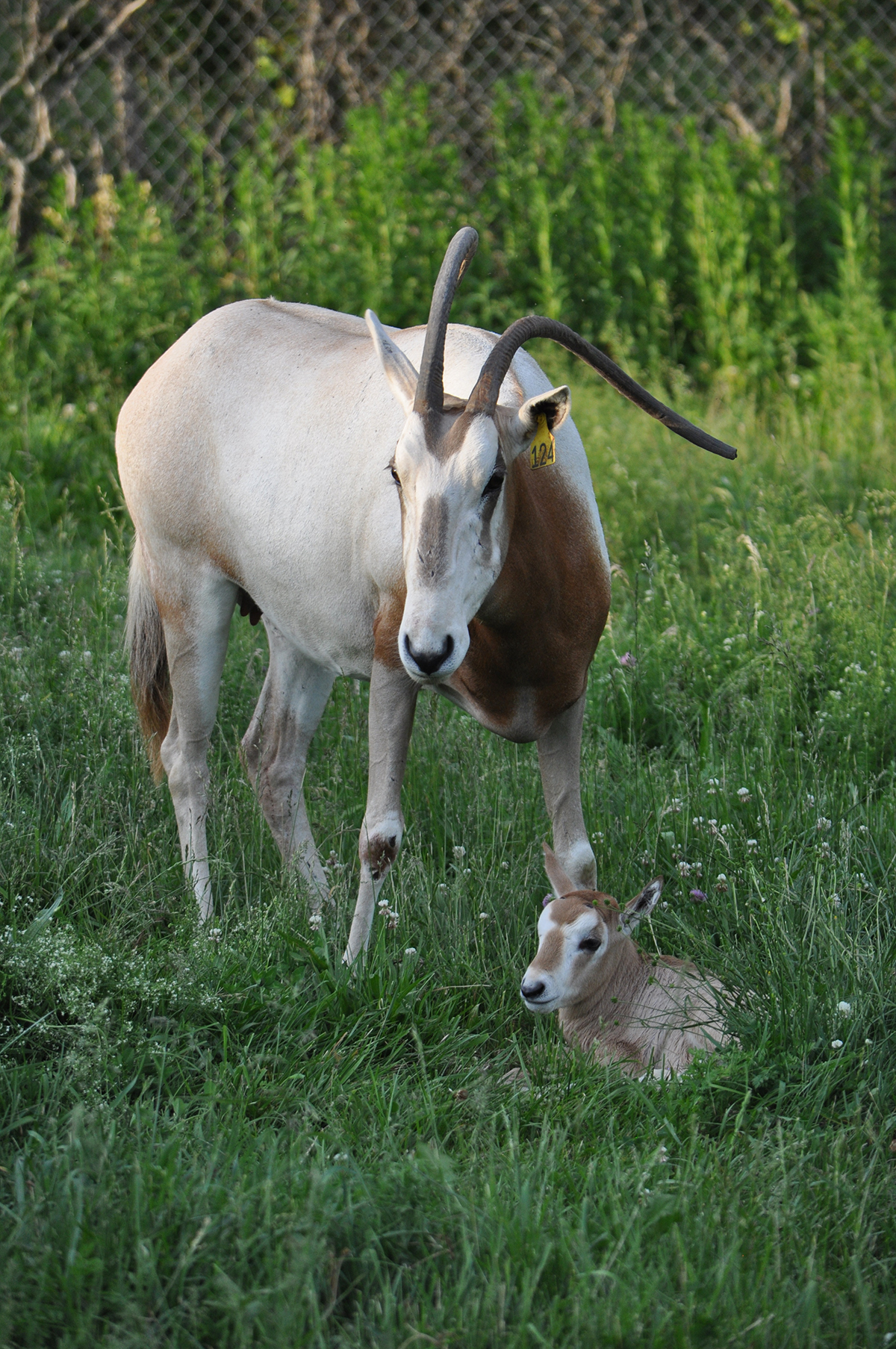 We have all necessary bottle-feeding items available all year round. A “carry all” is ready to go with nipples, bottles thermometer, data sheets, evaporated milk, vitamins etc. The formula is simply evaporated milk undiluted straight from the can with a pinch of table salt and 4 drops of liquid human baby vitamins per bottle. The volume is based on the calf's weight and increases as the calf grows.

How did Esmerelda take to the formula?

As soon as I put the nipple into her mouth she immediately began to nurse. She finished the whole bottle very quickly! We set up a stall in the barn for Esmerelda, Loretta, and another adult female. In this setting, keepers were able to nurse Esmerelda four times a day. Loretta showed interest when we were feeding Esmerelda, but never allowed her to nurse.

How did you train her to continue to take the bottle from you? 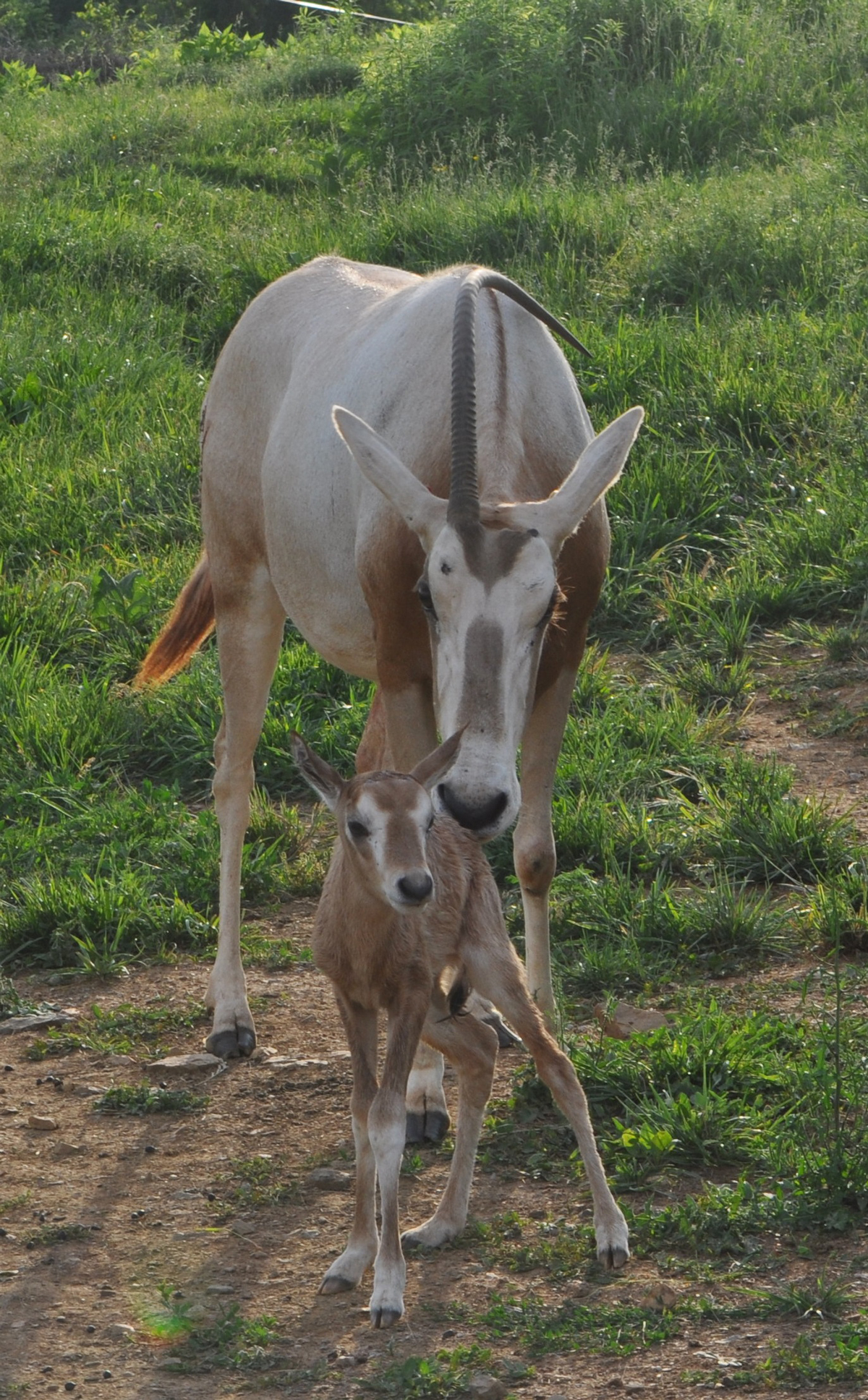 We approached her slowly and quietly. Still, for the first few days she was quite nervous until the bottle was in her mouth. The positive reinforcement of having the feeling of a full belly every time she saw us eventually overcame her fear. Once she began moving around the stall, we had to make sure she could see the bottle held out in front of us and smell the milk before she would approach us.

To help her make the association between us (the keepers) and a positive reward (the bottle), we began clicker training her. Every time Esmerelda nursed, we used the clicker to reinforce that she was doing the correct behavior asked of her. Over time, we began clicking as we arrived at the barn. She would start licking her lips and come toward us for her bottle. Once the bottle was empty, we would stop the clicker and she would return to the herd.

What was the biggest challenge in training Esmerelda?

It was challenging to introduce new keepers to the feeding schedule, because Esmerelda was very aware of who was feeding her. It took a lot of patience to get her to make the connection that she had to leave the herd in order to eat. Often, if the adults moved away quickly, her instinct to stay with the group overpowered her hunger. Toward the end of her weaning, she wouldn't take the bottle if more than one person was close by or if she was interrupted in the middle of a feeding. 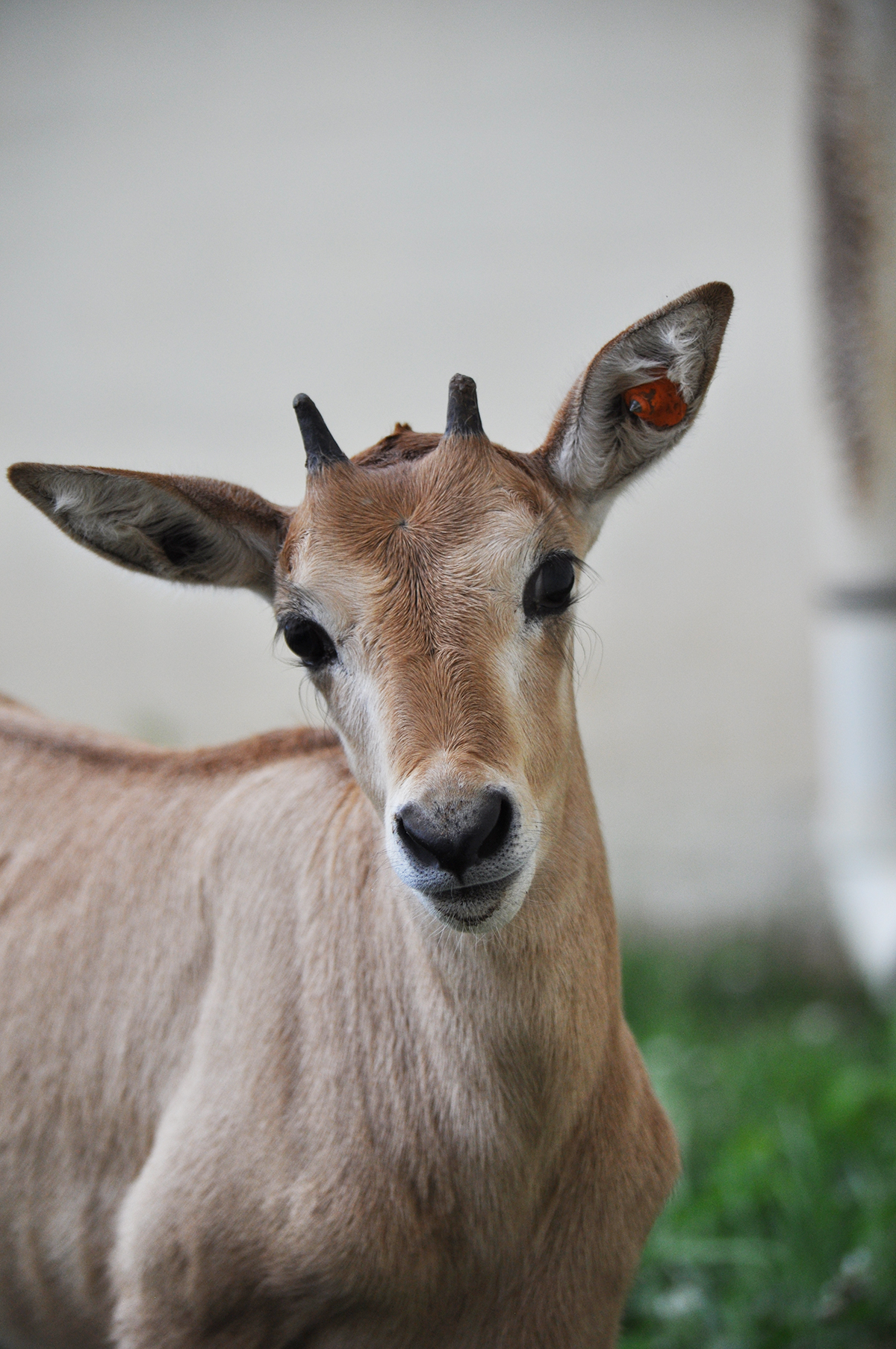 At first, we fed Esmerelda four times a day between 6:30 a.m. and 12:00 a.m. The volume in each bottle increased with the reduction in the number of feedings. At the height of her bottle feedings she was receiving 56 ounces of milk a day! She was weaned at 3 months of age, but she was very observant when the adults were eating and began mimicking them by nibbling hay at two months old. Now, she eats grain, grass, and hay—everything the adults eat!

How has Esmerelda integrated into the herd?

Esmerelda is doing great! She fully integrated into our herd and acts like all of the other calves that have been raised by their mothers. She will watch us very closely but she will not approach us.

It's probable that we will try to bring a bull that is a good genetic match for her to SCBI, and she will have offspring of her own here. I am confident she will be a good mother no matter where she ends up.

This story appears in the October 2015 issue of National Zoo News.