Releasing Black-footed Ferrets into the Wild

Last week saw a perfect example of how the Smithsonian Conservation Biology Institute saves species: Staff released black-footed ferrets—once feared to be extinct—into the wild prairie on a ranch in Colorado.

Of the six ferrets released, two lived at SCBI from 2010 to 2013, where they were participated in our breeding program. The two females produced a total of seven kits during their time at SCBI. In 2013, they moved to the U.S. Fish and Wildlife Service’s National Black-Footed Ferret Conservation Center where they continued to breed. This summer, they went to live in the ferret “pre-conditioning” enclosures where ferrets prepare for release into the wild by learning to hunt as predators and survive an environment close to what they will encounter in the wild.

SCBI supervisory biologist Warren Lynch and animal keeper Chris Crowe were on hand for the release, as was senior education specialist Laura Linn. The team also transported 32 ferrets from SCBI to the Ferret Conservation Center. Those 32 ferrets will be reintroduced onto North American prairies later this fall.

Black-footed ferrets, once feared extinct, were rediscovered in the wild 1981, and all ferrets alive today are the descendants of just 18 animals. Since then, 808 ferret kits have been bred at SCBI, more than 280 of which have been reintroduced into their wild, native habitat.

SCBI breeds black-footed ferrets every year. SCBI senior curator Paul Marinari, who also keeps the studbook for the Black-Footed Ferret Species Survival Program, worked with the U.S. Fish and Wildlife Service to determine, based on genetics, which ferrets would be released into the wild. 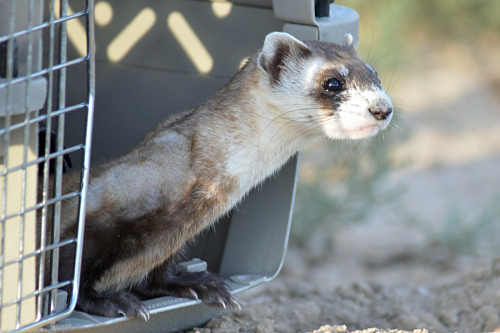 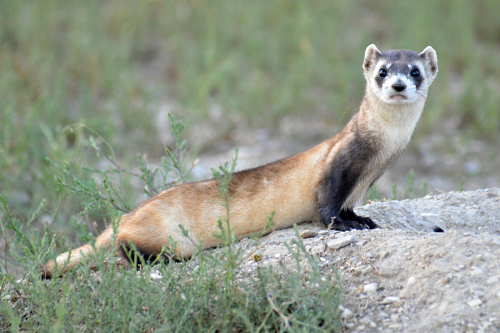 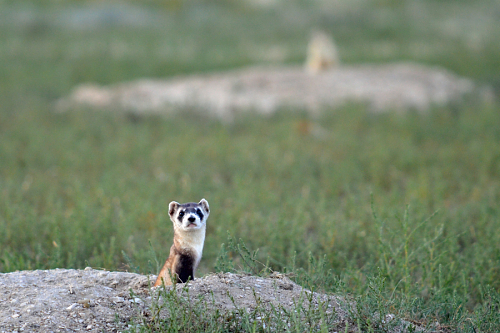