Asian elephants get much less attention than African elephants, but there is less than a tenth as many left in the world. About 500,000 African elephants remain in the wild compared to 30,000 to 50,000 Asian elephants. Out of the two, Asian elephants are more endangered and face multiple threats from poaching, habitat loss and human-elephant conflict, says Peter Leimgruber, head of the Smithsonian Conservation Biology Institute’s Conservation Ecology Center. Leimgruber and his team are tracking elephants via satellite collars in Myanmar, where their efforts to understand how elephants use their habitat has revealed a troubling rise in poaching.

Help SCBI scientists track and save elephants in Myanmar! Make a donation to Friends of the National Zoo's Conservation Nation program.

One of our main projects focuses on Asian elephant populations in Myanmar, and our research estimates that there are less than 2,000 elephants left in that country. We wanted to learn about elephant behavior and movement. What elements make an animal likely to raid a crop, attack a house or engage in other types of human-elephant conflict?

It’s important to recognize that Asian elephants, as the second-largest terrestrial mammal, need lots of space to roam. These animals live in the most populous place in the world. Somehow, they persist. Right now, we’re in a downturn due to the recent poaching crisis, but the work that we and our partners are doing on the ground to detect and prevent poaching is helping, which is a positive step toward saving this species. 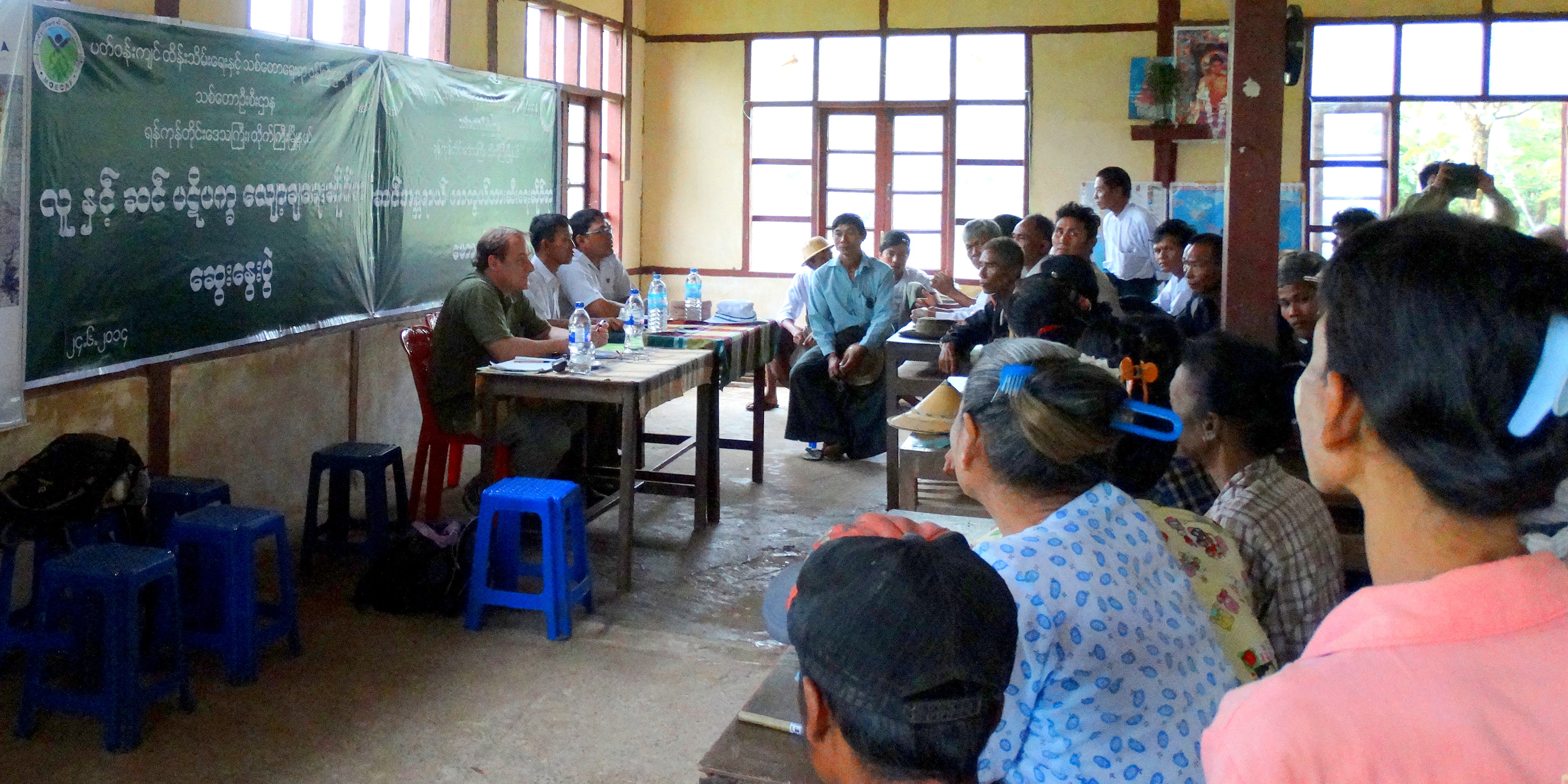 What happened to the elephants that SCBI scientists collared earlier this year?

They started disappearing off our radar. We aren’t sure about the status of certain animals because, over time, some of the collars just stopped working. By now, we have collared 19 elephants, and it appears that all of the ones that disappeared have been poached. The loss really started accelerating in the last year in areas where we see a lot of human-elephant conflict.

Part of our local outreach is to travel into townships to teach people how to reduce potential conflict with elephants. Luckily, many people in the community value elephants and do not want to poaching to continue, so they report incidents to us.

Why are elephants being poached?

What is alarming about this latest poaching event is that it appears to be indiscriminate. We have found carcasses of adult males, adult females and calves—all of them skinned. These days, the illegal wildlife product market is less concerned with ivory (only male Asian elephants sport tusks) and more concerned with turning skin into ointments and creams for the traditional Chinese medicine market. A square foot of elephant skin can earn a poacher $120 USD. There is no evidence to support that these treat any ailments; rather, as people become more affluent it is a symbol of status to purchase products made from wildlife. 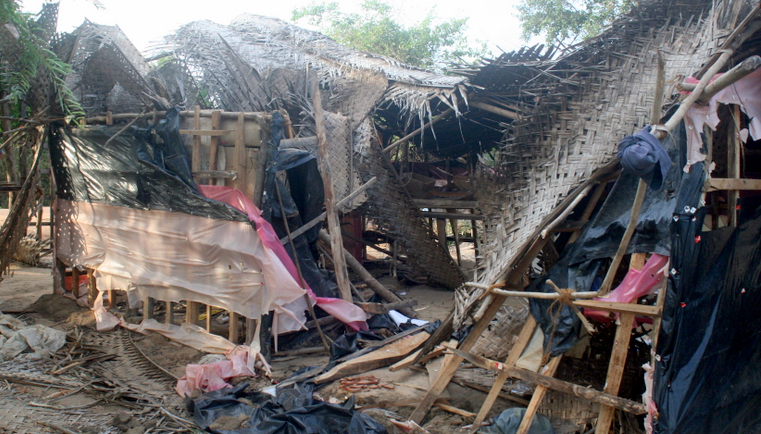 This home was damaged by an elephant.

What effect does this have on elephant populations?

It matters enormously when any elephant is killed. In the past, poaching for ivory only affected male Asian elephants. And while that is concerning, loss of males doesn’t affect the demography as much as the loss of females. Every female counts, because she may give birth to up to six calves over her lifetime. Losing them and calves is the fastest way to drive a population into extinction. 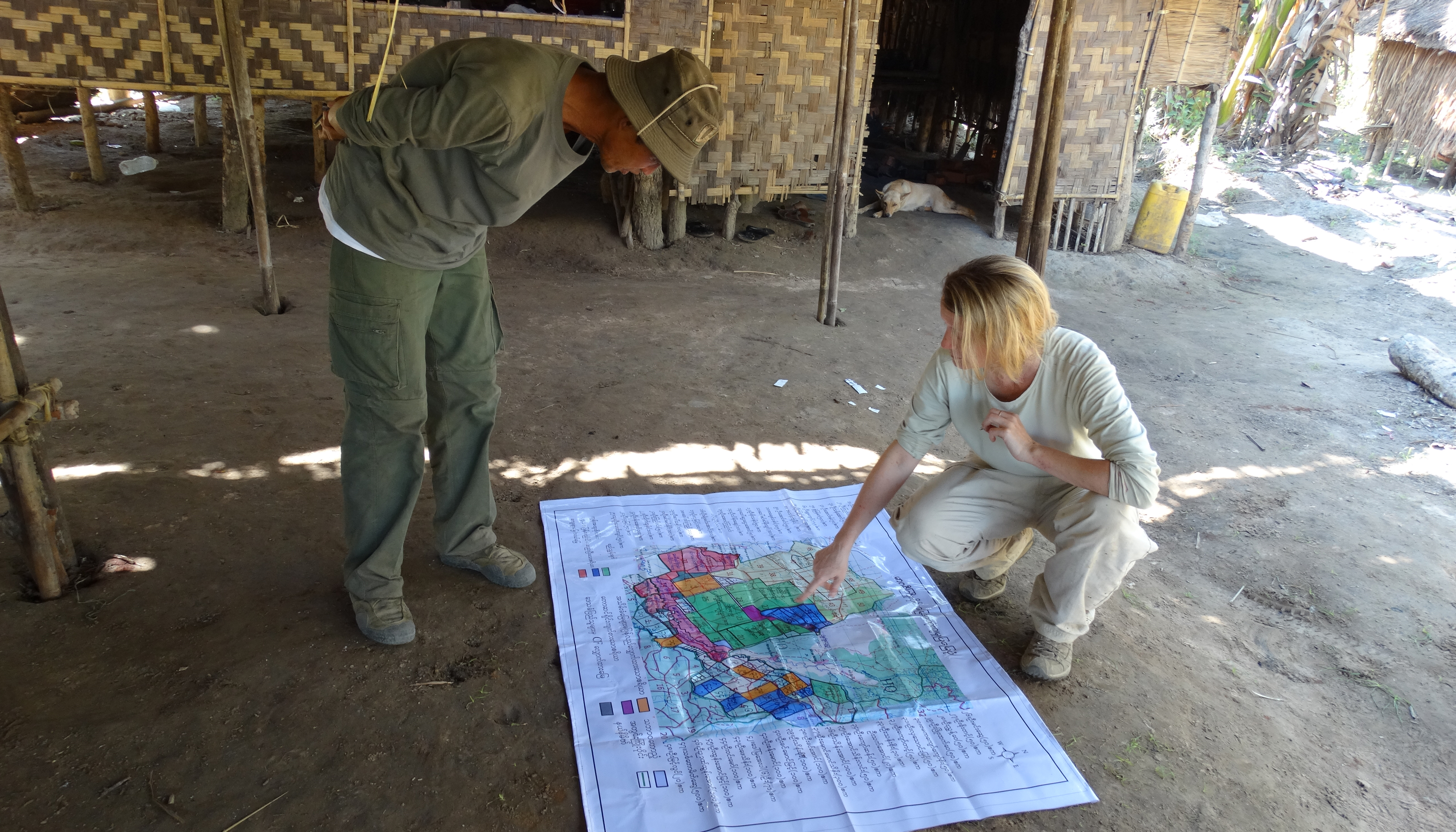 What is being done to slow or stop poaching in Myanmar?

Because SCBI has formed partnerships with many governments around the world, we are able to connect our partners at the Myanmar wildlife department with our partners at the Kenya wildlife department. Together, they can discuss what has worked and what hasn’t in terms of controlling poaching, and what resources are needed to put anti-poaching enforcement in place.On the Smithsonian side, we are going to continue our efforts to collar elephants and expand into other areas of concern. Tracking them via GPS is the best way for us to assess how the elephants are interacting with the landscape. It also helps us pinpoint areas where human-elephant conflict and poaching are occurring. We partner with several non-governmental organizations that accompany us into the townships and help us teach people on the front lines about elephants. There are parts of Myanmar where it is possible to purchase elephant skin and ivory (ivory carving is a cultural tradition that is centuries old). So, our goal is to spread the word and raise awareness about how poaching is affecting elephant populations.

How can people in the United States help elephants in Myanmar?

Although the U.S. is not the biggest consumer of ivory, it remains a major market. Likewise, habitat loss from large-scale agricultural practices—like non-sustainable palm oil plantations—have a big impact on elephants, which need a lot of space. Consumers can help prevent further elephant decline by being informed and checking the labels of the products they buy to ensure that they were sustainably sourced.

If you are passionate about elephants, one of the best ways to help is to support conservation efforts like ours that are working to save Asian elephants in their native habitats.