Tracking Takhi on the Steppe

In September, Conservation Ecology Center Postdoctoral Research Fellow John McEvoy traveled to Mongolia to track wolves and to study the movement behavior of reintroduced Przewalski’s horses—the last of the truly wild horse species. The following is an excerpt from his travel log. 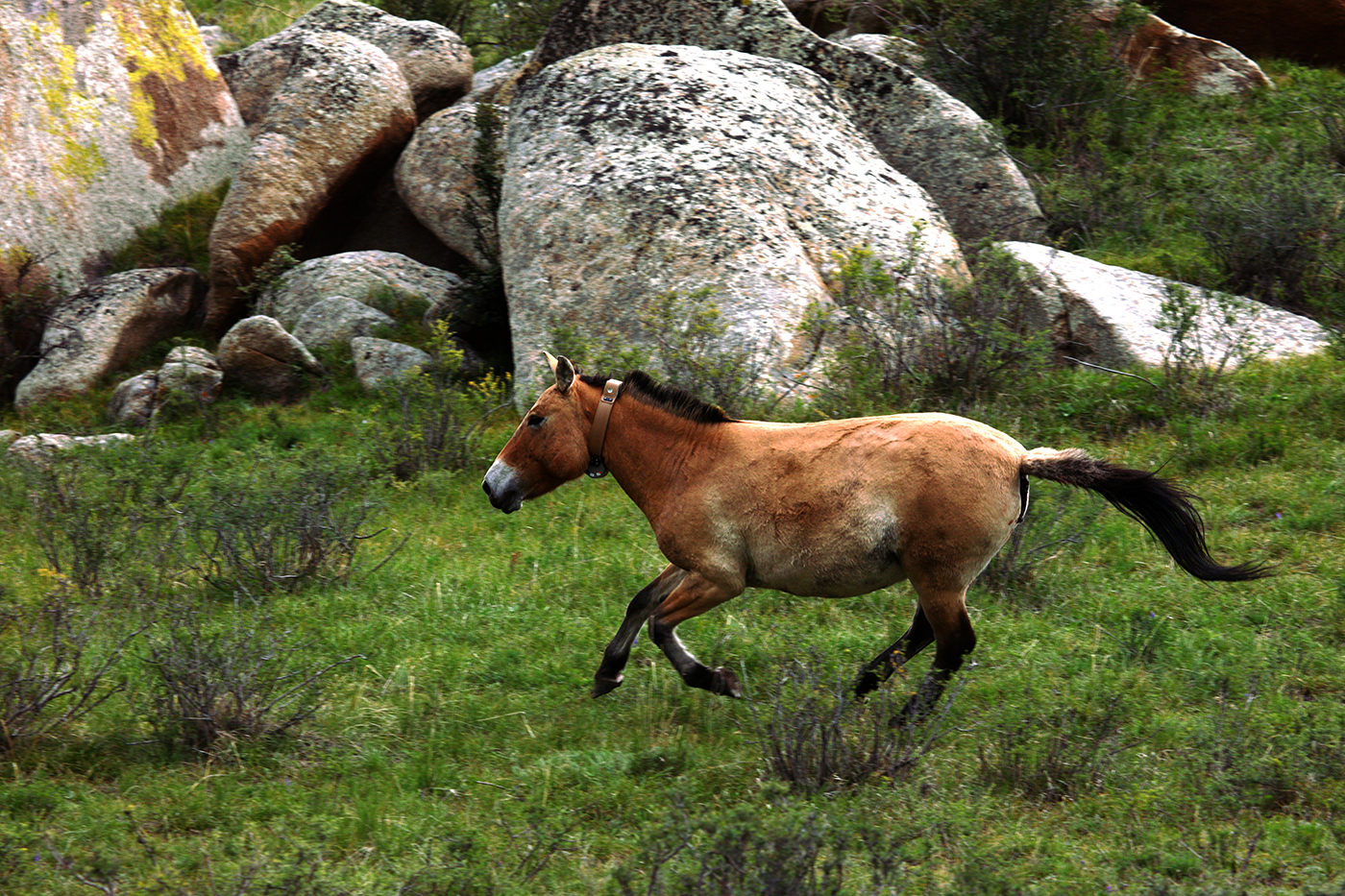 When I am not chasing elephants around in Myanmar or at Smithsonian Conservation Biology Institute headquarters in Front Royal, Virginia, I spend the remainder of my time working with reintroduced Przewalski’s horses in Mongolia. The Przewalksi’s horse (pronounced shah-VAL-skee) is the only truly wild horse in the world. 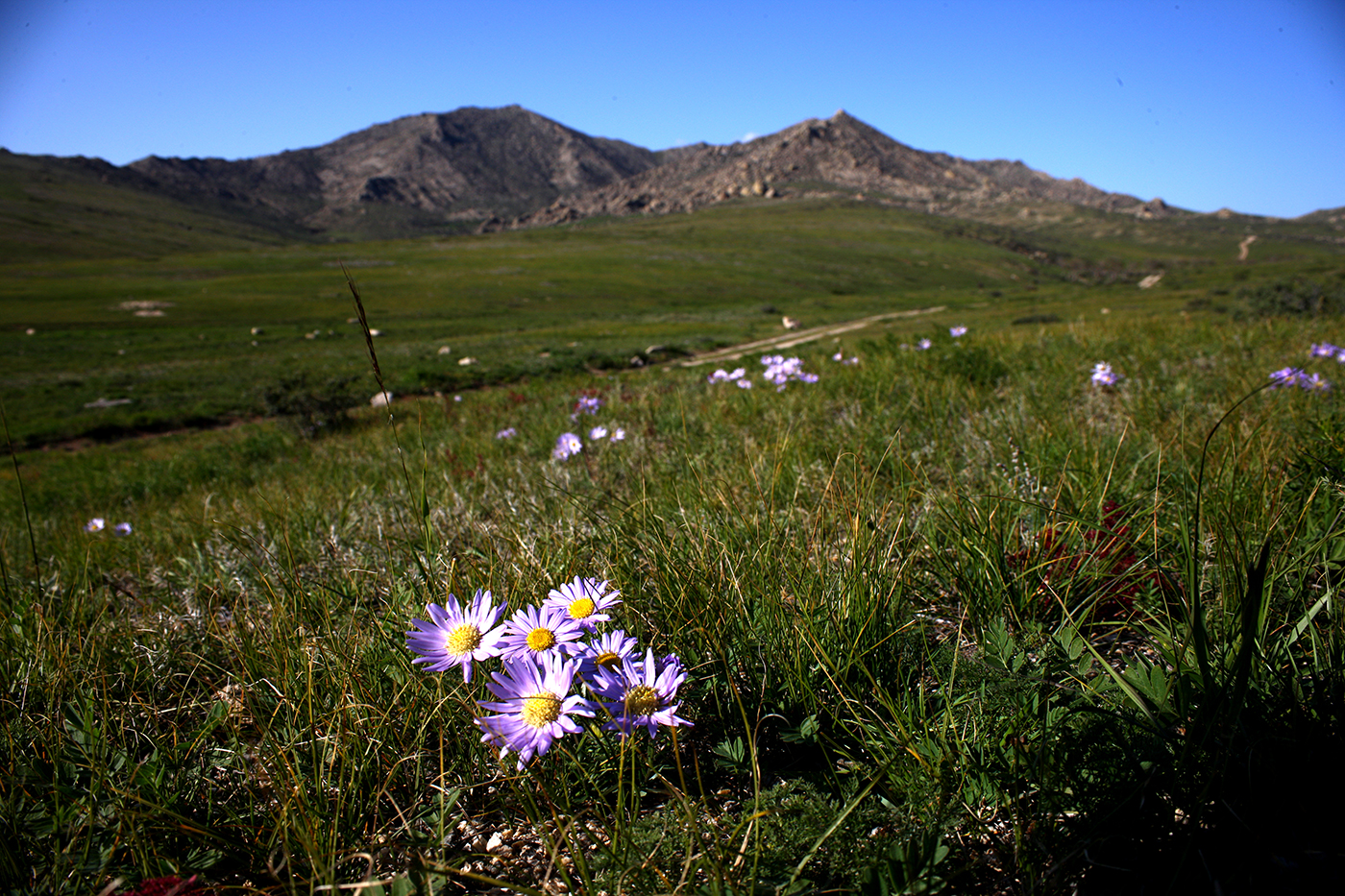 After going extinct in the wild in the 1960s, they have been successfully reintroduced at a number of locations in northern China and Mongolia.Our work in Mongolia is based around the population of Przewalski’s horses—or takhi, as they are called in Mongolia—at Hustai Nuruu National Park, where we study their movement behavior and ecology in collaboration with park ecologists and colleagues from the Minnesota Zoo. The takhi have a very strong social structure, and we currently track dominant mares in social groups of females, called harems, guarded by a single stallion.

Hustai Nuruu National Park is a two-hour drive from the capital Ulaanbaatar, a city that is rapidly expanding alongside foreign investment and mining money that has poured into the country in recent years. We usually stay in a hotel near Sükhbaatar Square, just outside the houses of parliament. Ulaanbaatar is a fun and strange city, in many ways, including the brilliant smiley faces that someone has painted on manhole covers. Traffic is insane, and things like traffic lanes and pedestrian crossings seem to be purely aspirational.A coal-fired power station in the middle of the city and the smoke from wood fires in the sprawling ger district somewhat dampen the environmental effect of nearly everyone driving hybrid cars from Japan. A ger is a traditional Mongolian circular tent referred to as a yurt in other countries. Ulaanbaatar also has a fantastic dinosaur museum full of brilliant fossils that I, unfortunately, failed to see during this trip. 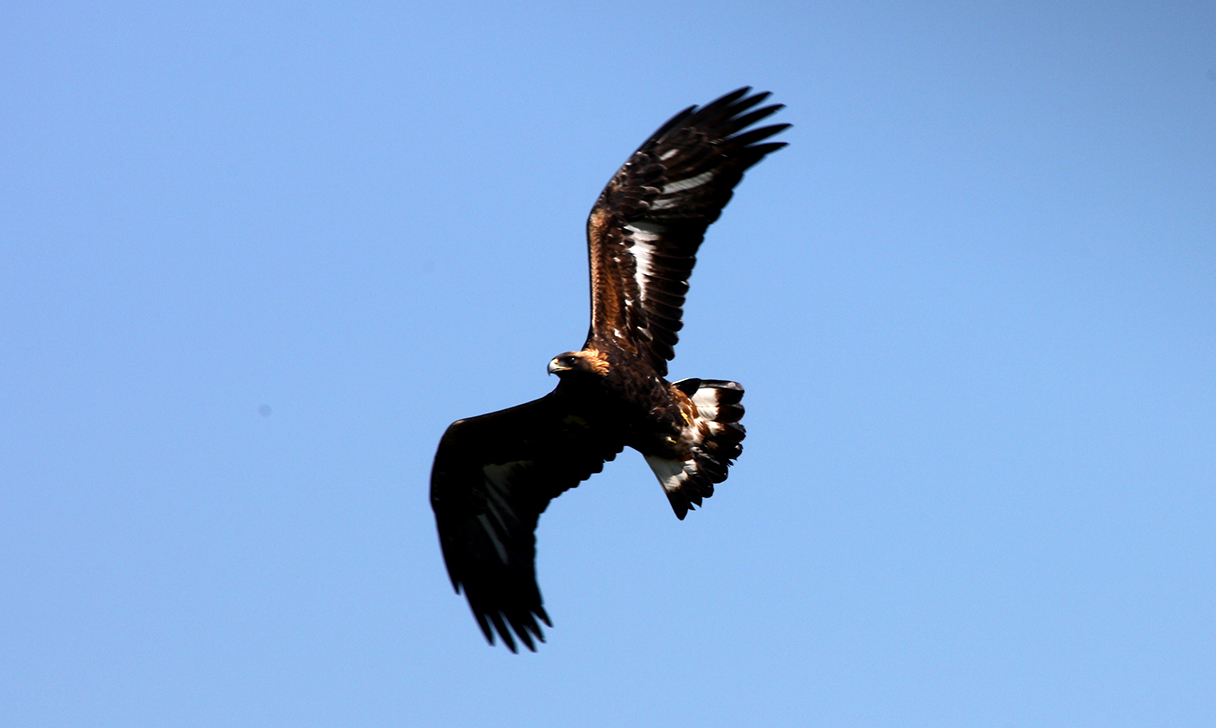 Back outside of the city, Hustai is a little gem of a national park spanning nearly 50,000 hectares and made primarily of mountain steppe habitat with small patches of birch forest. We usually visit between spring and autumn, because the minus 22 degrees Fahrenheit temperatures make it too hard to work in winter. The park is unfenced and surrounded by families of herders with a combined 80,000 head of cattle, goats, horses and sheep.In addition to a herd of nearly 400 takhi, Hustai is home to an incredible array of wildlife, including raptors (like the golden eagle, steppe eagle, Amur falcon and lammergeyer), abundant passerines, fabulous wildflowers, red deer, Siberian ibex, grey wolves and cute, fat little marmots running all over the place. While at the park we stay in the relative lap of luxury, bunking in gers at a tourist camp.At the time I joined the project, five GPS collars were active on takhi mares at Hustai. We had already learned a lot about their movement, including seasonal patterns of home-range size and where and when they utilize artificial water sources. The five harems—groups of female horses guarded by a single stallion—that we tracked were not using a lot of the park, even though there were plenty of suitable grazing areas.

Are the takhi staying where they were reintroduced, because they don’t know anywhere else and are not inclined to move? Are they facing pressure from predators or competition from livestock? Is water a limiting factor? Or have we only collared the few harems that choose not to move much and have yet to track other, more mobile groups out there? 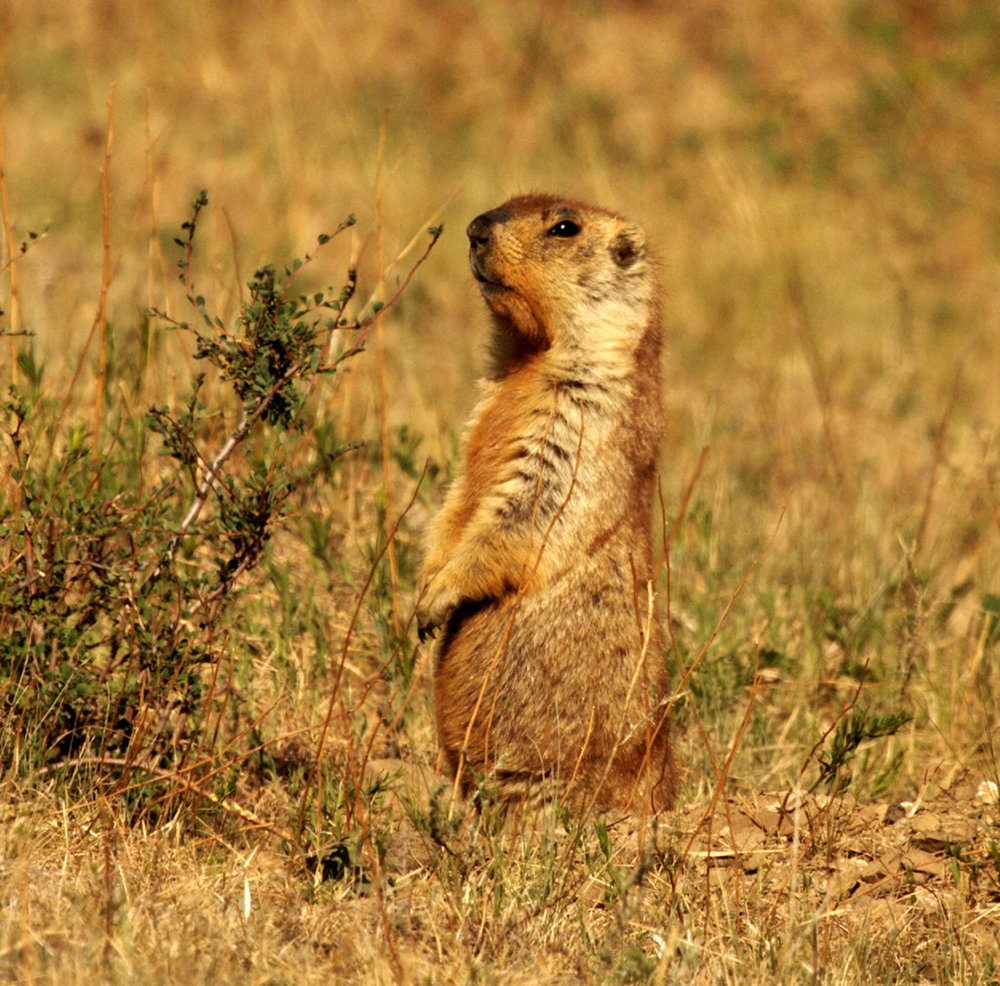 To get at some of these questions I traveled with colleagues from the Minnesota Zoo to collar a further 10 harems this year. The folks from Minnesota Zoo have also supported the construction of new, permanent water holes in the central area of the park, in the hope that they will act as a link between two occupied areas of habitat. On this trip, we targeted harems that were hard to access and were thought to be more mobile than those we have already collared. The rangers and research staff at Hustai are amazing and worked very hard to get us the horses we needed. It was down to the wire, but we deployed all of the GPS collars, bringing the number of tracked harems up to 15, which is almost half of the harems in the park. 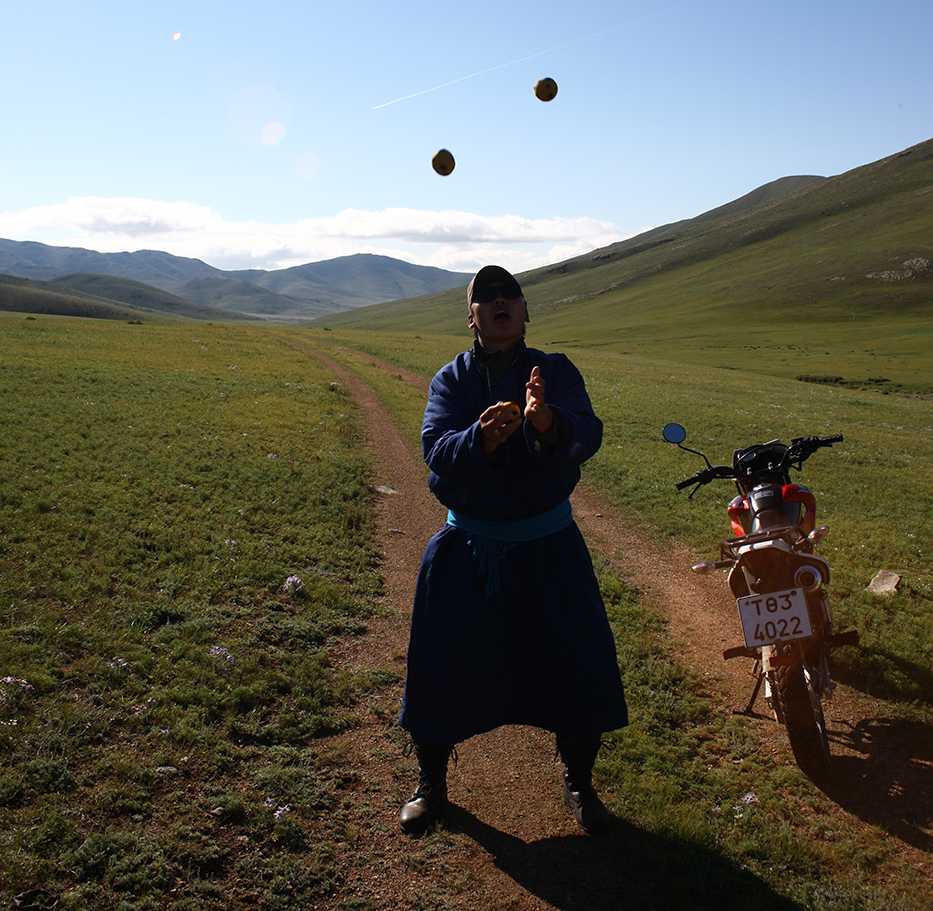 During the long periods of waiting, while the vet and the takhi biologists or protection manager were carefully stalking our desired horse, I held some circus lessons for my colleagues and the rangers. In return, the rangers put on a show of wrestling competitions, and our volunteer from New Zealand gave us archery lessons.

The data from the new collars on takhi is already pouring in and revealing how these horses use the park in more detail, including leaving the park to feed in wheat fields, which was not previously known. Proximity sensors on the collars will give us additional insight into how different social groups interact with one another in time and space, and we will be able to see the effects of those added water holes.

This work was funded in part by Saudi Aramco through the Movement of Life initiative and by the Cedar Hill Foundation. It is conducted in collaboration with Hustai Nuruu National Park, the Minnesota Zoo, the Wildlife Science and Conservation Center of Mongolia and the Naturmuseum Senckenberg.