Polar bears are arctic specialists. Unfortunately, these beloved bears face a growing threat in the form of disappearing sea ice. Our senior scientist, Dr. Don Moore, traveled to Canada for Polar Bear Week to monitor how climate change is affecting the bears in their shrinking habitat.

Polar Bears International hosts Tundra Connections, a series of webcasts that reach students all over the world and teaches them about polar bears and their biology through interacting with scientists in the field. 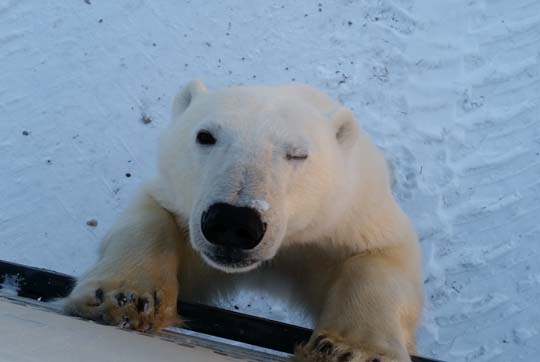 When I first visited polar bears in Churchill about 15 years ago, our inaugural broadcast was from a primitively equipped "Buggy One," and we spoke with students in Australia via a laptop and microphone. This year, hundreds of thousands of people again joined the conversation! Connecting with people this way allows us to reach both individuals and communities to exchange ideas and help develop solutions to climate change.

From those humble beginnings, we've expanded our conversations to include a wide variety of Arctic wildlife. Polar Bears International began establishing collaborations beyond polar wildlife and zoo-based scientists to include climate scientists and social scientists. Our team of experts now includes climatologist Dr. Cecilia Bitz and her students, and climatologist/social scientist Dr. Katharine Hayhoe.

It's important for people watching the webcast to make connections with these animals, too. That's why Polar Bears International has worked with Explore.org to expand the conversation to include all of the Arctic's wildlife and, of course, how the changing arctic climate is affecting them.

Over the years, I have seen some of the most fascinating animals on the planet while visiting Churchill: polar bears, seals, gyrfalcon, snowy owls, eider ducks, wolves, caribou, wolverine, arctic foxes, red foxes, arctic hare and ptarmigan. Each species is intriguing in its own right, and Explore.org helps people see some of this wildlife via their live cams. I can't imagine our Arctic without these animals. 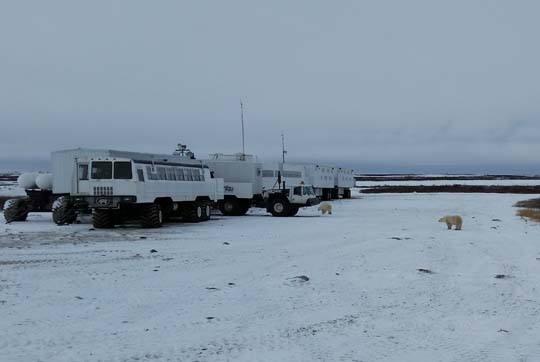 Climate change is affecting the whole planet. The evidence presents itself in the form of ice loss around the poles and glaciated areas, coral bleaching from warming oceans, changing migration patterns and mass extinctions. Despite the science backing up the case of climate change, some people continue to be skeptical that it is occurring.

In our webcasts, we talked about little 'everyday' things people could do for the planet, like "Reduce-Reuse-Recycle." Individuals can take simple actions to be good stewards of Earth, such as turning off lights when leaving a room, turning computers off at night, taking public transit, car-pooling, and taking shorter showers. As an added bonus, these practices can help you save money!

Communities, too, can make changes that will help our planet by incorporating solutions like "stop idling" campaigns in schools and towns, town-level shifts to renewable energy sources like solar and wind power, and supporting local farmers markets (the food travels shorter distances, so the food itself has a smaller carbon footprint). These are all good conservation practices and save resources for the rest of the planet for now and future generations.

This story appears in the December 2015 issue of National Zoo News.

Want more animals in your inbox? Sign up for the e-newsletter here.