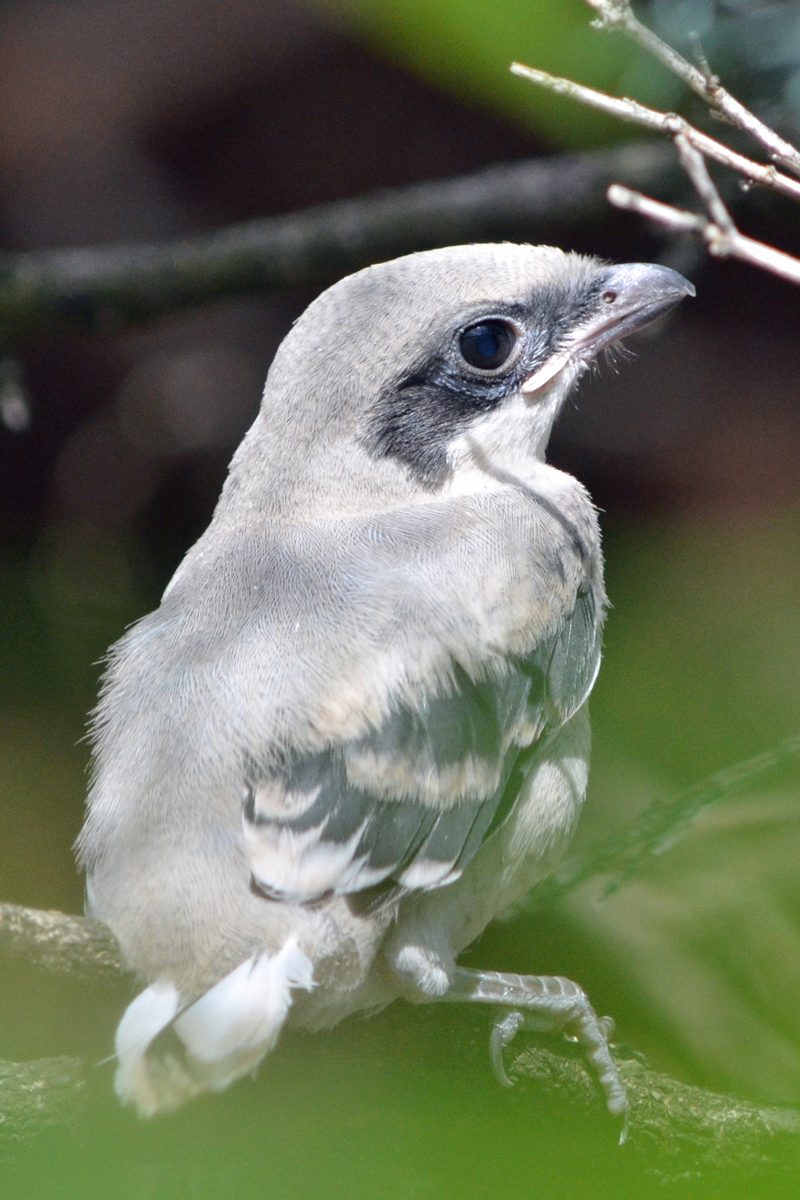 Seven loggerhead shrikes that hatched in May have become the first of their species born at SCBI to be released into the wild! Now in Canada, they're helping to bolster native populations. But why are these “butcher birds” in decline? Hear from animal keeper Chris Crowe how SCBI is trying to crack that code.

Why is this release significant?

These loggerhead shrike chicks are the first from the Smithsonian Conservation Biology Institute to be released into the wild. Our shrikes are an important contribution to Wildlife Preservation Canada's reintroduction program. Wild populations have declined by more than 70 percent in the last 50 years, so every shrike released can help bolster the population. We put the birds in individual crates and drove them to the program.

In Virginia, the loggerhead shrike population is estimated at fewer than 100 individuals. In fact, the last time wild shrikes were seen on SCBI's Front Royal campus was 1992—23 years ago! SCBI hopes to set up a similar program in Virginia and West Virginia in collaboration with state biologists once more information is gained from the local population on health and genetics.

Currently, as a leader of Virginia Working Landscapes, we work with citizen scientists and conservation organizations to protect Virginia's natural biodiversity and to conserve threatened local species like the loggerhead shrike.

Why are populations declining? 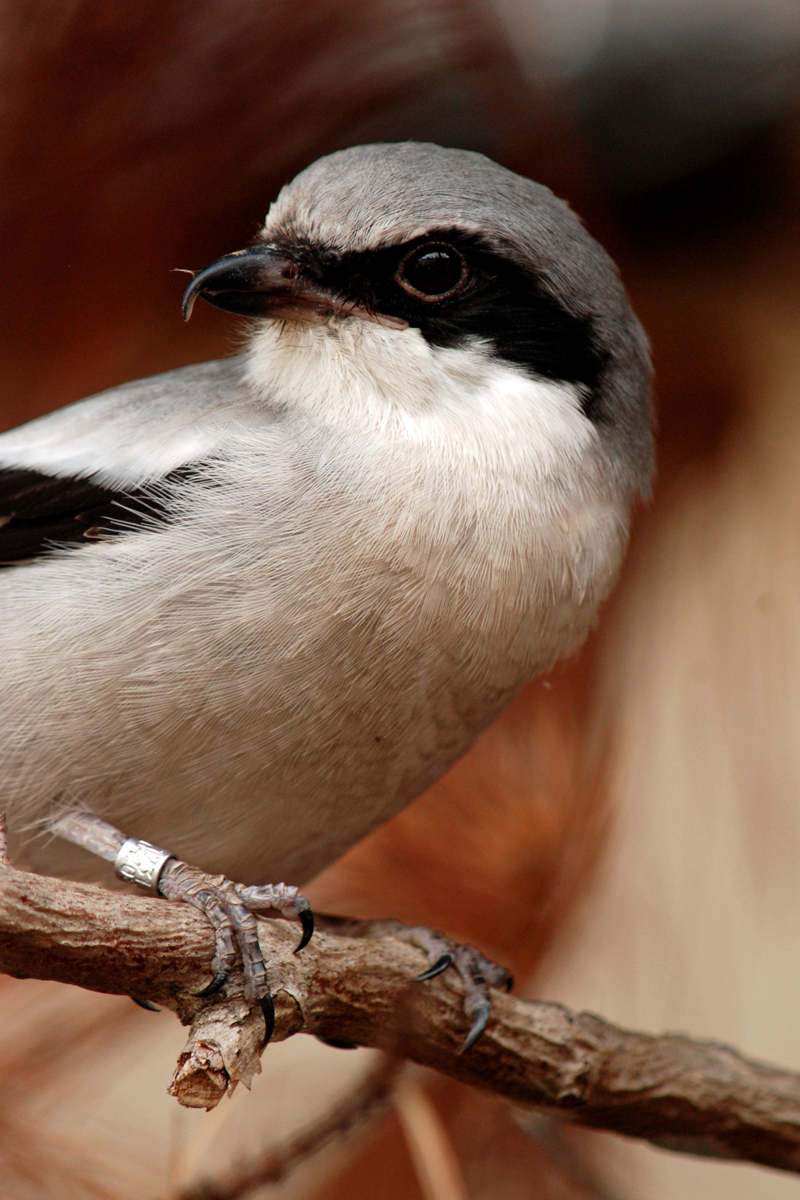 Grassland bird species in general are declining throughout North America, more than any other group of birds. Not only shrikes, but also formerly common species such as Eastern meadowlarks and grasshopper sparrows.

The exact cause of the loggerhead shrike's decline is not fully known, but habitat degradation and loss are considered major factors for most grassland birds. Shrikes prefer open grasslands and some agricultural landscapes characterized by short grasses and forbs with scattered shrubs and small trees for perching. Shrikes may also be sensitive to biocides reducing their insect prey and to West Nile Virus.

At SCBI, we're committed to identifying the reasons for their decline and aid their recovery through our breeding program, grassland bird surveys, habitat suitability analysis, health assessments of wild birds, and reintroduction.

How many shrikes did you select for release?

We had 13 shrikes hatch this summer and sent seven for release. Those that weren't released will remain at SCBI to become part of our breeding program. They'll also help us investigate what may be causing the decline of this birds in the wild. This year, we had three breeding pairs. We hope to have more breeding pairs (and more chicks) next year. 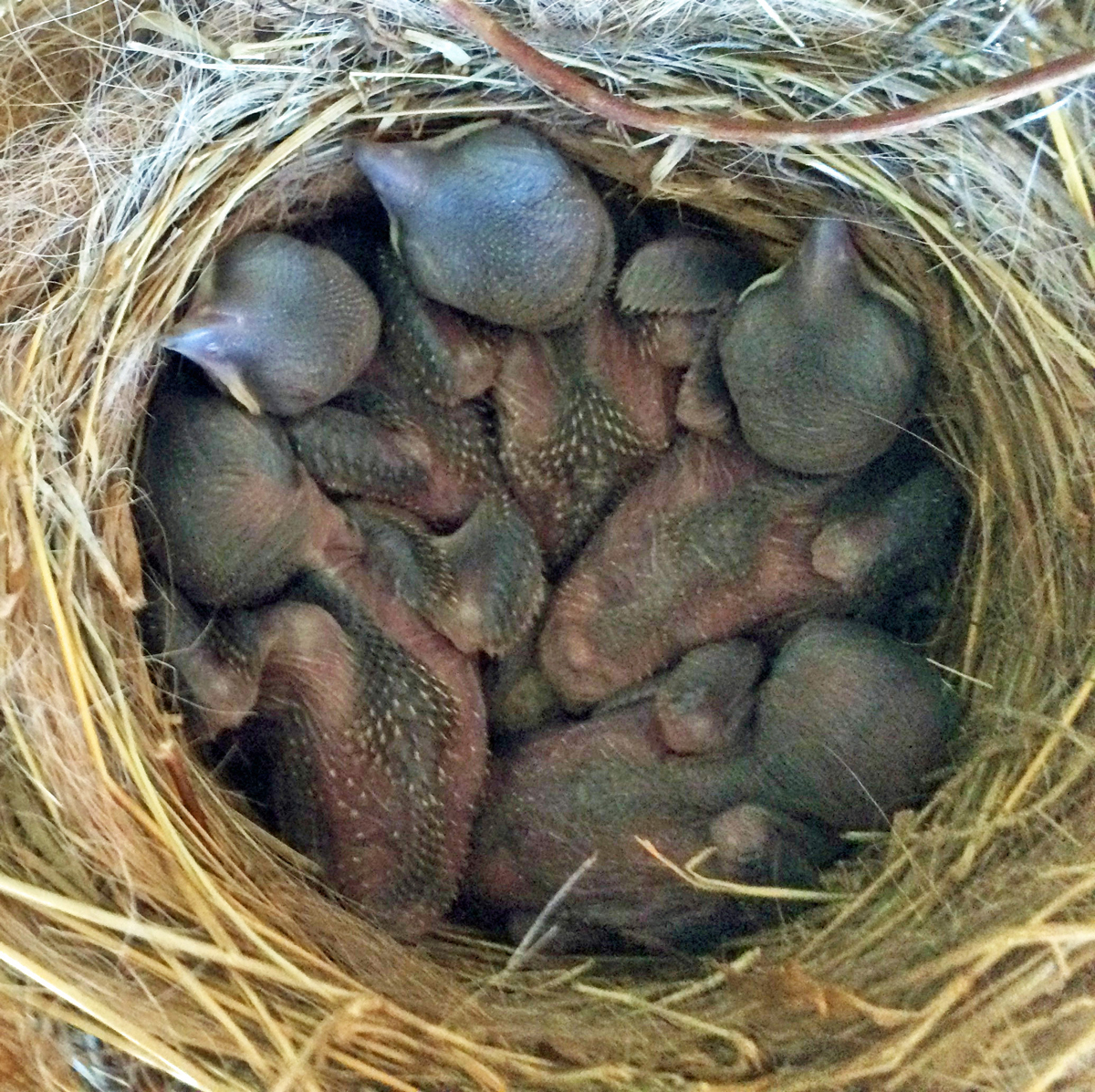 Even though they are only a nine-inch-long songbird, these shrikes can be fierce predators. Their upper bill has a falcon-like notch on the end which is used to sever the vertebrae of small birds, rodents, amphibians and reptiles.

Once prey is killed however, shrikes lack a raptor's strong feet and talons to hold their prey in place while they eat it. So shrikes must impale their prey, especially larger prey such as sparrows or voles, onto thorns, branches, or barbed wire in order for them to eat it. Once their prey is impaled they can proceed with ripping off bite-size pieces to eat. Shrikes will often leave partially eaten prey impaled throughout their territory for later consumption. Because of this behavior they are often referred to as "butcher birds".

Loggerhead shrikes feed on both invertebrate and vertebrate prey depending on location and season. To prepare the shrikes for release, we gave them live prey, such as insects and mice, while they were still with their parents. That way, the adults could teach them how to catch and kill prey.

This story appears in the October 2015 issue of Smithsonian Conservation Biology Institute News.