Curator Steve Sarro recently traveled to South Africa to research and identify conservation methods of African penguins. Currently, the African penguin is an endangered species whose population is declining due to over-fishing, human disturbance, climate change, and oil spills/pollution.

While in South Africa, Sarro met with the South African National Parks (SANParks), the Southern African Foundation for the Conservation of Coastal Birds (SANCCOB), the Pan-African Association of Zoos and Aquaria (PAZAAB), and others. The groups are hoping to identify potential methods to stem the population decline and create a reversal in this decline. Their efforts include looking at habitats, nesting opportunities, food sources and protection from human pressures.

Sarro had the opportunity to go to the SANCCOB facility, a place he hasn’t visited in five years. SANCCOB serves as a seabird rehabilitation center in South Africa and helps release penguins back into the wild. He was pleasantly surprised with the improvements of the grounds; they have added a chick rearing unit and a treatment section. Sarro adds that the staff and volunteers at SANCCOB are very dedicated to their mission: save seabirds!

He was also able to check out Boulder’s Beach and Stony Point, which are both African penguin colonies. These colonies are unique because they are both located on the mainland. Historically, all colony breeding has occurred on the off-shore islands. Due to limited fish availability in the ocean, some penguins had colonized the mainland and only these two places are sustaining or growing in numbers. All other islands are declining in their penguin numbers.

Currently, the African penguin colonies are protected and many have actual stewards that monitor the populations and gather research information. This data helps highlight trends in the population and indicate areas of concern.

Curator Steve Sarro is currently in Cape Town on an African Penguin conservation expedition. He serves as the African Penguin Species Survival Plan Coordinator. Along with Namibia, South Africa is one of the two range countries for the endangered African penguin. This species has declined significantly over the past century from numbering in the millions to recent counts of less than 17,000 breeding pairs.

Sarro is meeting with Association of Zoos & Aquariums and South African penguin conservation stake holders to develop a strategy on how to keep this species from becoming extinct in the wild, a forecast that could become a reality within 15 years.

We'll have more stunning photos and details about Sarro's conservation efforts when he returns to the Zoo. 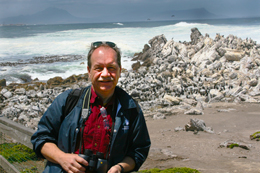 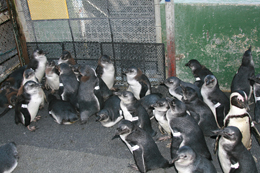 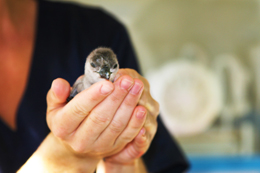 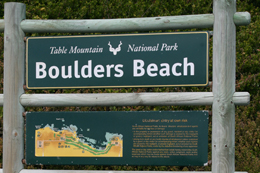 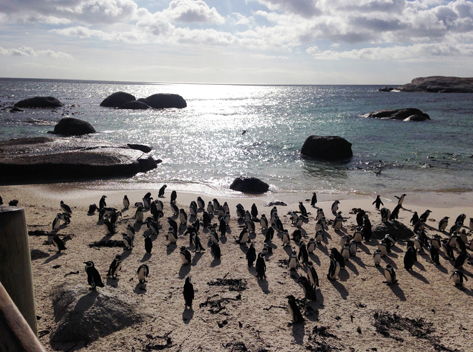