Dholes, also called Asian wild dogs (Cuon alpinus), are approaching the brink of extinction before scientists have even been able to study and potentially protect them. The International Union for Conservation of Nature lists this species as “endangered” with declining populations. 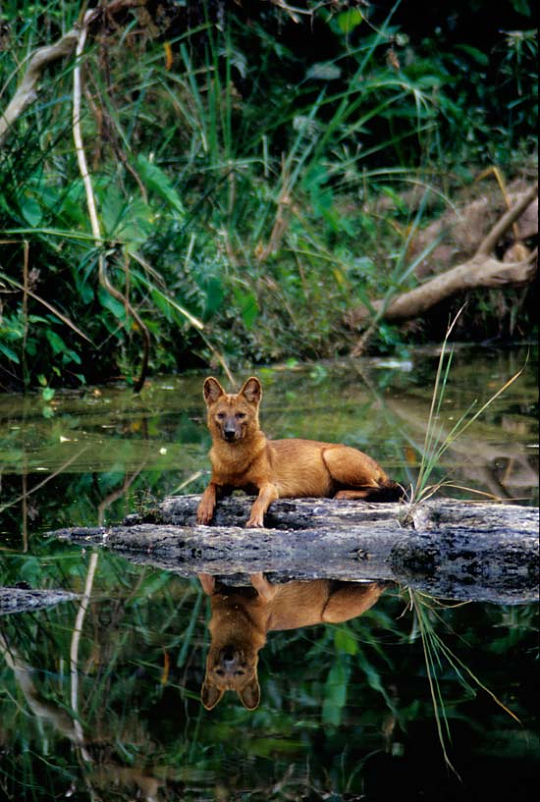 Humans hunt dholes because the animals are, often falsely, accused of killing livestock. Additional threats come from the depletion of their food sources (mainly deer) by poachers and conversion of their habitats to livestock pasture or agricultural land.

The dhole is secretive and lives in highly social, close-knit packs of three to 20 individuals with rigid dominance hierarchies (similar to African wild dogs). A dhole pack hunts cooperatively and maintains communication within dense forests by “whistling.” This has earned the species the name “whistling hunter.”

There have been very few studies on dholes in the wild, and the true status of this species is unknown across the majority of its geographic range, especially in southeast Asia. SCBI scientists are collaborating with the Department of National Park, Wildlife and Plant Conservation; Kasetsart University; and the Zoological Park Organization to conduct the first comprehensive study to improve the understanding of dhole ecology (home range, movement pattern, and habitat preference) and the threats they face in this country.

SCBI’s research team has just completed a two-year camera-trapping study, and recently captured and radio-collared the first dhole and golden jackal living in (and around) a protected area in eastern Thailand. They dubbed the dhole Suriya, which means “the sun” in Thai and the golden jackal Klairung, which means “dawn.” SCBI scientists are the first to use modern Geographic Information System (GPS) and cell phone technology to track the movements of the radio-collared dhole (and his pack) and the jackal.

In addition to monitoring these two animals, our research team is also conducting a comprehensive study to evaluate disease risks to dholes (and other wild carnivores) transmitted by domestic dogs living in villages surrounding the protected area. This multidisciplinary study has enormous potential to influence conservation plans for an endangered species that has been largely ignored in Thailand and elsewhere. Because there is very little information about dhole biology worldwide, the findings obtained from the proposed project will be extremely valuable for assessing species status and threats.

Carnivores
An estimated 25 percent of carnivores are in danger of extinction. Smithsonian scientists are working to save them.