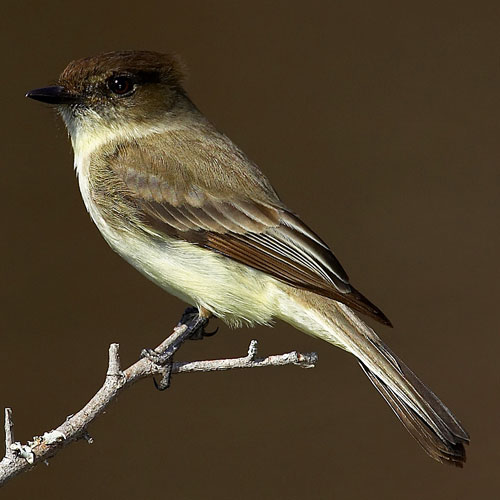 Eastern Phoebes are one of the first migratory birds to arrive in the spring in the northeastern United States. They often appear in March, well ahead of the peak migration for most forest songbirds (in May), and they are one of the last to leave in fall, with the peak of migration in October. Their early arrival and late departure allow them to nest twice a season, whereas many migratory birds only have time to nest once.

The aptly-named Eastern Phoebe sings its familiar "fee-bee" song throughout the eastern United States and Canada in spring and summer. This song is innately programmed, birds that have been hand-raised and not allowed to hear other phoebes still sing a perfect song. For most songbirds, however, being raised in isolation results in poor imitations of the true song—young birds need to hear other males of their species sing in order to fine tune their vocalizations.

Eastern Phoebes are quite hardy for a bird that feeds extensively on flying insects, and are regularly found throughout the southern United States and Mexico in winter.

To survive cold spells in winter, they supplement their diet with fruits such as sumac, poison ivy, bayberry, and holly. Over 20% of their winter diet can be comprised of fruit, compared to less than 5% in spring and summer.

In winter, phoebes will join flocks of Eastern Bluebirds, Pine and Palm warblers and other species in loose flocks that forage in open fields and wood edges. Only rarely will more than one phoebe be in a flock; these are mostly solitary birds and only tolerate each other's presence during the breeding season.

Bees and wasps are favorite food of Eastern Phoebes, although beetles, butterflies, grasshoppers, and flies are also taken.

These birds have a wide, flat bill, and hairy bristles at the base of their bills to help them funnel insects into their mouths. Sometimes they close their bills shut so emphatically that an audible "snap" is heard. Most insects are caught as the birds fly out to snatch them in mid-flight, but they occasionally pick insects off vegetation. 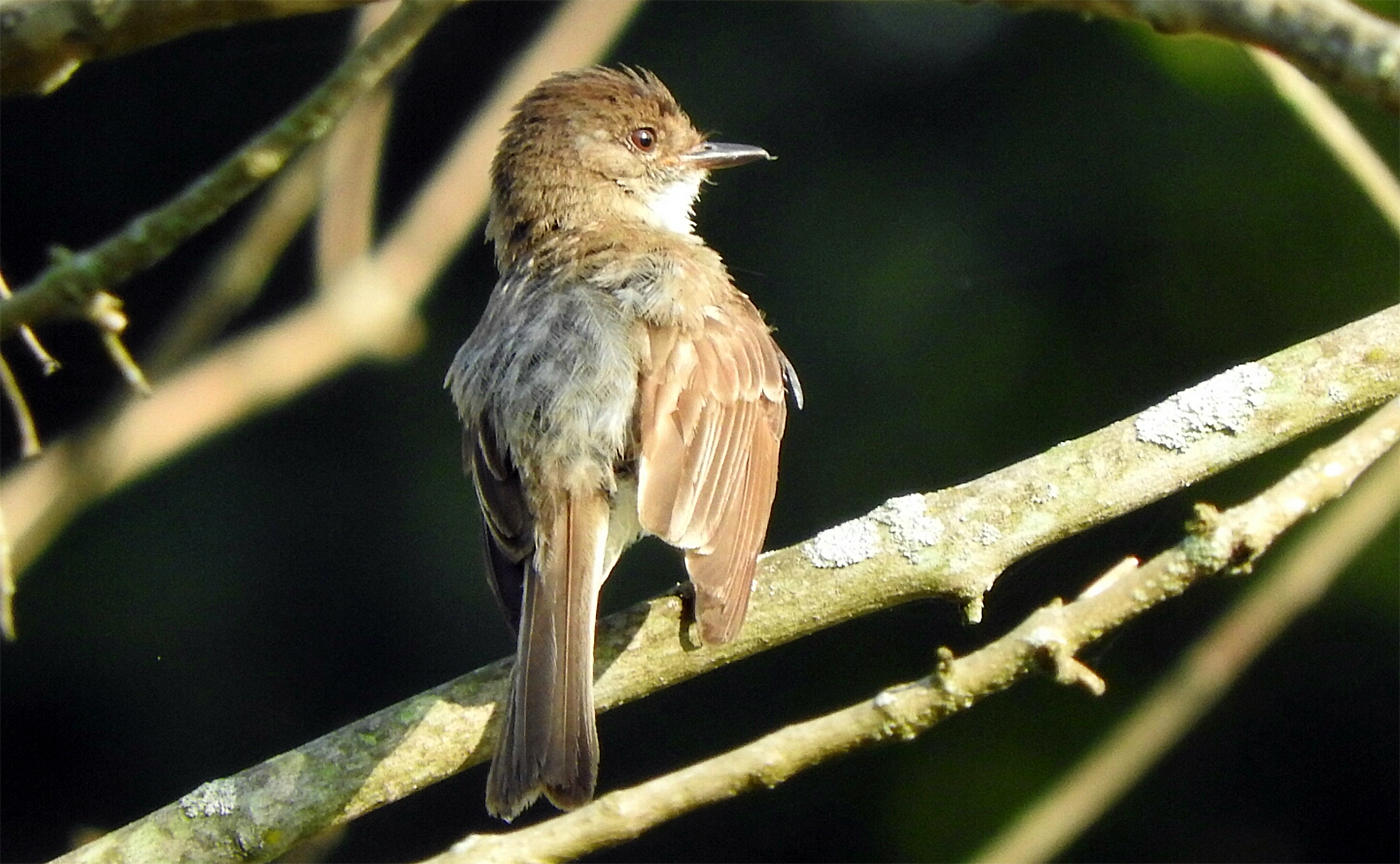 During the breeding season, Eastern Phoebes inhabit the edges of waterways and forest clearings, and typically eschew the forest interior. They do not build their nests in trees, but on rocks, under bridges, in culverts, and on the eaves of buildings. The nest is anchored with mud and covered with moss.

Eastern Phoebes are quite loyal to their nests and will reuse them year after year. With a little spring cleaning an old nest can look like new.

In contrast, most songbirds build completely new nests every year.

Historically, Eastern Phoebes were probably not particularly common because of their specific nest site requirements. These birds have likely benefited from human development and its resulting increase in nest sites, artificial though they may be. Over the last 40 years, Eastern Phoebe numbers have increased steadily, except for years following harsh winters.