Good for the Goose

Many people are aware that both resident and migratory Canada geese (also known as Canadian geese) live in the United States and Canada. In fact, the distinction was recently made in relation to the crash of US Airways Flight 1549 in the Hudson River in January 2009. Scientists were able to determine that migratory geese—not residents—collided with the plane.

Resident geese make up the goose flocks in our parks and golf courses, where they stay throughout the year. Migratory geese have the same lifestyle as most migratory birds: They head north in summer and south in winter. These geese are only in the continental United States during migration periods and winter, spending the summer in far northern places of Canada and Alaska to breed. However, this distinction between resident and migratory is only the beginning.

There are numerous subspecies of Canada geese and now, even 2 separate species. What was once considered the Canada goose has now been divided into 2 species: the Canada goose and cackling goose.

There are 7 subspecies of Canada goose, and 4 subspecies of cackling goose. Each subspecies is somewhat distinct in appearance and migration patterns. All look more or less like the Canada goose familiar to us all: brown body feathers, a black neck and head, and white cheek patch. However, size among subspecies can vary greatly, and markings can vary subtly.

The largest variety of Canada goose (the giant Canada goose), can weigh up to 22 pounds with a 6 foot wing span, while the smallest (one of the cackling geese varieties), weighs only 3-4 pounds.

There is a geographic pattern to these 11 goose varieties. The largest varieties tend to be more southern, and the smallest are more northern (migrating the farthest to breed). Although most are migratory, one migrates only short distances or not at all: the giant Canada goose.

This subspecies was once common in the northern prairies of the United States, but began to disappear due to overhunting. By the 1930s, people thought it was extinct. Fortunately, in 1962 a waterfowl biologist working in Minnesota rediscovered a population wintering in Rochester on a lake kept ice-free by power plant activity.

Once rediscovered, wildlife managers bred the giant goose in captivity and reintroduced it throughout the United States to restore them to their former range and beyond. These efforts have far surpassed expectations, so much so that many of these introduced resident populations are now considered nuisances. 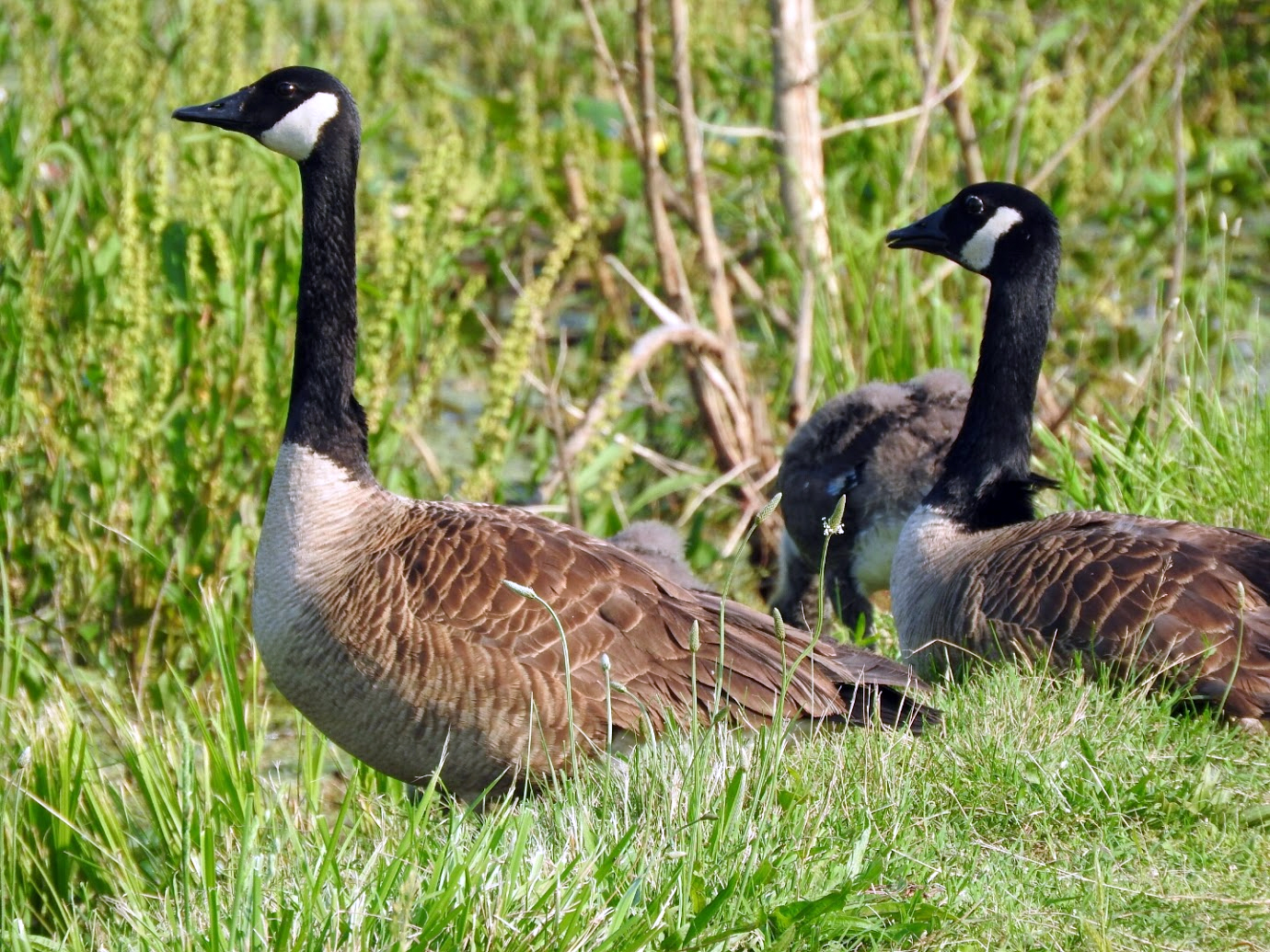 In other words, our ubiquitous resident geese are not just "wild geese gone lazy," corrupted by an easy life in the human-created landscape. Instead, they are the proud descendents of a subspecies that always stayed put in wild prairie places that, from a goose's perspective, probably looked a lot like the golf courses and pastures they occupy today.

While our resident geese now prosper, some other varieties have not fared as well. The Aleutian cackling goose is one of the smaller subspecies and breeds only in the Alaska's Aleutian Islands, the chain of islands that extends west across the Bering Sea. These islands are windy, rainy, isolated places with environments so extreme that trees cannot grow.

Instead of trees, the tundra and grass cover the islands. Due to their isolation, the islands host no mammalian nest predators, making them idea places for a goose to nest.

That was, until the Europeans came arrived. Russians first came to Alaska to harvest the fur of sea otters, which were abundant in the Aleutians.

As they built an industry around the otter fur trade, some entrepreneurial-minded Russians decided that these islands would make excellent fox (fur) farms as well. They set about stocking foxes on many of the islands. The foxes flourished by taking advantage of the native geese, ducks, and seabirds.

Ironically, these birds were so abundant precisely because they were free of predators like foxes. The foxes were so efficient that they exterminated the geese and other seabird life from numerous islands. Fortunately, a few of the islands remained fox-free and served as refuges for some of these bird species including the Aleutian cackling goose.

Throughout the latter part of the 20th century the United States Fish and Wildlife Service (USFWS) has worked unceasingly to set things right and has eliminated foxes from these islands. But for the goose, this was not enough. Geese are creatures of tradition and learn from their parents where to migrate and where to breed. 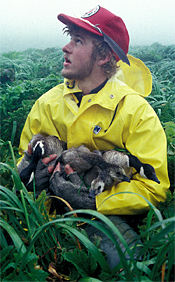 As a result, geese would not naturally re-colonize these islands any time soon. Another step was necessary to get the geese back to the islands they formerly inhabited. The USFWS took on the task of translocation, taking young geese not yet set in their ways to these new islands.

This involved catching the geese, hiking them across the island one by one in specially designed goose-carrying backpacks, loading them onto a ship staffed with veterinarians, and taking them across the Bering Sea to new islands. These efforts met with amazing success, with many of these islands now having their own breeding populations of geese.

The goose, once considered endangered, is now doing well-up from a low of 300 in 1962 to 70,000 birds as of 2004. In fact now, during migratory stopover in the Pacific Northwest, the geese sometimes compete with dairy cattle for prime pastureland.

The many different varieties of geese, with their diverse lifestyles and conservation statuses, can make them a challenge to manage. For instance, a single location may have the resident subspecies that is considered too abundant, as well as a migratory subspecies with a less secure population.

A goose-hunting season needs to be carefully orchestrated so that it keeps the resident population in check while not over-harvesting the migratory population. Although some subspecies face greater challenges than others do, we can be assured that as long as we maintain our golf courses, lawns, and parks, some sort of Canada goose will always be there to keep us company.