Have Wings, Will Travel: Avian Adaptations for Migration

Flight affords the utmost in mobility and has made possible the evolution of avian migration as a means of exploiting distant food resources and avoiding the physiological stress associated with cold weather.

Variations in the patterns of migration are nearly as numerous as the birds that migrate. While some species move only a few kilometers up and down mountain slopes, others will travel hundreds or even thousands of kilometers, often traversing vast bodies of water or tracts of inhospitable terrain.

One record holder in long-distance travel is the Arctic Tern (Sterna paradisaea), which makes an annual round-trip of about 30,000 kilometers between opposite ends of the globe, from Arctic breeding grounds to Antarctic seas. This feat is possible because terns are adapted for feeding at sea, allowing them to refuel en route.

Even more amazing are the aerial voyages of the landbirds and shorebirds whose transoceanic flights must be accomplished non-stop. The Pacific Golden-Plover (Pluvialis fulva) flies continuously for more than 100 hours to travel the 5,000- to 7,000-kilometer distance from northern Siberia and Alaska to Hawaii and other islands in the Pacific Ocean.

Several species, including the Blackpoll Warbler (Dendroica striata), American Golden-Plover, (Pluvialis dominica), and Red Knot (Calidris canutus), take an over-water route in the autumn from the coast of New England or southern Canada to the Caribbean and South America, a distance of 3,000 to 4,000 kilometers.

The Blackpoll Warbler's over-water flight to South America keeps it aloft for 80 to 90 continuous hours, an effort which researchers Tim and Janet Williams conclude "requires a degree of exertion not matched by any other vertebrate; in man the metabolic equivalent would be to run a 4 minute mile for 80 hours. If a Blackpoll Warbler were burning gasoline instead of reserves of body fat, it could boast of getting 720,000 miles to the gallon."

Even the tiny Ruby-throated Hummingbird (Archilochus colubris), weighing only about as much as a penny, makes the 1,000-kilometer, 24-hour spring flight across the Gulf of Mexico from the Yucatán Peninsula to the southern coast of the United States.

So how do they do it? What specialized adaptations allow birds to accomplish such prodigious feats of endurance?

To understand how superbly adapted birds are to their highly mobile way of life, one must first consider the quintessential characteristics that distinguish birds from all other animals. Feathers, the trademark of the Class Aves, provide the insulation necessary to maintain a high "engine" (body) temperature, ranging from 107 to 113 degrees F across species.

Additionally the long feathers of the wings act as airfoils which help generate the lift necessary for flight. Well-developed pectoral muscles power the flapping motion of the wings. A streamlined body shape and a lightweight skeleton composed of hollow bones minimize air resistance and reduce the amount of energy necessary to become and remain airborne.

Keeping the hard-running avian engine running smoothly requires super-efficient circulatory and respiratory systems. Birds have a large, four-chambered heart which proportionately weighs 6 times more than a human heart. This, combined with a rapid heartbeat (the resting heart rate of a small songbird is about 500 beats per minute; that of a hummingbird is about 1,000 beats per minute) satisfies the rigorous metabolic demands of flight.

The avian respiratory system—the most efficient in the animal kingdom—consists of two lungs plus special air sacs, and takes up 20% of a bird's volume compared to 5% in a human. Unlike mammalian or reptilian lungs, the lungs of birds remain inflated at all times, with the air sacs acting as bellows to provide the lungs with a constant supply of fresh air.

Accounting for their ability to withstand the low levels of oxygen available at such altitudes, the blood of migratory birds is characterized by 2 specialized adaptations:

Like Clark Kent in a telephone booth, migrants change rapidly into a "superbird state" in preparation for migration. This transformation is triggered by an internal annual "clock," which is set by day length and weather.

When it comes to fueling migration, fat is where it's at. Fat is not only lighter and less bulky than carbohydrates or protein, but also supplies twice as much energy. Not surprisingly, then, preparation for migration entails a rapid weight gain program geared to increasing fat reserves.

This program combines both behavioral and physiological changes. A dramatic increase in appetite and food consumption, termed hyperphagia, begins about 2 to 3 weeks before migration and persists throughout the migratory period. Accompanying this veritable feeding frenzy is an increase in the efficiency of fat production and storage.

As a result, a migratory bird can increase its body weight through fat deposition by as much as 10% per day (usually 1-3%). Additionally, in birds that are in migratory disposition, the pectoral muscles become larger and well supplied with enzymes necessary for the oxidation, or "burning," of fat.

Longer migration distances require greater amounts of fat. Non-migratory passerines maintain a "fat load" of about 3-5% of their lean body weight. In preparation for migration, short- and medium-distance migratory songbirds attain a fat load of between 10 and 25%, while long-distance migrants reach fat loads of 40 to 100%. Maximum fat loads are attained just prior to flights over major topographic barriers, such as deserts, high mountains, or large bodies of water.

A typical Blackpoll Warbler at the end of its breeding season weighs about 11 grams, equivalent to the weight of four pennies. In preparing for its transatlantic trek, it may accumulate enough fat reserves to increase its body weight to 21 grams.

Given an in-flight fat consumption rate of 0.6% of its body weight per hour, the bird then has enough added fuel for approximately 90 hours of flight for a journey which, under fair conditions, requires about 80 to 90 hours.

In human terms, this fuel strategy would be equivalent to a 150 pound person gaining 15 pounds of pure fat per day until tipping the scale at 300 pounds, and then shedding 1.8 pounds per hour through vigorous exercise. The 14 grams of fat in a single Snicker's candy bar would provide one and a half times the amount of energy necessary for the Blackpoll Warbler's flight from New England to South America.

Readiness for migration entails other behavioral modifications. Before migrating in the fall, many migrants which ordinarily eat insects will switch to a diet of berries and other fruits. At this time when food intake needs are increasing and insect numbers are decreasing, fruits are abundant and high in carbohydrates and lipids which are readily converted to fat.

Many migrants that typically are not gregarious will flock together prior to, or during, migration. This social behavior may result in improved predator avoidance, food finding, and orientation. Some species also fly in formation, a strategy that improves aerodynamics and reduces energy expenditure.

A radical shift from being active exclusively during the day to migrating at night occurs in many species during migration, including most shorebirds and songbirds. Possible advantages to flying at night include decreased vulnerability to predators, reduced threat of dehydration or overheating, a greater likelihood of encountering favorable winds and a stable air mass (rising hot air and more variable wind directions occur during the daytime), and time during the day to forage.

Migratory birds kept in captivity exhibit behavior termed Zugunruhe, or migratory restlessness. This behavior, characterized by rapid fluttering of the wings while perching, begins at the same time that conspecifics (individuals of the same species) in the wild are setting off on migration, and persists for the same length of time required for the wild counterparts to complete their migration.

The captive birds even orient themselves in the appropriate direction in which they would be migrating. Over the past 15 years, this behavior has allowed researchers to demonstrate experimentally that many of the important physical and behavioral correlates to migration are under at least partial genetic control.

The results from these and other cross-breeding experiments support the hypothesis that migration and its associated patterns—such as distance and timing—are inherited traits, at least in some species. These experiments apply to species with relatively fixed migration routes. Many species have facultative migration patterns, moving only when food supply is low, or when weather turns bad. Research has shown that access to food for these species greatly affects Zugunruhe.

Despite this advanced understanding of some of the mechanisms behind avian migrations, the annual odysseys of billions of birds remain one of the most mysterious and amazing phenomena in the animal world. 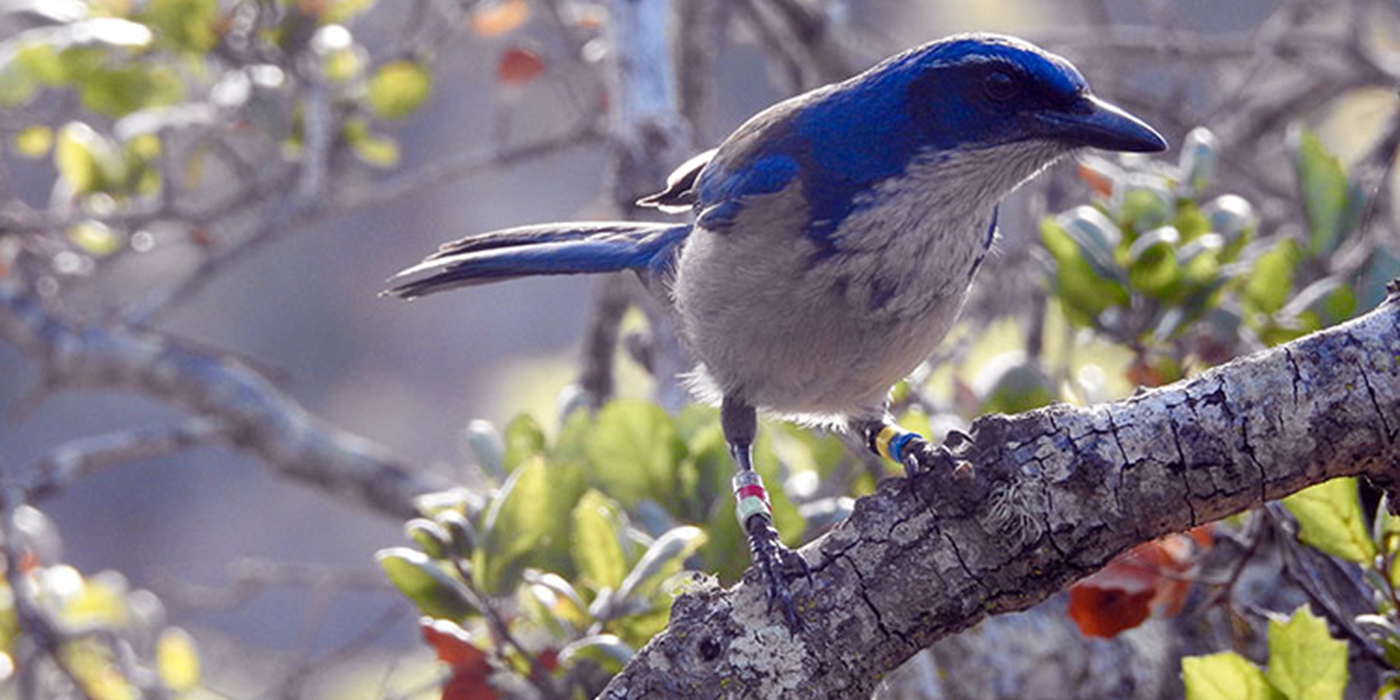 Research
The Smithsonian Migratory Bird Center is the only scientific institution solely dedicated to studying migratory birds. These species fly thousands of miles every year from summer breeding grounds in the United States and Canada to warm winter homes in the Caribbean, Central and South America.