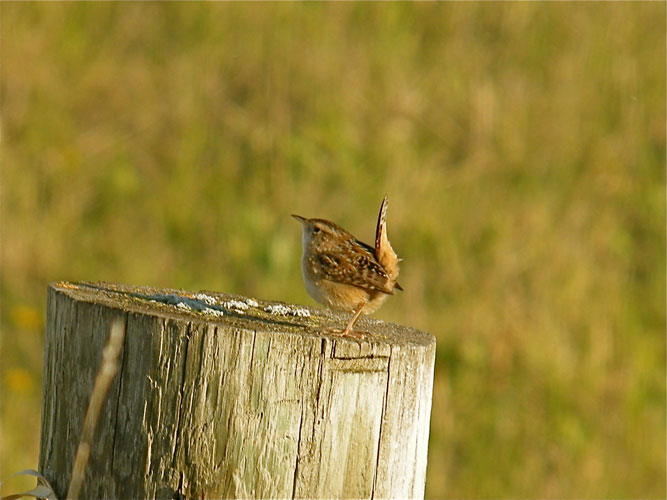 The sedge wren is one of the most widespread birds in the Western Hemisphere, and yet it is one of the most poorly understood. I've consulted references as far back as 1884 in which the author optimistically wrote that as the number of observers increase,

“We shall, no doubt, learn more about these retiring little birds.”

Yet, the most up-to-date life history summary in Birds of North America (2001) still laments that

“There have been relatively few field studies of this species, and thus many aspects of its natural history remain poorly known.”

It seems that such little progress has been made because sedge wrens are difficult to observe and have a spotty, unreliable distribution.

The sedge wren is a small brown bird that would be inconspicuous even if it didn't make such a concerted effort to be that way. It has been described as:

Even John James Audubon had trouble finding one, having spent several days in searching the freshwater marshes, often waist-deep in mud, in the hopes of procuring it without any luck. Turn-of-the-century naturalist Dallas Lore Sharp wrote,

“What chance has a pair of human eyes with a skulking four inches of brownish streaks and bars in the middle of a marsh!”

To make thing worse the marshes that sedge wrens inhabit aren't the most welcoming places. Professor Sharp made a special trip out to a marsh near the Delaware Bay in 1902 to observe the sedge wren and find its nest. He listed the attributes of a successful nest finder ("light feet, a divining mind…and most of all patience,") but he also mentioned the field conditions, particularly the "singing, stinging, smothering swarm" of mosquitoes that tested his patience and finally led him to abort the mission.

He recalled "a meadow in New England where the sedge wren nested," concluding that he'd wait "till chance took me thither" before resuming his study of sedge wren nesting behavior.

If this weren't enough to caution against the study of this species, they possess one more peculiar trait they possess that would vex anyone who might want to study them—they don't stay put! So many resident and migratory bird species are creatures of habit, doing the best they can to return to the same places year after year. Why go find a new place if the one you used last year worked just fine?

But in the case of the sedge wren, things are different. Unlike a suburban backyard or a forest, the habitat they prefer changes from year to year. The wet meadow or grassy wetland they nested in last year may be too shrubby this year, or too dry, or too wet, while some habitats are stable, others naturally are not.

One possible explanation why the sedge wren and its habitat appear and disappear from particular areas could be beaver activity. Before human settlement, beavers once ranged far and wide across the American landscape, building dams to create ponds. The dams incidentally created wet meadows and marshes because as they exhaust the food supply in their ponds in a few years and move on to another area. 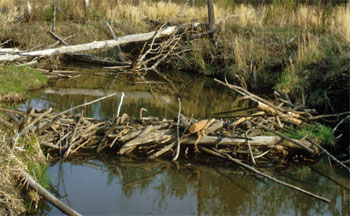 Once the beaver's busy maintenance of dams ceases, ponds drain and leave behind a wet, open area that gradually becomes perfect sedge wren habitat. But these empty ponds continue to change, and as they dry out, shrubs and trees fill in the empty space again. At that point, the area has become unsuitable and the sedge wren facesfinding a new place—sedgy and wet.

Creatures like the sedge wren function best in such a shifting mosaic, where beavers and the habitats they create are free to come and go, and the wrens can follow the habitat as it moves across the landscape. The sedge wren is not alone in these requirements. 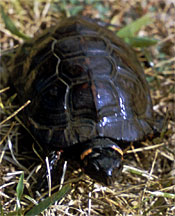 One other example is the bog turtle. It has nearly the same habitat requirements as the sedge wren and both species need to shift to new places as natural succession makes habitats less suitable. But not having wings, the bog turtle probably has more problems finding new places in modern landscapes fragmented by roads and development. This may explain why bog turtles are now federally endangered, while sedge wren populations, although declining, have not yet reached such a dire state.

For these species and others dependent on non-forested habitats, in the absence of vast landscapes with beavers to maintain a patchwork of wet meadows, ponds, forests, and shrublands, some sort of human intervention is required to mimic the workings of beaver armies. It can be done, through mowing, timber harvest, even goats-but these activities are much more labor-intensive than just letting a beaver do its thing.

A less labor-intensive approach is the Conservation Reserve Program (CRP). For the CRP program, farmers are paid to leave their poorest farmland alone to grow into natural vegetation. Conveniently, wet and less productive fields often fall into this category and can become sedge wren habitat as part of this program. CRP has been a boon for a variety of other songbird and duck species as well.

Although other possibilities exist for the strange meanderings of sedge wren populations and no one has yet documented that sedge wrens really depend on beaver-created habitat, we can use what we know about their habitat affinities and shifting patterns of distribution to fill in the gaps to make a story.

When translated to scientific jargon, these speculations become hypotheses to test. Science then can set out to see if there is truth to it all. So now we need to get some light-footed, divining-minded, patient, and (most of all) mosquito-repellant scientists to work.