Primate keepers at the Smithsonian’s National Zoo are mourning the loss of Muneca, a white-cheeked gibbon who was humanely euthanized this morning. At 51 years old, Muneca was the oldest white-cheeked gibbon in the Association of Zoos and Aquariums’ Species Survival Plan population. The median life expectancy for this species is about 30 years. Gibbons in human care often live to be 40 years or older.

Over the past several years, animal care staff had been monitoring Muneca for progressive spinal disease and arthritis in her knees and elbows. Recently, keepers observed that Muneca chose to rest more often than usual and her mobility and appetite had decreased. Veterinarians have been administering medications to keep her comfortable, but her health and quality of life continued to decline. Muneca’s condition deteriorated over the past several days, and animal care staff made the decision to humanely euthanize her. A final pathology report will provide more information in the coming weeks.

Muneca was born in Brunei, Cambodia around 1967. She came to the Smithsonian’s National Zoo from The Maryland Zoo in 1999, when she became a companion to a male white-cheeked gibbon named Joe, until he died in 2009. Due to her advanced age, acquiring another companion for Muneca was not an optimal choice. For 19 years at the Smithsonian’s National Zoo, she served as an educational ambassador for her species, teaching primate staff and countless zoogoers about the behavior and social nature of white-cheeked gibbons.

Primate keepers fondly remember Muneca’s feisty personality, which made her a favorite among animal care staff. Muneca would often solicit grooming from keepers and frequently vocalized in protest when her caretakers would take their attention away from her. In the outdoor habitat, she would often perch on an elevated platform, rest her chin atop her foot and watch Zoo visitors as they strolled by her exhibit at Gibbon Ridge.

Gibbons are best known for their vocalizations—loud, complex duets that are used to defend territories, announce location and maintain pair bonds. These lesser apes are highly adapted to living in the forest canopy. Native to China, Viet Nam and Lao People’s Democratic Republic, white-cheeked gibbons are considered critically endangered by the International Union for Conservation of Nature. Populations have declined by more than 80 percent over the past 45 years due to habitat loss and fragmentation.

Zoo visitors can see a male white-cheeked gibbon named Sidney and a pair of siamangs named Bradley and Ronnie at Gibbon Ridge. 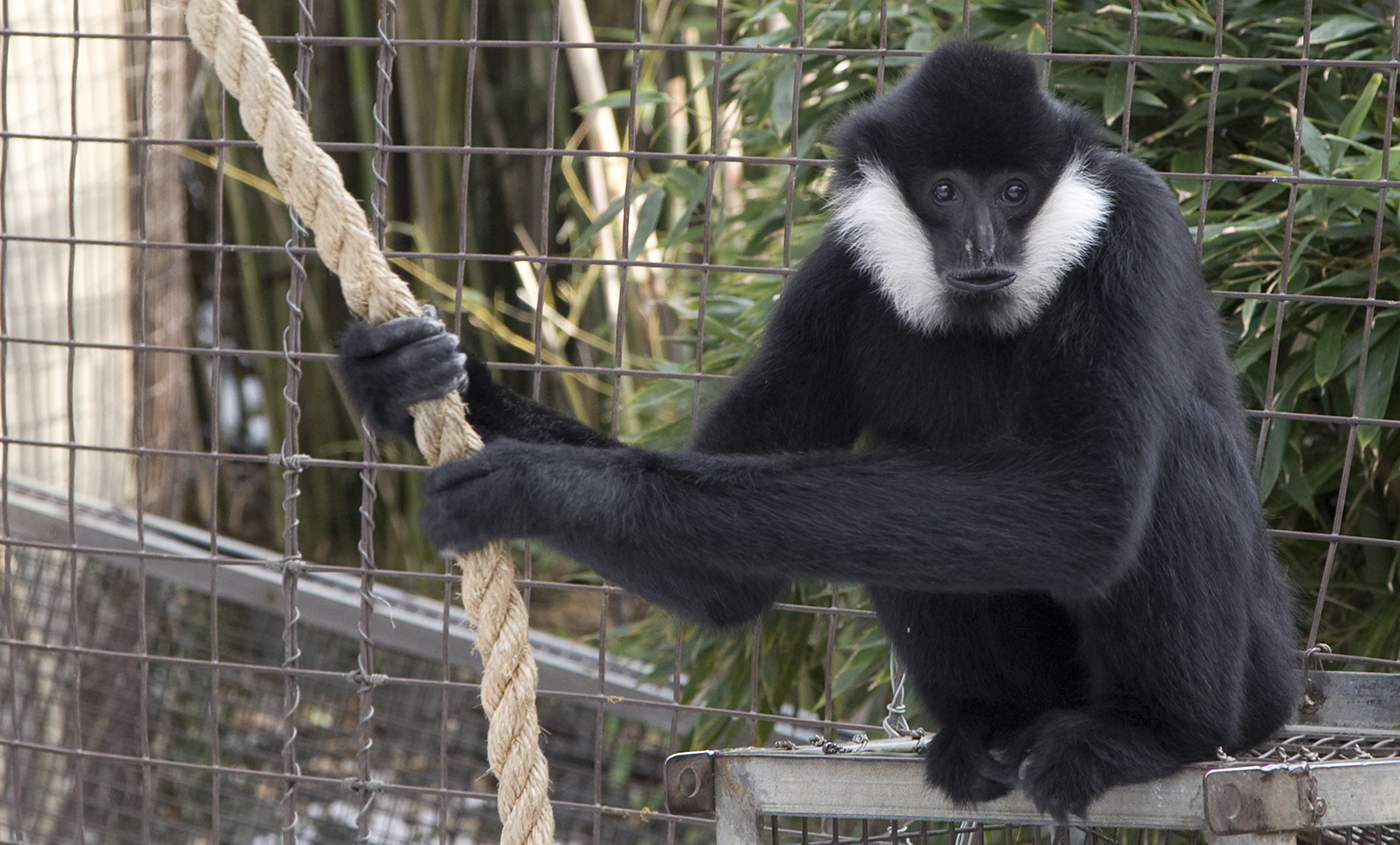