New Emperor Tamarins On Exhibit at the Smithsonian’s National Zoo

The Smithsonian’s National Zoo is home to two new regally mustachioed monkeys. Emperor tamarins, Fleck and Poe, are roaming the forest canopy of the open-air Amazonia exhibit and are accepting audiences with visitors. Visitors to the Zoo can see them in the Amazonia exhibit every day from 10 a.m. to 2 p.m. The emperor tamarins are easily distinguishable by their long white mustaches.

Fleck is 2½ years old and has a slightly bushier mustache than Poe, who is 1½ years old and has a smaller, pointier mustache. The pair of brothers moved to the Zoo from Como Park Zoo and Conservatory in Minnesota and made their public debut Oct. 23. They will join the 14 other animals who free-range in the Amazonia forest habitat. Fleck and Poe only weigh about 1 pound each, though they are mature adults, and are spending their time in the trees foraging for food and exploring their new home. Emperor tamarins live in social family groups, so Fleck and Poe do not stray far from each other and vocalize to each other often. In the wild, emperor tamarins will help care for their younger siblings until it is time for them to leave their natal group and establish their own family.

Emperor tamarins are native to the Amazon rainforest of Brazil, Peru and Bolivia. Their populations are stable in the wild and they are classified as a species of “least concern” by the International Union for Conservation of Nature. However, they are vulnerable to habitat loss from development and agriculture. 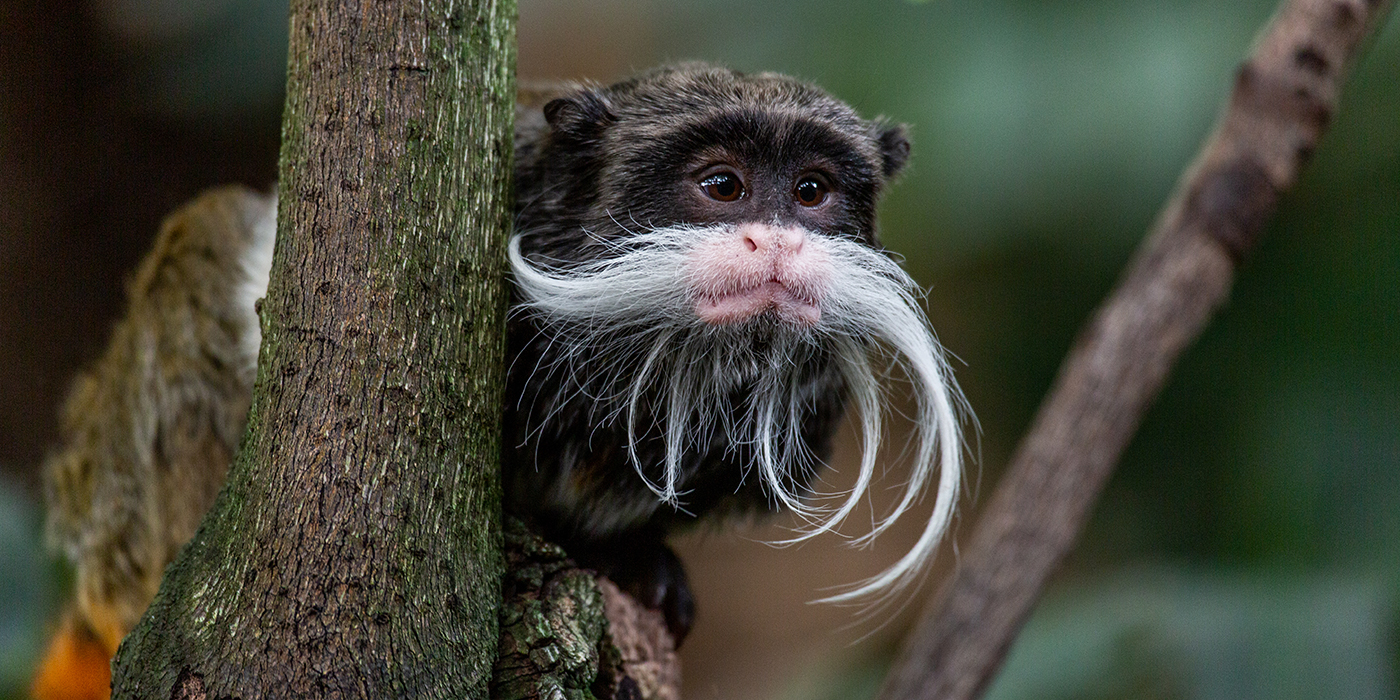