Two female Guam rails born at the Smithsonian Conservation Biology Institute (SCBI) in Front Royal, Virginia, were released to the wild in the Commonwealth of the Northern Mariana Islands Sept. 18. The two birds were repatriated to Guam from SCBI in March 2017, along with a third bird that will join the breeding program at the Guam Department of Aquatic and Wildlife Resources (DAWR). In total, 49 of the ground-dwelling birds were released on the island of Rota by DAWR, including the two birds born at SCBI. This month’s release marks the first time since 1985 that there are more individuals in the wild than there are in human care. There are 115 Guam rails in human care and approximately 200 in the wild.

Twenty-four middle school children from a local school in Rota were present at the release and participated in releasing some of the birds. The local people refer to the Guam rail by their Chamorro name which is ko’ko.’

In 1984, 21 Guam rails were captured in Guam to start a breeding and recovery program in human care. The invasive brown tree snake has since extirpated them from the island along with eight other native bird species. The snake remains a challenging predator in Guam. Rota is free of brown tree snakes. Guam rails have been officially classified as “extinct in the wild” by the International Union for Conservation of Nature since 1994, but small populations have been released on Rota and on Cocos Island since 1989.

SCBI received the first Guam rails to be transferred out of Guam for the breeding and recovery program in 1985. All Guam rail chicks hatched at SCBI are slated for repatriation to Guam and eventual reintroduction to the wild. SCBI breeds the birds according to recommendations from the Association of Zoos and Aquariums’ Guam Rail Species Survival Plan (SSP). The SSP makes breeding recommendations to preserve as much genetic diversity in the small population as possible. 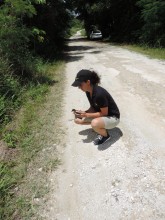 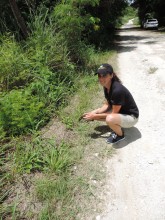 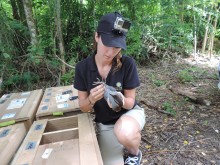 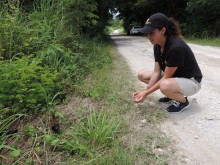 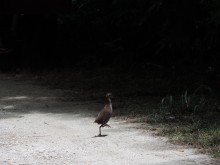 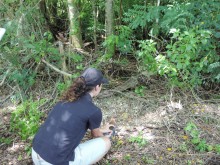 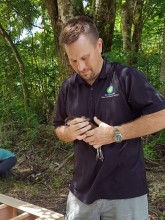