Artificial light at night (ALAN) is a major factor in global insect decline. In a paper published today in Insect Conservation and Diversity, Smithsonian Conservation Biology Institute (SCBI) scientists and partners found that using amber-colored filters to remove the blue spectra of light from “warm white” LED (light-emitting diode) lamps drastically reduces insect attraction to nocturnal lighting in a tropical forest. This is the first study to validate quantitative predictions of how lamp color affects insect attraction and provide clear recommendations to mitigate the negative impacts of ALAN on wildlife in rainforest ecosystems.

“While many people aren’t necessarily fond of ‘bugs,’ their importance in our everyday lives is indisputable,” said Jessica Deichmann, first author and research scientist with the Smithsonian Conservation Biology Institute and the Smithsonian Conservation Commons’ Working Land and Seascapes Initiative. “The essential ecosystem services they provide are endangered by nighttime lighting. We shouldn’t abandon using LED lights—their energy efficiency is second to none. Our research presents an alternative, especially for outdoor settings. If people everywhere take small steps in our homes, neighborhoods and commercial properties, we can reduce the negative impacts of sustainable LED lighting on wildlife.”

In addition to using filtered LEDs that remove the blue light and appear more orange/amber in color, additional ways to support insects include the use of full cutoff fixtures, motion activators and dimmers to ensure light is used only when and where it is needed.

Insects play invaluable roles as pollinators of food plants, regulators of other insect pests, decomposers of waste and sources of food for other animals, like birds. Insects may be directly affected by lights when they suffer mortality from collisions with hot lamps, exhaustion or increased predation due to the attraction of predators and/or increased visibility. Insects affected by artificial lighting may also become disoriented or inactive, leading to a failure to reproduce, and consequently, a reduction of gene flow in the population.

The study was conducted in lowland rainforest in northern Peru inside a hydrocarbon (oil and gas) concession currently operated by GeoPark Peru. Scientists set light traps in 12 different locations with three different LED lamps with different spectra and a control (no light) to evaluate the number and composition of insects attracted to lamps during two different time periods at night.

Researchers identified 763 unique morphospecies among the greater than 15,000 insects captured across all samples, belonging to 18 different orders. Overall, significantly more morphospecies were captured in the white LED light traps than in either the yellow or amber-filtered traps or the control. Likewise, significantly more individual insects were captured in the white LED traps.

By using amber-filtered LEDs, the number of morphospecies attracted to the light was reduced by 34% and individual insects were reduced by nearly 60% as compared to white LED lamps with reduced blue-light content. In addition, among captured insect families known to contain important vectors of pathogens, bacteria or parasites, 45% of all individuals were captured at white lamps, 41% at yellow lamps and just 13% were found in amber lamp traps.

These results provide essential, tangible and actionable information on how to minimize ALAN, an unavoidable consequence of many types of infrastructure development and urbanization. The paper lays out specific management recommendations for new infrastructure projects in tropical forests that can also be applied to urban and rural residential areas.

The Smithsonian’s National Zoo and Conservation Biology Institute leads the Smithsonian’s global effort to save species, better understand ecosystems and train future generations of conservationists. As Washington, D.C.’s favorite destination for families, the Zoo connects visitors to amazing animals and the people working to save them. In Front Royal, Virginia, across the United States and in more than 30 countries worldwide, Smithsonian Conservation Biology Institute scientists and animal care experts tackle some of today’s most complex conservation challenges by applying and sharing what they learn about animal behavior and reproduction, ecology, genetics, migration and conservation sustainability to save wildlife and habitats.

About Working Land and Seascapes

Working Land and Seascapes (WLS), an Action Area of the Smithsonian Conservation Commons, is an initiative that supports Smithsonian science in the service of people and nature. WLS scientists collaborate with partners and communities across 13 countries to conduct interdisciplinary research and inspire action that fosters healthy, resilient and productive landscapes and seascapes. 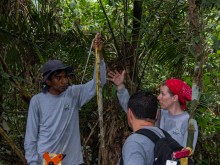 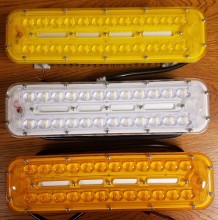