New At the Zoo: Amur Tiger

There’s a new tiger in town! Meet Pavel, a 10-year-old Amur tiger who lives at the Smithsonian’s National Zoo’s Great Cats habitat. He made his debut this week and is the first of his endangered species to be on exhibit here in 70 years. In this Q&A, get the scoop on Pavel from Great Cats curator Craig Saffoe.

Why did Pavel come to the Zoo?

To put it simply, we love tigers! Recently, the Great Cats habitat has been home to Sumatran tigers primarily. The last time we exhibited Amur tigers was 1948—70 years ago. We have the space and capability to house three large cat species.

In the past 8 years, we’ve had great success breeding our adult African lions—Luke, Naba and Shera—and they have produced 13 cubs. Having so many lions meant that we only had space for them and Sumatran tigers. Now that our lions are getting older and most of their cubs have been sent to other zoos per the Association of Zoos and Aquariums’ Species Survival Plan recommendations, we have created space for another large carnivore species. My team is excited to have the opportunity to educate visitors about the different subspecies of tigers and the ongoing conservation efforts in their native habitats. Although we do not have plans to breed Pavel, we look forward to breeding this species in the future. 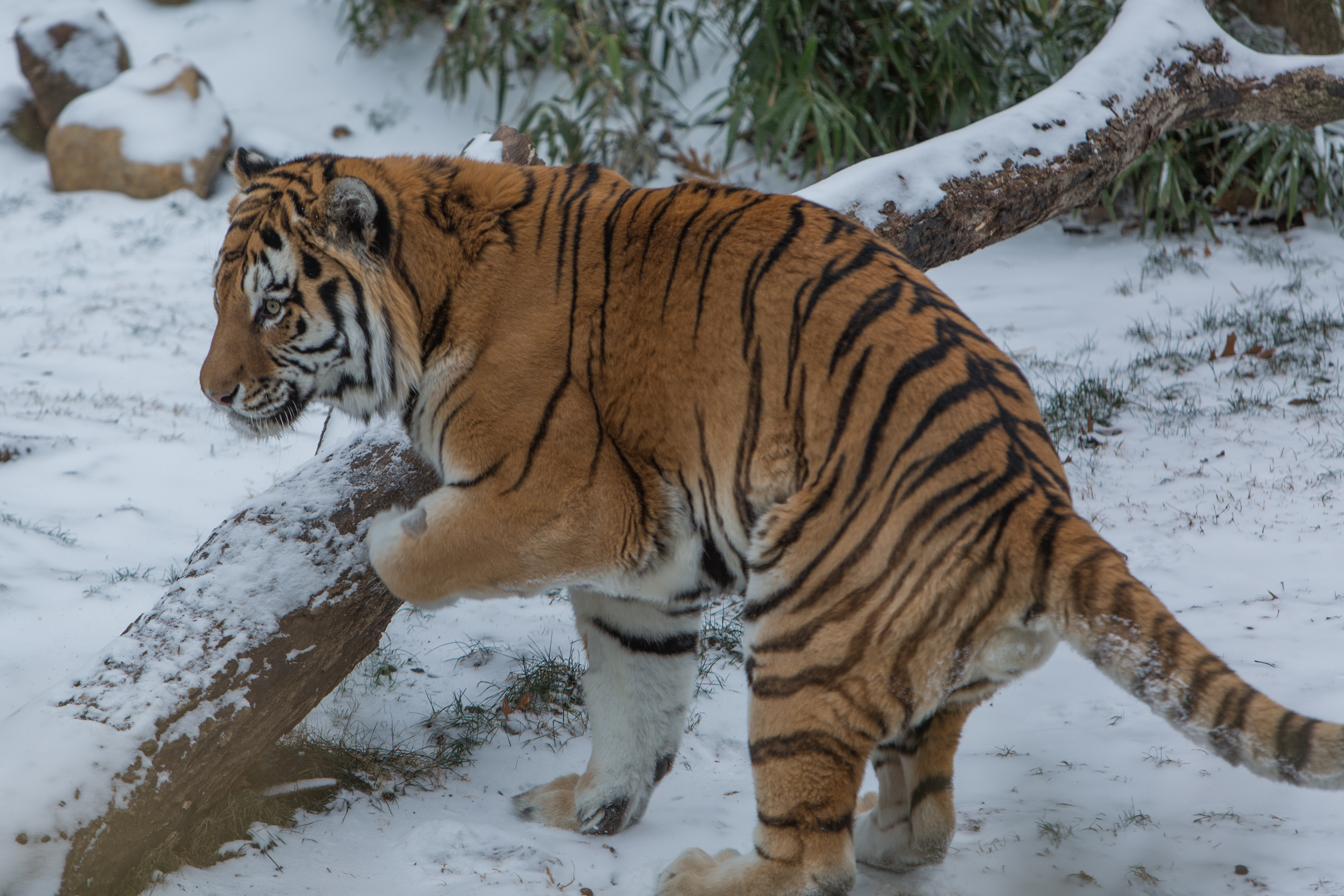 Like most big cats who are introduced to a new place and new people, he is reserved and cautious when it comes to exploring his environment. That said, he is interacting well with his keepers and appears to be a relatively laid-back tiger. 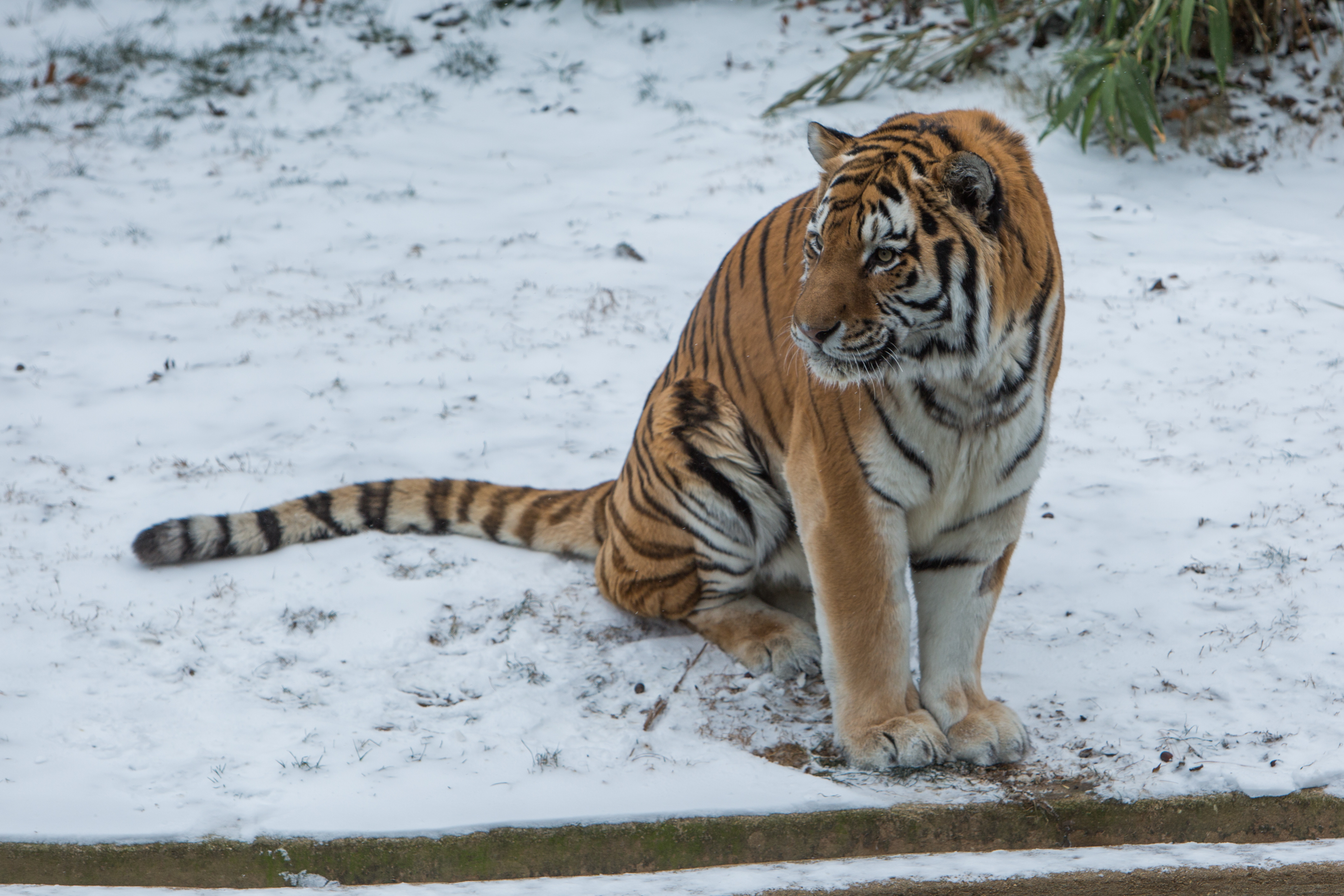 Amur tigers are commonly referred to as Siberian tigers, a nickname they received because of the region where they were found. Unfortunately, populations are declining due to habitat loss and poaching, both of the cats and their prey. Today, only about 360 tigers remain in a smaller geographic area near the Amur river, which is why scientists now refer to them as Amur tigers. 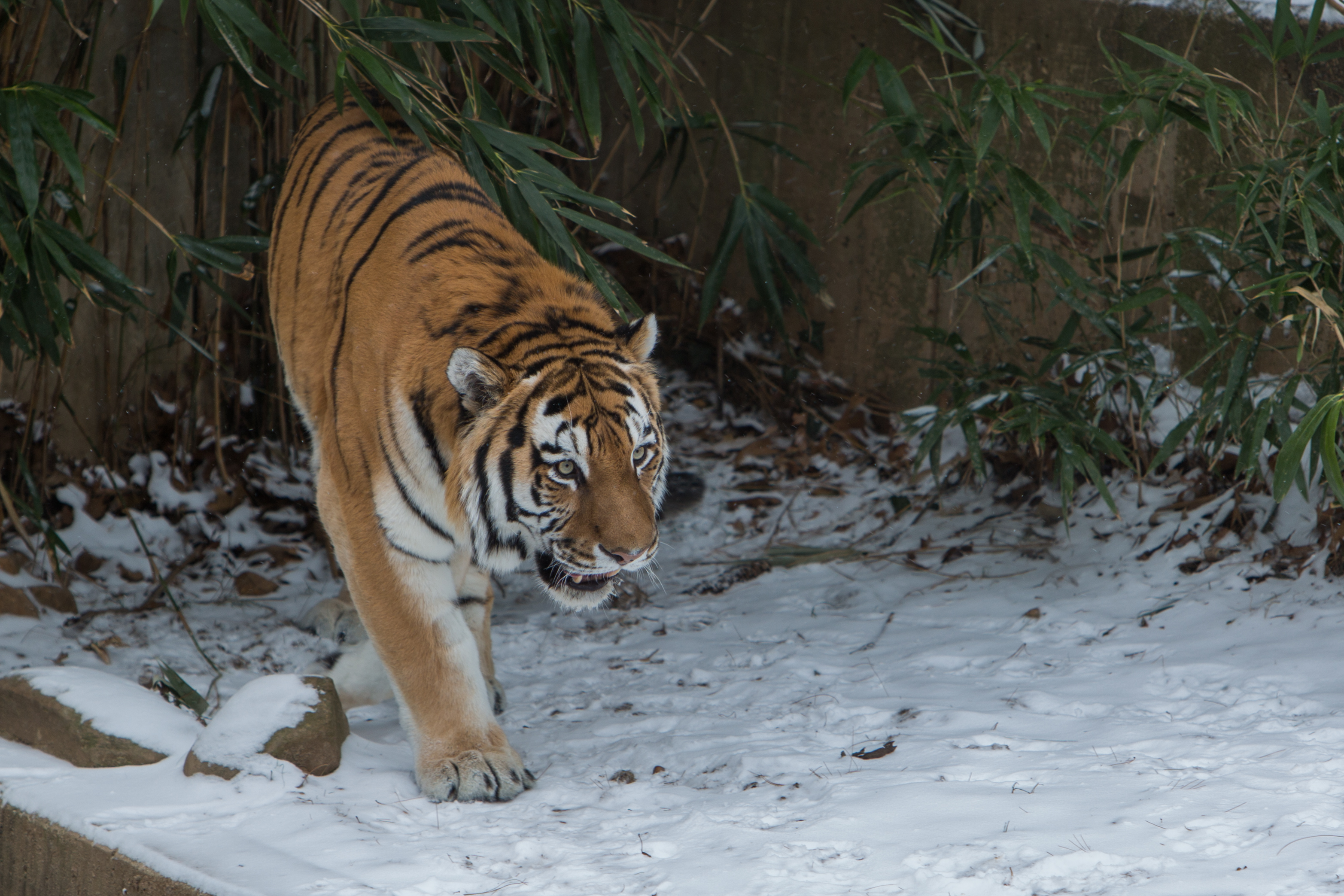 How can visitors tell these the two tiger subspecies apart?

Size and the color of their fur are the biggest clues for telling the two subspecies apart. Sumatran tigers are native to the forest of Sumatra and are the smallest of the subspecies; on average, a fully grown male weighs about 250 pounds. Amur tigers are found most commonly in the forests of Russia and China; they can weigh up to 600 pounds and are the world’s largest cat species. Pavel weighs about 310 pounds, but he still appears very large in comparison to our Sumatran tigers, Damai and Sparky, and even our African lions.

The physical differences between these two subspecies are largely due to where the cats live in the wild. Amur tigers live up north, where the weather is cold and the extra weight helps them to keep warm. Sumatran tigers, on the other hand, are found furthest south and don’t need to pack on as many pounds in their tropical climate.

Apart from size, Sumatran tigers’ fur has a burnt-orange hue, whereas the coat of an Amur tiger is a lighter orange color. 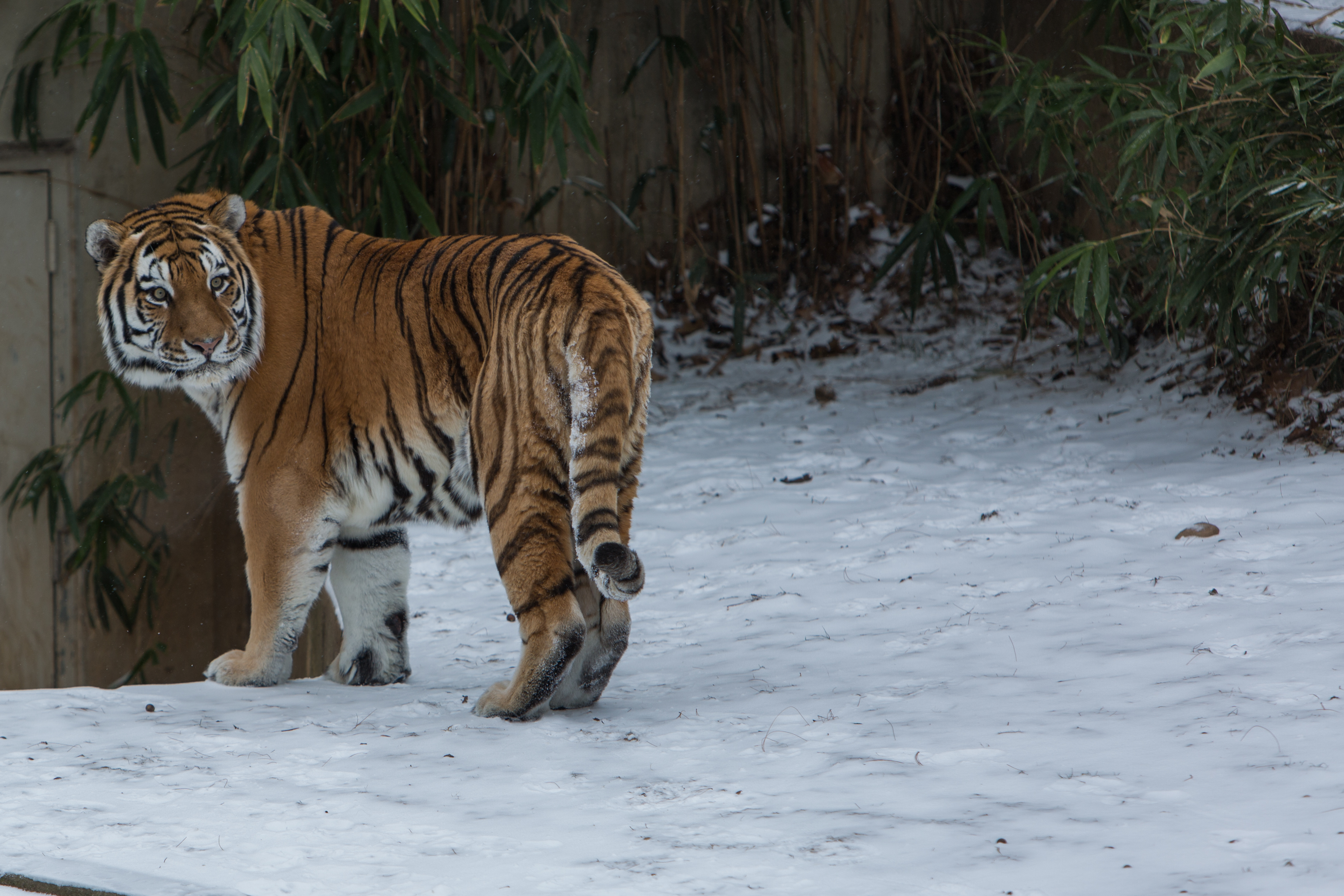 What is the biggest misconception about Amur tigers?

Because of the lighter color of Amur tigers’ fur, some people confuse them with Bengal tigers, which possess a recessive gene that affects the color of their fur, making it appear white. This gene does not appear to occur in Amur tigers.

This story appears in the January 2018 issue of National Zoo News.