Figuring out the sex of a porcupine can be a difficult task. They aren't always easy to handle, and when they are young they show no sexual dimorphism. But veterinarians, geneticists, and keepers at the Smithsonian's National Zoo have figured out a novel and easy way to determine the sex of prehensile-tailed porcupines, and all it takes is a single quill.

A team at the National Zoo gathered porcupine quills from 22 porcupines submitted by five different institutions, and ran a DNA analysis on the quills for the gene linked to sex determination. While DNA has regularly been extracted from other animal parts, such as hair, feathers, and feces, this was the first time scientists attempted to extract DNA from porcupine quills. Quills from eight animals of known sex were used as controls against the quills of 14 animals of undetermined sex. After DNA testing, results showed that through this method, the scientists were accurately able to distinguish the male porcupines from the females. The sex of all original 22 porcupines has since been verified through opportunistic exams or behavioral observations.

Extracting DNA from quills is a safe and fast method that makes it much easier for zoos to manage young porcupines in their care. Animal care staff can easily exfoliate and gather the quills by gently petting the animals.

This technique is the result of an innovative partnership between National Zoo scientists and animal care staff. It offers a fast, non-invasive method that benefits both the animals and the keepers. The ability to determine sex allows keepers to better manage the population under human care. The results of the collaborative research were recently published in Zoo Biology, and might also be extrapolated to other porcupine species for conservation and wildlife management.

The prehensile-tailed porcupine is an arboreal porcupine that inhabits the forests of South America. They are listed as a species of least concern by the International Union for Conservation of Nature. 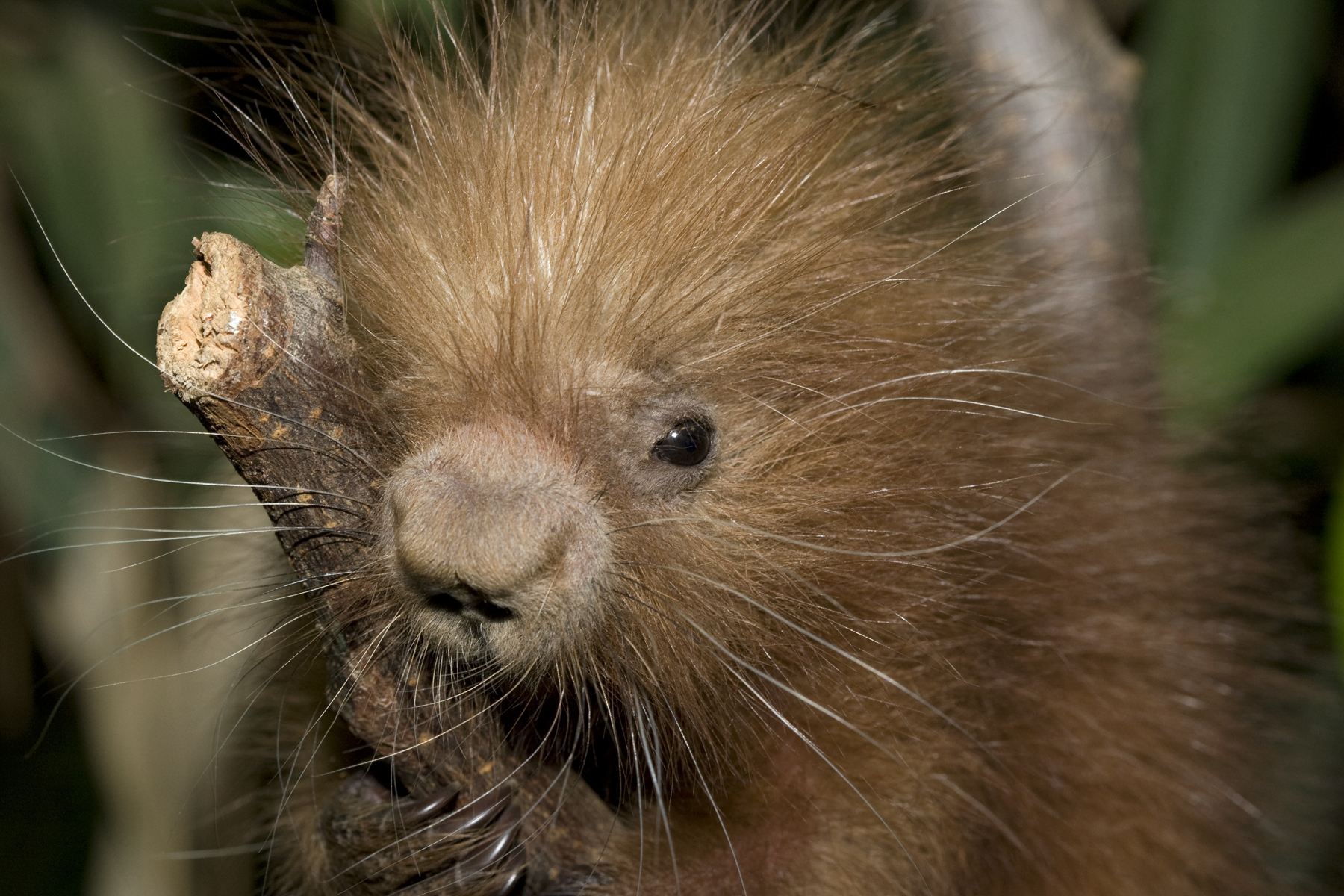