May. 01, 2020
Uplifting Stories: Spring is for the Birds
May. 01, 2020
Bringing the Zoo to You: April 2020 Edition
Apr. 13, 2020
White-Naped Crane Hatches at the Smithsonian Conservation Biology Institute
END_OF_DOCUMENT_TOKEN_TO_BE_REPLACED
Physical Description
The elegant white-naped crane is the only crane species with pinkish legs and a dark gray and white striped neck. The bird's hind neck, nape and top of head are white. Its eyes are surrounded by an extensively red face patch, which also serves to identify this species. Adult plumage is dark gray, and wings and wing coverts are silver-gray. Males and females are virtually indistinguishable, although in breeding pairs males tend to be slightly larger in size than females. Juvenile white-naped cranes have a brown head and pale throat.
Size

At 125 centimeters (4 feet) and weighing 5.6 kilograms (12 pounds), this species is almost as large as the red-crowned crane.

White-naped cranes are native to northern Mongolia, southern Siberia, Korea, Japan and central China, and are found in in grassy marshes, wet sedge meadows and reedbeds in broad river valleys, lake depressions and boggy upland wetlands. They prefer areas where their nests can be concealed and there is little grazing pressure.

The white-naped crane's preferred habitats are also less aquatic than the red-crowned crane's, although they are found over much of the same breeding range. In winter, white-naped cranes frequent freshwater lakes, farmland and occasionally coastal flats. In many portions of its breeding and winter range, the white-naped crane is regularly found in the company of other cranes.

Communication
The white-naped crane has a high-pitched penetrating call.
Food/Eating Habits
White-naped cranes are omnivorous. They are proficient diggers, excavating the tubers of several species of sedges and feeding on plant matter, such as seeds, roots and tubers of aquatic plants. They also eat insects and small vertebrates, such as amphibians and rodents. Outside of the breeding season, white-naped cranes consume more grains, seeds and tubers.
Reproduction and Development

Mated pairs of cranes, including white-naped cranes, engage in unison calling, which is a complex and extended series of coordinated calls. The birds stand in a specific posture, usually with their heads thrown back and beaks skyward, during the display.

Female white-naped cranes initiate the display and utter two calls for each male call. The male always lifts his wings over his back during the unison call, while the female keeps her wings folded at her sides. All cranes engage in dancing, which includes various behaviors such as bowing, jumping, running, stick or grass tossing, and wing flapping.

Dancing can occur at any age and is commonly associated with courtship. However, it is generally believed to be a normal part of motor development for cranes and can serve to thwart aggression, relieve tension and strengthen pair bonds.

The white-naped crane's breeding season is in the spring from April to June. Nests are mounds of dried sedges and grasses in open wetlands. Females usually lay two eggs at two or three days apart and incubation (by both sexes) lasts 28 to 32 days. Both parent birds take part in building the nest, incubating the eggs and rearing the chicks.

The male takes the primary role in defending the nest against possible danger. White-naped crane chicks are yellow-brown with some darker spots. They are fed by both parents and fledge about 70 to 75 days after hatching. Young birds are sexually mature at 2 to 3 years of age.

Lifespan in the wild is unknown. In human care, the median age for both males and female white-naped cranes is 15.1 years. The oldest known crane in a managed population lived to be 45 years old.

White–naped cranes are listed under Appendix I of the Convention on International Trade in Endangered Species of Wild Fauna and Flora (CITES). The white-naped crane is the fourth-rarest crane with population estimates around 4,900 to 5,300.  Although accurate data on population trends are limited, numbers are thought likely to be in rapid decline due to habitat loss in both breeding and wintering grounds, as well as other confounding factors, such as hunting, disturbance, nest predation and pollution.

The loss of wetlands to agricultural expansion and growing human demand for water, on both breeding and wintering grounds, are the birds' main threat. Between the years 2000 and 2009, wetland loss in the western part of the range was greatly exacerbated by prolonged drought conditions, part of a climatic cycle that was expected to persist until 2015.

Breeding birds are also threatened by fires, and livestock grazing may cause disturbance and reduce the availability of suitable nesting habitat. In their wintering grounds, the birds' main threats are development and increasing human disturbance of wetlands.

Conservation measures to protect the white-naped crane and its habitats have included legal protection in all range countries; international cooperation to protect the species and to manage key protected areas in the China-Russia-Mongolia border region; the establishment of protected areas in important breeding and wintering habitats; regular surveys of the population at migration stopover points and on wintering grounds; expanded research on the species throughout its range; and the involvement of non-governmental organizations in research, habitat protection and captive propagation programs.

Limited releases of captive-reared birds have been carried out at the Zhalong Nature Reserve in China and the Khinganski Nature Reserve in Russia. Priority conservation measures include expanded international cooperation in managing protected areas and in research on migration patterns and timing, as well as the expansion of existing reserves and establishment of new protected areas (especially in Mongolia, northeastern China, and the Korean Peninsula).

White-naped cranes are bred at the Smithsonian Conservation Biology Institute (SCBI) in Front Royal, Virginia, for the purpose of maintaining and increasing the genetic diversity of the species. There are no reintroduction programs at this time. SCBI has produced 14 white-naped crane chicks in the past nine years and a total of 32 white-naped crane chicks over the last 30 years. SCBI is distinguished among crane breeding facilities due to continued success with artificial insemination and egg sexing.

Many of the cranes housed at SCBI were sent to the institution, because other facilities have had trouble breeding the individuals. One such white-naped crane, a female nicknamed Walnut, was hand raised at another zoo where she allegedly killed potential breeding mates. Because she was hand raised, Walnut had also imprinted on humans. She arrived at SCBI at the age of 24 having never produced fertile eggs and was the most genetically valuable female white-naped crane in human care.

Since moving to SCBI, Walnut has successfully produced five female chicks through artificial insemination procedures. The chicks were foster raised by an adjacent pair of white-naped cranes. Today, Walnut is a grandmother. One of her offspring had chicks at the Columbus Zoo in 2009, and a second offspring had chicks at SCBI in 2011. 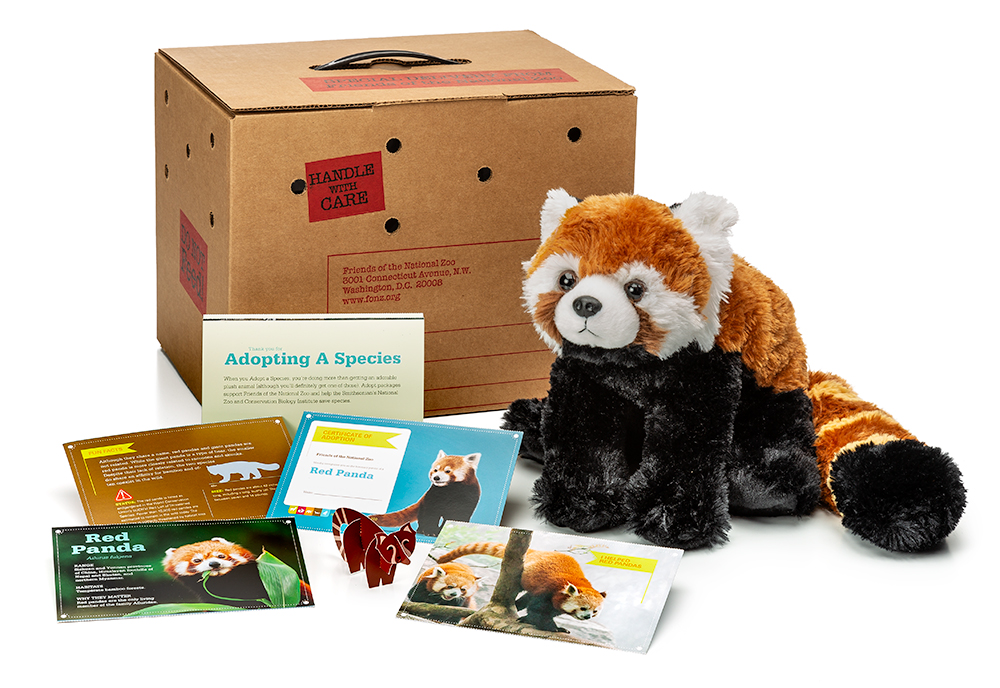