To Breed or not to Breed 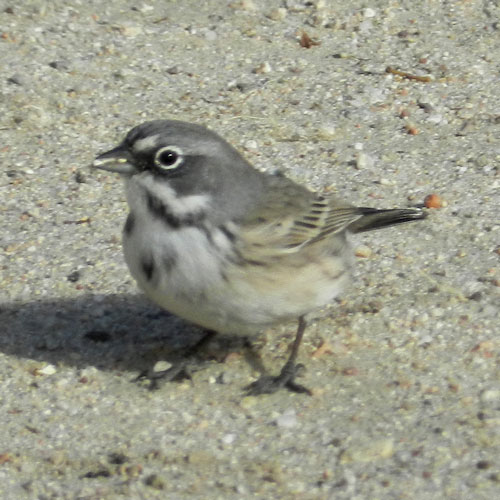 The San Clemente sage sparrow (Amphispiza belli clementeae) is a threatened, non-migratory subspecies endemic to San Clemente Island (SCI), which is the southernmost of the California Channel Islands.

The U.S. Navy, which owns and manages SCI, has contracted the Institute for Wildlife Studies (IWS) to monitor this species since 1999.

The first time I flew out to SCI from mainland San Diego to work with the threatened San Clemente sage sparrow it was the middle of their breeding season and we had no idea what to expect. We knew that SCI was off-limits to civilians except those working with the military, so we felt fortunate to be one of the few biologists allowed to live and work on an island inhabited by a host of endemic animals and plants.

We had seen a topographic map of the island prior to our visit, but after a short 30-minute flight in a twin-engine propeller plane, the outline of the island began to take shape through the low fog, and we were stunned by its rugged terrain.

A large central plateau dominated by grasslands runs the spine of the island and is drained by long, rugged canyons that run southwest with shorter canyons on the eastern escarpment that are so steep that they seem to fall directly into the surrounding ocean (Figure 2). As the plane circled the landing strip on the northwest side of the island, we caught our first glimpse of the distinct marine terraces where San Clemente sage sparrows are predominantly found during the breeding season.