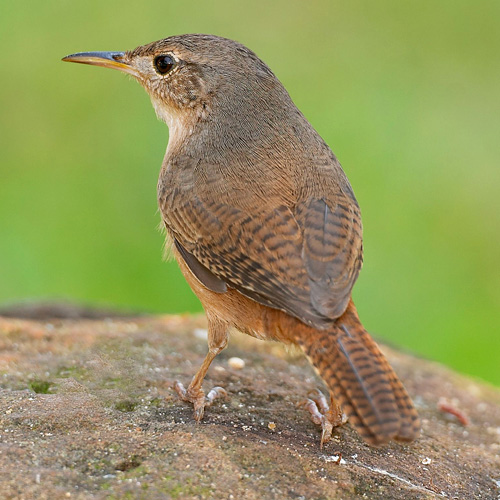 One of the loudest birds that we hear in our yards is also one of the smallest. The tiny house wren weighs only 11 grams, about the same as 2 quarters, and is a mere 4 inches long.

With its small size and unassuming coloration it is an easy bird to overlook, but the male's frequent bouts of effervescent singing give it away. That, and the fact that it often nests in our bird houses. Perhaps Birdhouse Wren would be a better name for it?

House wrens eschew pristine forests and vast prairies in favor of the scrubby habitats in between. They probably were not very common before Colonial times and have benefited from the creation of urban and suburban habitats.

They live across most of North America in the summer and in the southern United States in winter. Related subspecies can be found through Central and South America.

Despite its ubiquity, studies comparing house wrens in urban areas with those in rural areas revealed some key differences:

As a result, when urban chicks are ready to leave the nest they are smaller and lighter than their country cousins. It is likely that there are more big juicy bugs in rural areas so the country wren parents get to relax a little more. 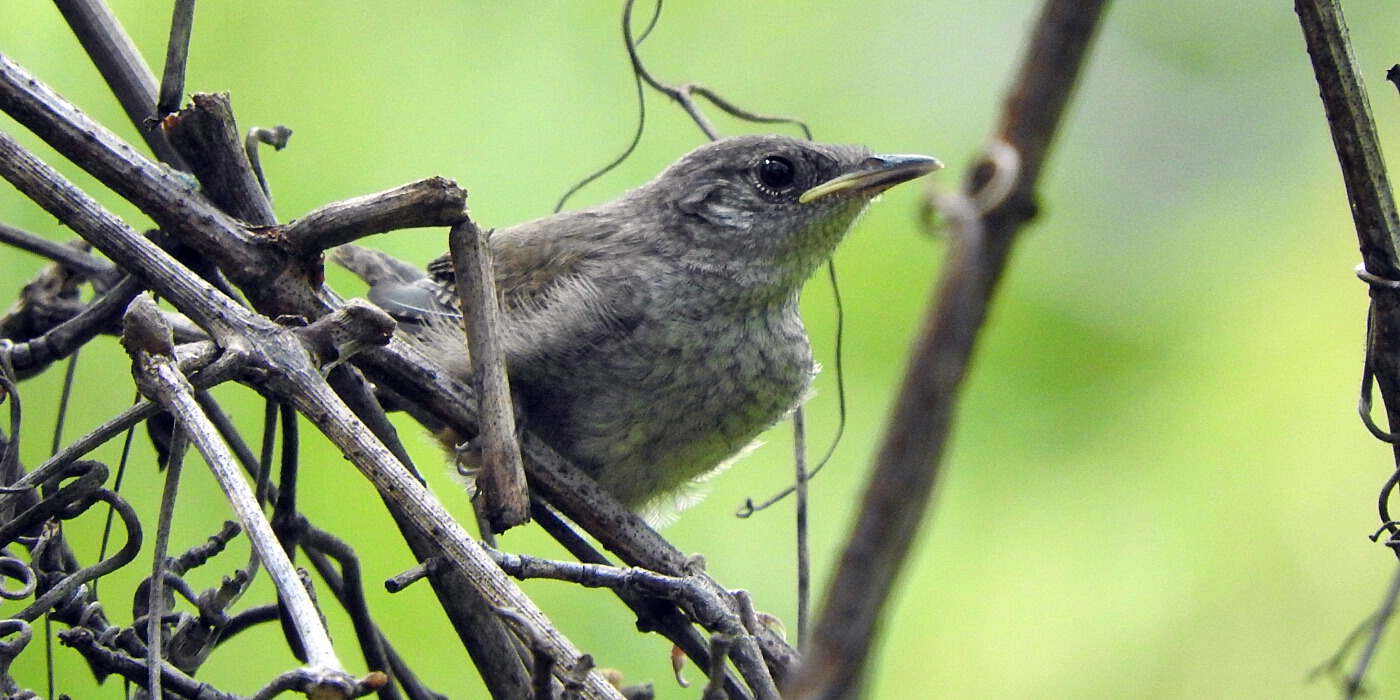 The city wrens do have one thing going for them: There are predators around, so the young are more likely to fledge.