Three-year Project with a Goal of Restoring Native Wildlife to the Prairie
Nov. 01, 2018

The Smithsonian Conservation Biology Institute (SCBI) and American Prairie Reserve (APR) are collaborating to protect and restore one of North America’s greatest treasures — the prairie. Together, they will work to better understand how changes to the grasslands affect the wildlife that call it home — from the mighty bison to the tiniest insects — and ultimately reintroduce species that have disappeared from this landscape, such as the swift fox and black-footed ferret, into APR lands in northeastern Montana. This collaboration is made possible by the support of John and Adrienne Mars.

“It’s fitting that the Smithsonian is collaborating with American Prairie Reserve to understand and preserve such a vital ecosystem,” said Steve Monfort, John and Adrienne Mars director, Smithsonian’s National Zoo and Conservation Biology Institute. “The land the American Prairie Reserve is restoring is where the Lewis and Clark expedition first saw vast herds of wildlife. We’re excited to bring the knowledge and technology that we have in the Smithsonian’s conservation tool belt to explore how animals, plants and vegetation are interacting to support sustainable management of this iconic landscape.”

America’s prairies were once among the world’s largest temperate grassland. Vast herds of migrating bison, pronghorn and elk roamed these grasslands, supporting indigenous human populations. Small and large predators, such as the black-footed ferret, swift fox, wolf, puma and grizzly bear, also share this important ecosystem. Before the arrival of European settlers, more than 40 percent of North America was covered by prairie, and more than 60 million bison grazed there. Today, only a fraction of the prairie survives, and the remaining small bison herds are restricted to protected lands. Current efforts to preserve and restore prairie ecosystems are mostly restricted to isolated prairie fragments that cannot support all native species and grassland migrations. Because these ecosystems were not well-studied before they disappeared, scientists are now trying to learn as much as they can about the basic ecology of the prairies to develop more effective conservation strategies to restore them.

“Our approach to land management and biodiversity restoration has been guided by what we call the Freese Scale for Grassland Restoration,” said Kyran Kunkel, APR’s director of wildlife restoration and science. “This scale identifies 10 major ecological drivers for restoring endangered, temperate grasslands including grazing patterns, hydrology and fire. We are working with the Smithsonian to refine this score to reflect prairie conditions suitable for wildlife.”

APR is purchasing land as well as restoring and reconnecting prairie ecosystems and their wildlife. Through purchased, leased and partner lands, the Reserve currently encompasses over 400,000 acres in northeastern Montana. APR’s vision includes reconnecting 3 million acres of public and private prairie lands to reestablish large bison, elk and pronghorn herds, rebuild prairie dog towns and reintroduce small and large predators to the prairie.

“The science is sound,” Kunkel said. Bringing bison back to the mixed-grass prairie offers an evolutionary tested strategy to help restore and maintain the health of the land and improve diversity for native plants and wildlife.”

SCBI scientists will help APR study the link between land management and biodiversity, focusing on important species, such as bison and prairie dogs. These landscape engineers shape the prairie ecosystem for other bird and mammal species, such as burrowing owls and swift foxes. SCBI ecologists will measure the diversity of breeding birds and large mammals, map the mosaic of landscapes and test survey methods for birds and mammals. The Smithsonian’s research will be used to develop planning tools that highlight how different long-term management strategies will affect biodiversity.

“I am so impressed by the capacity of local people to live with significant wildlife populations, and the ability of Reserve staff to manage bison across such an expansive landscape,” said Bill McShea, lead Smithsonian scientist for the project. “We can use this dynamic project to learn about reshaping landscapes that support both humans and wildlife.”

The first phase of the project will create the foundation data for reintroduction and anticipated immigration of species lost in the last century in this landscape. Scientists will map the current and potential extent of prairie dog towns between APR land and resident black-footed ferret colonies in adjacent areas, determine the predator communities that inhabit prairie dog towns within the study area and nearby forested areas, and understand how the prairie communities differ between cattle, bison and livestock-free land units. For the duration of this project, two Smithsonian conservation biologists will be stationed at the Reserve to coordinate the Smithsonian’s research efforts.

The Smithsonian’s National Zoo and Conservation Biology Institute has been a champion of the conservation of prairie species for more than a century. The Zoo was one of the first organizations to initiate bison conservation, and SCBI has a long history of studying, breeding and reintroducing black-footed ferrets to their native habitat. SCBI has an active program in working land- and seascapes where ecosystem function and services are linked to land management.

The American Prairie Reserve’s mission is to create the largest nature reserve in the continental United States, a spectacular refuge for people and wildlife preserved forever as part of America’s heritage. When complete, the Reserve will be larger than Yellowstone and Glacier National Parks combined and will support all the animals that historically called the Great Plains home, including bison, wolves, bears, elk, deer, pronghorn, bighorn sheep, swift fox, upland birds, birds of prey, snakes, amphibians and insects. 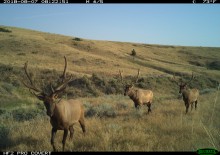 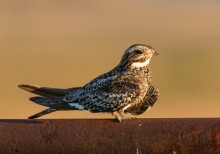 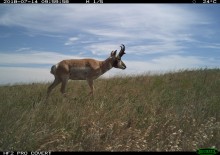 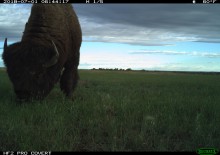 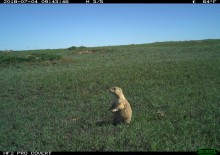 Restoring America's Wild Prairie
Smithsonian scientists are collaborating with the American Prairie Reserve to protect and restore one of North America's greatest treasures — the prairie.

Jan. 31, 2022
Landmark Study Demonstrates Cultural, Ecological and Economic Benefits of Tribal Bison Restoration
Nov. 12, 2021
A Rare Look Inside the Nests of Declining Prairie Songbirds
Sep. 20, 2021
How I Study Elusive Prairie Bobcats
Sep. 10, 2021
Learning About Swift Foxes from What They Leave Behind