Tropical Sea Urchin Is Grown in Lab for First Time

For the first time, a tropical sea urchin — a species intrinsically linked to the long-term health and survival of coral reefs — was grown successfully from cryopreserved embryos at the Smithsonian’s National Zoo and Conservation Biology Institute laboratories at the Hawaii Institute of Marine Biology.

More than 950 species of sea urchins play a vital role in reef ecosystems as grazers, reducing algae cover and maintaining the critical balance needed for coral to thrive in tropical waters. Tripneustes gratilla, also known as collector urchins, are found at depths of 7 to 100 feet in the warm waters of Hawaii, the Indo-Pacific, the Red Sea and the Bahamas. While embryos from cooler, more temperate urchins have been cryopreserved and settled, T. gratilla is the first tropical urchin to have settled and metamorphosed after cryopreservation.

Working with the Smithsonian cryopreservation and aquaculture team, graduate student Charley Westbrook, from the University of Hawaii, cryopreserved the embryos and then banked them for several months. After thawing, the samples were reared on a diet of phytoplankton, which allowed the embryos to develop through various planktonic forms in aquaculture during the pelagic larval phase of their lives.

“I’m super stoked!” Westbrook said. “There were many crucial steps in the cryopreservation protocol and rearing process. Every new developmental stage reached by the embryos and larvae was an extremely encouraging success for me.”

Potential next steps for this project include protocol optimization and attempting to scale up production rates using cryopreservation techniques to potentially help with restoration.

Habitat destruction, overfishing, climate change, sedimentation, natural disasters and oil spills have contributed to the decline of coral reefs and urchins worldwide. Urchins have a restricted breeding period and are overfished because they are a food delicacy called uni (urchin roe), popular in restaurants. Additionally, climate change has caused repeated bleaching events on reefs around the world; such events stress the corals and can lead to disease or death. Maintaining a diverse grazing community, including sea urchins, on coral reefs is vital to the ecosystem’s overall resilience and capacity to endure future stress events.

The devastating impact of the loss of a tropical sea urchin to a coral reef ecosystem was seen in the 1980s when the spiny sea urchin, Diadema antillarum, contracted a virus causing a mass die-off of nearly the entire population throughout the Caribbean. Without the urchins, the coral became overgrown and eventually dominated by algae, killing many of the reefs in the region.

In Hawaii over the past 50 years, habitat degradation contributed to an almost complete loss of coral and sea urchins in Kaneohe Bay. During this same period, increased nutrients and overfishing of herbivorous fish facilitated the invasion of alien algae species in the bay, which began blanketing the reef and smothering corals. This spurred the Hawaiian government to investigate the potential use of the collector urchin, T. gratilla, as a biocontrol agent for the alien algae, which led to the construction of a state-supported urchin nursery to try and rear urchins and return them to the reef. It was a difficult and time-consuming process because very little was known about rearing tropical urchins, especially the food they needed to grow and metamorphose into tiny mature urchins.

Coral reefs are nursery grounds for one-quarter of all marine life, protect and feed more than 14% of the human population and contribute billions of dollars to the global economy. The potential to successfully cryopreserve tropical sea urchin embryos and grow them in a lab is the first step in a proof-of-concept process for warm water coral restoration efforts and a new food production opportunity for the aquaculture industry.

The Smithsonian’s National Zoo and Conservation Biology (NZCBI) Institute leads the Smithsonian’s global effort to save species, better understand ecosystems and train future generations of conservationists. Its two campuses are home to more than 2,000 animals, including some of the world’s most critically endangered species. Always free of charge, the Zoo’s 163-acre park in the heart of Washington, D.C., features 1,800 animals representing 360 species and is a popular destination for children and families. At the Conservation Biology Institute’s 3,200-acre campus in Virginia, breeding and veterinary research on 200 animals representing 20 species provide critical data for the management of animals in human care and valuable insights for conservation of wild populations. NZCBI’s 305 staff and scientists work in Washington, D.C., Virginia and with partners at field sites across the United States and in more than 30 countries to save wildlife, collaborate with communities and conserve native habitats. NZCBI is a long-standing accredited member of the Association of Zoos & Aquariums. 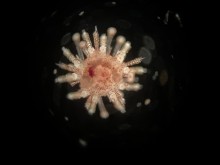