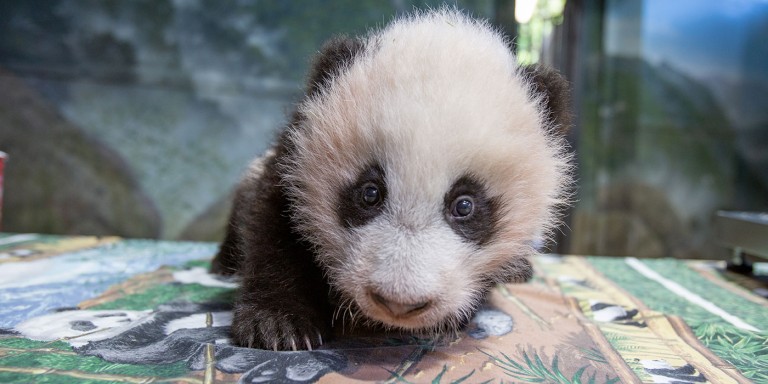 This program is part of the Smithsonian Associates Streaming series. Online registration is required.

If you register multiple individuals, you will be asked to supply individual names and email addresses, so each person can receive a Zoom link email. Please note that if there is a change in the program schedule or a cancellation, Smithsonian Associates will notify you via email, and it will be your responsibility to notify the other registrants in your group.

The world held its breath, then rejoiced when the Smithsonian's National Zoo’s giant panda, Mei Xiang, gave birth to a healthy male cub Aug. 21, 2020. It was especially joyful for panda fans who watched the event via the live Panda Cam and have since witnessed the cub's many milestones, from opening his eyes to taking his first steps.

The birth of the cub, recently named Xiao Qi Ji ("little miracle"), also marked several important scientific breakthroughs. Reproductive scientists from the Smithsonian Conservation Biology Institute (SCBI) and Zoo veterinarians performed an artificial insemination on Mei Xiang with frozen semen collected from Tian Tian. She is the oldest giant panda in the United States to give birth. She is also the country’s first giant panda to have a successful pregnancy after the use of frozen semen.

SCBI staff scientist Pierre Comizzoli, who oversaw the artificial insemination process, and Laurie Thompson, assistant curator for giant pandas at the Zoo, discuss the panda’s birth and provide an update on his growth and development.