Skip to main content
X
× EFFECTIVE MONDAY, NOV. 23: As a public health precaution due to COVID-19, all Smithsonian museums will temporarily close. We are not announcing a reopening date at this time and will provide updates on our websites and social media.

Nerd Nite DC at the Zoo

Nerd Nite DC at the Zoo

This event is SOLD OUT. Tickets are no longer available.

On Oct. 13, the Smithsonian's National Zoo will host Nerd Nite DC for a special animal-themed evening of creative presentations and libations! Don't miss the chance to explore the comedic side of science, as experts in their fields speak candidly about the topics you won't find in a textbook.

Nerd Nite is a monthly-ish informal gathering at which nerds get together for nerdery of all sorts. Nerds and non-nerds alike gather to meet, drink and learn something new. This event will be hosted in the Zoo's new Conservation Pavilion from 6:30 p.m. to 8:30 p.m.

The Cassowary: The Amazing Fecal Powers of the Most Dangerous Bird in the World

In Australia, everything can kill you, and birds are no exception. Cassowaries are semi-famous for their body count, but they should be more famous for the wondrous powers of their digestive system. Former field study researcher Billy Grayson will share some fascinating facts about this terrifying bird, including the amazing role of its poop in biological diversity in the Australian rainforest.

Billy Grayson is a failed field biologist who has instead made a career as an environmental activist, political campaign manager, management consultant and, now, nonprofit executive focused on sustainability in the real estate industry.

Sex Differences in the Amygdala

Brad Cooke is an adjunct associate professor of neuroscience and psychology and currently works at the National Institutes of Health. His research focuses on the development and role of sex differences in the mammalian brain, especially as they relate to susceptibility to mental illness. A native of Washington, D.C., Cooke attended college in Poughkeepsie, New York, and graduate school at Berkeley. He has held appointments at Northwestern University and Georgia State University.

Check back soon for more details!

Brandie Smith is the associate director for animal care sciences at the Smithsonian's National Zoo where she oversees the care of more than 2,700 animals representing more than 390 species. She received her doctorate from the University of Maryland, where her research focused on population genetics and managing large groups of animals. 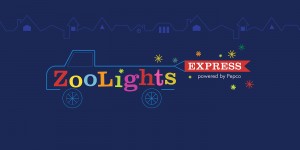 The 24-foot ZooLights Express truck, festively decorated with light displays and featuring “Panda Claws,” will hit the road and visit one Washington, D.C., ward each Friday and Saturday night from 6-8 p.m.

The 24-foot ZooLights Express truck, festively decorated with light displays and featuring “Panda Claws,” will hit the road and visit one Washington, D.C., ward each Friday and Saturday night from 6-8 p.m.