Six of the 11 vulture species occurring in sub-Saharan Africa are now critically endangered and threatened with extinction. As keystone species, vultures represent fundamental components of ecosystems, providing important functional services such as carcass removal. They subsequently regulate populations of mammalian scavengers that are important reservoirs for zoonotic diseases, including rabies. Through these mechanisms, vultures have been shown to reduce the risk of these diseases, thus playing an important role in the health of people and their livestock.

Anthrax poses an undervalued conservation and public health threat in low- and middle-income countries, such as Kenya, where it threatens wildlife (such as the endangered Grevy’s zebra), pastoralists and their livestock. Through their close association with carcasses, vultures are exposed to a broad range of pathogens to which they have developed remarkable tolerance. As such, it is possible that these birds could be used to identify disease risk zones over a large area. However, the role of vultures in the epidemiology of pathogens, such as anthrax, remains unclear.

With partners at the International Livestock Research Institute, The Peregrine Fund, Saint Louis Zoo, National Museums of Kenya and Kenya Wildlife Service, this project investigates the epidemiology of anthrax in free-ranging vultures across Kenya, and relates this to the broader picture of the disease in humans, livestock and terrestrial mammals in the country. This project aims to not only describe the presence of anthrax in vulture populations and how this varies with physiological factors such as species and age, but also to assess these birds as an efficient "One Health" surveillance model for determining the geographic extent of anthrax over a large area.

This study is made possible thanks to generous funding and support of an ongoing United States Department of Defense Threat Reduction Agency (DTRA) grant, and the Saint Louis Zoo Wildcare Institute. 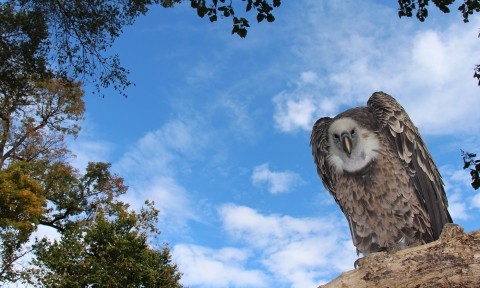